‘Du teey’ harmonics translate from wollof language meaning ‘the love is not today’, capturing the overall sense of footage gave prolong novel story of relationship between two lovers that shared strong love for each other but could not settle together as couple.

It takes courage to love, but pain through love is the purifying fire which those who love generously know.

Speaking to Sarah Joy in an exclusive the singer said she was inspired by people who complained and regret spending lot of time that will later be term as a waste. She said some relationships, some people spend decades together only to realised that they are not meant for each other. At some point they felt is a waste of time, energy and investment. Many instances you see your younger ones settling down which make the whole issue dramatic.

She said that kind of long waiting relationships frustrate both parties involved because is hard to continue life without the person you pictured yourself with, but however sometimes all they need is little motivation and incentives which will either make them stay or leave yet there is a point when you have to give ultimatum to act on.

“Basically the song is to encouraging them to give alternative to the person either to leave or get it official (marriage).”

The song is recorded, mixed and mastered by leading production house in the Gambia, Stylzz Records.  Produced by KAINAWA Beats and shapely video shoot by Ultimate Media.

Already the video geared 4, 081 views on YouTube and still counting the streams.
Sarah Joy is not only known for her beautiful melody singing but also a TV and radio mogulist who has won the hearts of many follower. She often used her platforms to champion Joy house entertainment/promotion, identified as music advocacy group established with the primary objective of empowering female musicians in the music business.

In same exclusive she added that very soon her team (Joy House Entertainment/ promotion) will embark on the famous Girl Power project which entail a bundle of things but the basic idea aimed at creating opportunity and using music to empower the women.

Below is the link of the music video Du Teey 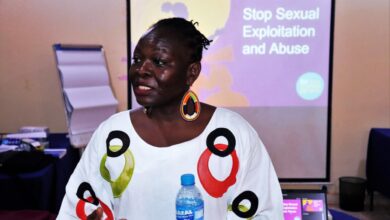