Sadiq, a rising Gambia’s rap artiste has strongly advised the young folks that in life giving up shouldn’t be an option use the negatives as a motivation to keep pushing into waking up the people and reshaping the norms for the future generations.

‘Stages’ is Sadiq debut album  available in all digital platforms worldwide. It  consist of nine tracks recorded at ‘The Playroom’ in Gambia, all beats produced by “The Misfit” all tracks mixed and mastered by Sidy Talla (2Be Musik) Senegal Dakar, Executive producer Retsam.

The album depcit friendship, Money, Girls, Sex & Drugs; a few of the stages people go through growing up.

Sadiq explained that: “Most of the time we drown in our sorrows due to the way society is wired and that leaves us not knowing how to express emotions”

He added that: “As tough as it is growing up in a society where your every move is questioned and support is limited, giving up shouldn’t be an option use the negatives as a motivation to keep pushing into waking up the people and reshaping the norms for the future generations”

“Although I haven’t experienced as much as I’ve put in the project, I try to use the “what if” narrative in the most positive way to make it more relatable and captivating to the ears of the listener” the rising sensational artiste said.

Habib commonly known as Momo by his peers and Sadiq on stage, is a Gambian Hip Hop recording artist. He has been working under Chambaii Music (www.chambaiigroup.com).
Sadiq, the younger brother of the Rapper, Entrepreneur and Activist Retsam of Grandiz Kroo/Chambaii Music .

The brother to Producer MAB-The Last One (HeartCold Records). He was born in September 1999 in The Gambia.

The name was given to him at his tender age by Retsam who thought that his brother was a both a friend (in Arabic “Sadiq”) and jokingly a sadist (in French “sadique”).

At the age of 11, Sadiq recorded his first song which was a remix of “Coming Home” by Puff Daddy. In the same vein, he had his first amateur video clip uploaded on Youtube (search Sadiq-Mo “Coming Home” remix or follow this link:
www.youtube.com/watch?v=iHgm8qNy1lM).

Sadiq grew up in different neighbourhoods, from Kotu, Pipeline, Kanifing and Bakau and later relocated to Madrid, Spain before returning to The Gambia in 2013.

In 2016, Sadiq recorded various songs such as “Respect”, “We On It” and “Payback” with schoolmates. Since his graduation from High School, he began to build more interest in making music and released a remix of “Panda” by Desiigner which attracted a lot of attention.

He was advised to take his time and work on himself and his craft. During that period, Sadiq was unheard, as he was recording tracks and planning to release an EP as his first studio project. But still, he has been interacting and acquainting himself with the people and his environment.

Sadiq has performed in few events such as the Brotherhood, Killa Ace, Abaking of Grandiz Kroo and The Cypher concerts.
Sadiq has chosen to put his worries, anger, thoughts and dreams into music. He takes his time to dig deep into his soul for lyrics that characterize his generation.

Sadiq is a brilliant artist that has passion for success. He has worked on a piece of art that makes him the next big thing. His tracks are soulful and relatable. 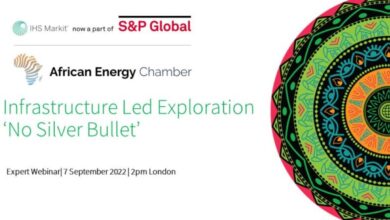