Torrential rains and flooding across South Sudan have created the threat of “catastrophic” levels of hunger and left hundreds of thousands homeless, UN humanitarians said on Tuesday.

“There is a very significant flood, which is covering vast areas of the country”, said Matthew Hollingworth, WFP Country Director in South Sudan. “More than 36 counties of the country are under water, submerging entire villages, homes, farmsteads, killing livestock and putting an end to livelihoods.”

Across Jonglei and Unity State, homes and clinics have been submerged, communities have been stranded and animals “lie dead in the fields”, WFP said in a statement. Schools that were due to open next week “are filled with the homeless”.

The WFP official described the flooding as likely the worst in 60 years and explained that this year’s rains had begun before last year’s flood waters had receded fully.

Some 5.5 million people in the country need humanitarian assistance, according to WFP, representing half the total population.

The 2019 flooding was already “unprecedented” and had led to the expansion of wetlands, the Sobat and Nile basins, Mr. Hollingworth said, adding that this year’s crisis is likely to be even more severe, as the peak of the flood season still lies ahead.

WFP is particularly concerned that crops have been lost in worst affected Jonglei state, where 85,000 people have been displaced by rising waters and some 230,000 people have experienced flooding more than once.

“We’ve seen, as I mentioned, harvests being decimated in Jonglei state…and 45 per cent of all the land that was planted with cereals and sorghum – the mainstay of the diet – have been lost this year. That comes in addition to what we saw very similar last year,” Mr. Hollingworth said.

He added: “This flooding crisis is coming on top of a very grim hunger situation in Jonglei, where already this year 1.4 million people were suffering from acute and severe hunger, in addition to over 300,000 children under five who are acutely malnourished.”

The development adds to the challenges facing South Sudan’s people, where years of civil war, inter-communal conflict, political infighting and corruption have rendered the country vulnerable to natural disaster.

Conflict was “very significant” ahead of this year’s rains in Jonglei, Unity and Lake State, along with the Greater Pibor Administrative Area, the WFP official explained.

This added to the current crisis by preventing humanitarians from delivering food stocks to areas while they were still accessible.

To help “half a million people more than we would usually”, WFP has appealed for $58 million to support assistance for the coming six months. This will help to fund assistance by air and boat to areas that are “completely cut off”, Mr. Hollingworth explained, including communities whose crops have been destroyed by the flooding.

He warned that it was crucially important to provide support to host communities that had to cope with people displaced by flooding or violence to prevent further tensions and flare-ups, as the country continues to make gradual progress on implementing the 2018 peace agreement.

“As cattle move into areas where they weren’t previously put to pasture, as people are displaced into areas where there are not necessarily sufficient resources to look after them as well as the resident community; all of those can breed future problems,” Mr. Hollingworth said.

In the longer-term, it was also important to be able to encourage people to return home and to their livelihoods, he insisted.

“We’ve been seeing natural disasters, we’ve been seeing conflicts displacing people, that is the situation we’re in right now. We have yet to get data back to confirm how bad it will be, but I think we all need to prepare ourselves that we must do everything in our power to avoid famine and to avoid the levels of hunger – the catastrophic hunger – that we’ve seen sadly in the past in this country.”

Uniting Business for A Stronger Africa 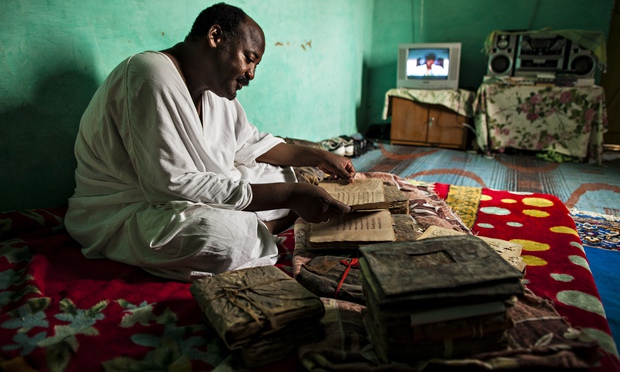 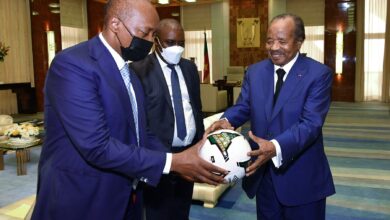