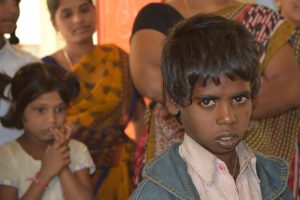 Raju, a young child who was rescued from traffickers by women child rights’ activists in in Andhra Pradesh, India. There is an urgent need for fund allocations to protect the world’s most marginalised and vulnerable children gravely affected by the COVID-19 pandemic. Credit: Stella Paul/IPS

Kerry Kennedy has a clear mission – along with Nobel laureates and leading international figures – she wishes to ensure that hard-won gains in children’s rights are not destroyed by the economic fallout from the COVID-19 pandemic.

In an exclusive interview with IPS, held on the eve of the Fair Share for Children Summit, Kennedy speaks of the urgent need for fund allocations to protect the world’s most marginalised and vulnerable children gravely affected by the COVID-19 pandemic.

She also explains why protecting children is crucial for the achievement of United Nations Sustainable Goals and why the world must also engage the private sector in the effort.

Kennedy warns that because children are increasingly completing their education online, there is a need for greater controls to ensure their safety.

Kennedy started working in the field of human rights in 1981 when she investigated abuses committed by United States immigration officials against refugees from El Salvador. Since then, her life has been devoted to the pursuit of justice, promotion and protection of fundamental rights, and preservation of the rule of law.

The Fair Share for Children Summit global virtual conference takes place from Sept. 9 to 10. It brings together Nobel laureates and leading international figures to demand a fair share for the world’s most marginalised children during and beyond COVID-19. Speakers include Kennedy, the Dalai Lama, Mary Robinson, former president of Ireland and chair of the Elders, 2014 Nobel Peace laureate Kailash Satyarthi, Swedish Prime Minister Stefan Löfven, and Jordan’s Prince Ali Bin Al Hussein. 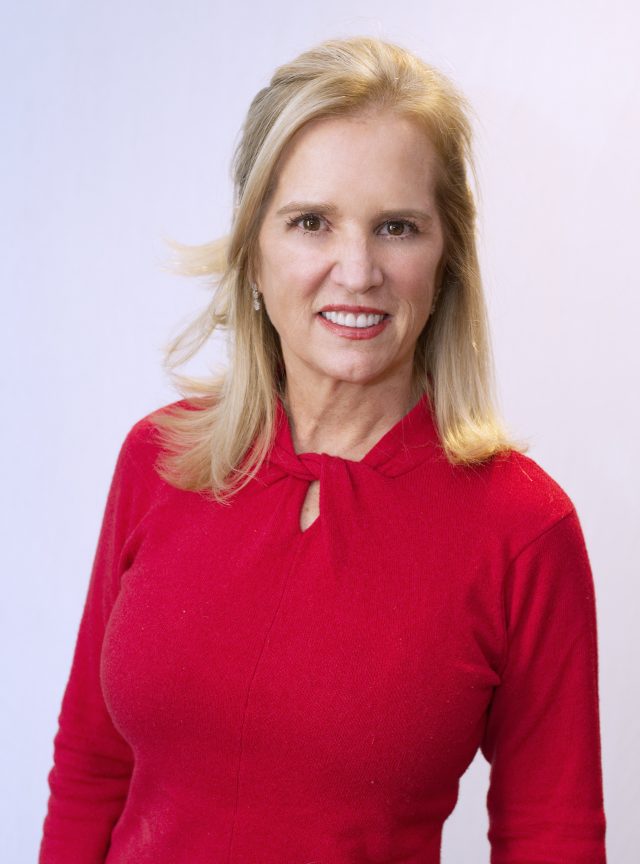 Kerry Kennedy explains why protecting children is crucial for the achievement of United Nations Sustainable Goals and why the world must also engage the private sector in the effort. Courtesy: Robert F. Kennedy Human Rights

IPS: How long have you been associated with Kailash Satyarthi? Could you tell us about your experience of working on child rights?

Kerry Kennedy (KK): Kailash received the RFK Human Rights Award in 1995 for his courageous work emancipating children from slavery and creating systemic change and legal reforms, which make him, arguably, the person who has freed more people from slavery than any person in history. He is not only my colleague, but I consider him one of my closest friends and an inspiration. Both his son and his daughter worked at RFK Human Rights, and my daughter Cara worked at Kailash’s ashram in India.

IPS: Do you think violations of child rights are taken as seriously as they should be?

KK: No. Worldwide there are 152 million children in slavery and other forms of exploitation. We know what the solutions are, we just need to implement them.

IPS: Sexual violence against children has been growing alarmingly. How can this be tackled, especially in a post-pandemic, economically weakened world?

KK: Sexual violence against children is a hidden pandemic we must confront, and we all must play a role in the coming months. This includes paying greater attention to warning signs that children in our communities may have been abused and strengthening reporting mechanisms. We should also help ensure that online protections are in place to keep children safer than ever, especially as their school days are increasingly virtual.

IPS: Why are the protection of child rights crucial for achieving the SDGs?

KK: None of the Sustainable Development Goals can be achieved in isolation. They are all part of the ecosystem of humanity and the protection of the earth. And they all have to be achieved together. Child rights are particularly important because the cycle of violence and exploitation against a child follows that child throughout life and creates a system in which everyone on the supply chain is harmed and lives in fear. We have the expertise and the knowledge to stop that, and we need to do so.

IPS: You have been working a lot with corporations to promote human rights in the private sector. Do you think the corporations can also be roped in to promote child rights?

KK: Of course, our work has primarily been focused on investors in major corporations. Those investors are often pension funds for union labourers or sovereign wealth funds for countries which have an inherent interest in protecting workers and promoting child rights.

Kailash has repeatedly said that child slavery is as much an economic issue as a human rights’ one. We must go further than simply having government regulations in place to eradicate the practice. As Dartmouth Professor Vijay Govindarajan notes, the rug industry has led by example here, with GoodWeave, a non-profit founded by Kailash in 1994, granting licenses to rug importers and exporters who have signed a contract agreeing to adhere to no-child-labour standards.

IPS: The theme of the summit is #FairShare4Children. What would be considered a fair share of the estimated $9 trillion set aside globally to mitigate the effects of the pandemic? Where are the most critical areas? And how should it be managed?

KK: There are an estimated 1.9 billion children worldwide – composing roughly 27 percent of the world’s population. By setting aside a proportional share to address child-specific needs: among them, educational equity; eradicating slavery and sexual violence; ensuring adequate nutrition; medical care and the distribution of vaccines to the poorest and most underserved children is a vital component of creating a better world.

The post Caring for Poorest and Most Underserved Children Vital for Creating a Better World appeared first on Inter Press Service.

IPS senior correspondent Stella Paul interviews KERRY KENNEDY, president of Robert F. Kennedy (RFK) Human Rights, about why allocating funding for the poorest and most underserved children is a vital component of creating a better world.

The post Caring for Poorest and Most Underserved Children Vital for Creating a Better World appeared first on Inter Press Service.