The State-owned refinery of Cameroon, SONARA has been sued before the High Court of Justice in London by Swiss commodities group, Glencore over unpaid bills.

According to Glencore, the amount represents, for the most part, late payment penalties in connection with a supply contract where 1.6 million barrels of crude oil were delivered to SONARA between November 2012 and January 2015. The Swiss trader is suing for non-payment within the contractual deadlines.

The case bought to the England and Wales High Court accuses SONARA of not respecting its contractual commitments. As per reports between 2012 and 2015, four contracts were concluded between the two parties, but the financial requirements were never concluded.

Sonara has not officially reacted to this legal procedure launched before the British courts since June 2020 and revealed by Law360 on August 11, 2020.

Report recommends changes to laws that discriminate against women in Gambia 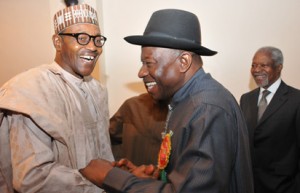 Obama to Nigerians: “You have shown the strength of Nigeria’s Commitment to democratic principles”