Cameroonian international Njie Clinton has apologized for the sexual misconduct he did online. The apology comes more than one year since Njie posted a video of himself in 2019 having sex off Snapchat, a video viewed by thousands of people before it was taken down.

“I am sorry, I had drunk too much,” Njie said as per Orange.fr in 2019. “I celebrated my new contract and wanted to read the news. I pressed the wrong button.”

Sadly, it was not the first time that Njie had a ride on milky waters. Just in 2018, he was alleged to have invited two female friends back to his hotel room while on international duty with Cameroon, the Sun reported. He turned up a day later than expected ahead of a friendly clash against Burkina Faso.

Njie signed for Russian outfit Dynamo Moscow for $6 million from Olympique Marseille for whom he spent two seasons. During the 2019/2020 Russian Premier League football season, he played fifteen times and scored one goal. In all competition, Njie played 25 times and scored 3 goals.

“I deeply regret this sad episode in my life that I neither wished for nor enjoyed and which greatly affected me, my loved ones and my family,” Njie said in a recently released statement September 12, 2020.

“Since the onset of this unfortunate moment, I have been looking for the best way to express my apologies to anyone who has been hurt or outraged.”

According to the player, the containment that COVID-19 imposed gave him time to reflect and Njie concluded that he had to personally travel to his country to present his sincere regrets.

“Having been personally affected by the disease only increased my desire to work positively. The health crisis and international travel restrictions did not make this project possible until the start of the new sports season with my club Dynamo Moscow in Russia,” Njie said.

He added: “I would therefore like, by speaking today, to express to all the Cameroonian people, to the Government, in particular the Ministry of Sports, to the officials of the Cameroonian Football Federation, to the technical staff of the Indomitable Lions and all my teammates. My apologies and my desolation for any inconvenience or indignation this may have aroused.”

“During my next stay in Cameroon, I will force myself to go to each other to show the sincerity of my approach. I have a special thought for my teammates who have always accompanied me in these difficult times and have never ceased to show me their precious support.”

Njie made his professional debut for the national team in 2014. He has gone on to represent his nation at 2015, 2017 and 2019 edition of the AFCON, with him winning the 2017 edition of the competition in Gabon. He has played 32 times for the indomitable lions, scoring 9 goals. Clinton’s last goal for Cameroon came in a 2-3 defeat in the hands of the Super Eagles of Nigeria during the 2019 AFCON.

The player will be hoping to get back into the squad of Head coach António Conceição. Cameroon is preparing to host the AFCON in 2020 and hopes to qualify for the Qatar 2022 FIFA World Cup. Cameroon drew with Cape Verde before winning against Rwanda last November, all qualifiers for the AFCON 2022. 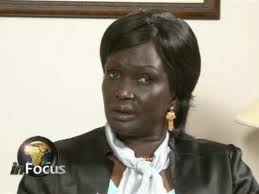