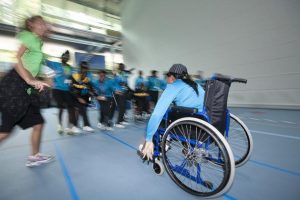 According to the World Health Organization (WHO) at-least 15% of the population globally has some form or other of a disability- considered the world’s largest minority population and one that any of us can join at any point in our lives. It therefore makes so much sense for each one of us to invest towards inclusion, so everyone has the right to live their life to their full potential and contribute meaningfully to society. This article seeks to highlight the updates from the disability world in the past four months, particularly the last month, both globally and in India.

As we continue to learn to cope with a global emergency of unprecedented scale, the Americans with Disabilities Act (ADA) celebrated its 30th anniversary, since it was signed into law on July 26 1990. Considered to be the most important civil rights act since 1960, the ADA is essentially the law that prohibits discrimination against disabled people.  The act hoped to give people with disabilities equal opportunity, full participation, independent living and economic sufficiency.

The ADA generation comprises of young people who ‘came of age’ under the ADA- young people who are willing to relate with, acknowledge and not just accept the disability, but in fact take pride in it.

Their spark to make their own lives better is warming others to do the same, thereby creating a whole generation of people who now approach life with a rights-based perspective- a much needed magnification of the spectrum of disability justice.

Somehow this flicker has to warm up beyond America, particularly in middle and low income countries, which in fact is home to the majority of people with disabilities.

The right attitude also allows for the health care provider to view the person first and the disability later, enabling the person’s right to assessment, intervention, treatment, rehabilitation, or inclusion

The inequities faced by them has been made more than evident in the face of the pandemic, as they seem to be dying more than ever, are denied treatment rightfully theirs, and continue to be discriminated against by not just health systems, but others too, all of which influence their chances at life and death.

In India, two events took place in recent times that impacted people with disabilities- in July, the government of India proposed amendments to the Rights of Persons with Disability Act (RPDA) 2016, to decriminalise minor offences, in as many as 19 legislations.

This proposal to negate and water down the Act was met with huge resistance from disability advocates and activists across the country, who insisted that doing the same would adversely affect people with disabilities in India. The solidarity and the strength with which the community came together to resist these lame changes in the name of “easing business” by the Government, succeeded in cancellation of the amendments.

Also in July, the Supreme Court delivered a significant decision that people with disabilities are socially backward and therefore qualify for the same benefits and relaxations as candidates from Scheduled Castes and Scheduled Tribes, both in education and employment.

The Delhi High Court has reiterated that as per Census 2011, illiteracy rate among people with disabilities was almost 51% in India and despite the quota for disabled rising from 3-5%, employment rates and retention rates continue to be abysmally low. Hopefully with this new decision when put to full effect could elevate people with disabilities, particularly their education and employment potential.

As someone who has worked with children with developmental disabilities for almost ten years now, based on what we have seen and what we hear from parents, families and the older children, while there are an array of barriers that prevent inclusion into society, perhaps the most difficult one to overcome is the attitudinal barrier or the mindset of the larger society that chooses discrimination over diversity and its acceptance.

This challenge is large, escalates other barriers, has multiple origins like hate, ignorance, fear, lack of understanding etc, needs to be addressed from multiple levels and dimensions, and will take years to come through.

As a medical doctor, the one aspect I would like to focus on is training for medical professionals on disability; for all cadres of health workers and early on in the curriculum, for its impact on the individual, their family and society at large is significant.

This education, if provided the right way, could be life changing in understanding disability and impairment, provide equitable and timely intervention and address people with disabilities with dignity and respect.

If young doctors, particularly those in rural and peri-urban contexts understood disability and referred children for early intervention as soon as they picked up red flags in development, it could improve quality of life for children significantly and save the families and the health systems considerable investments in rehabilitation.

It could support families to access healthcare more often and thereby have positive health outcomes, leading to overall improvement in the health of the population.

Further, the right attitudes could also facilitate reduction of other barriers, including physical barriers like infrastructure, health communication could become more accessible and inter sectoral coordination between different departments could facilitate more one stop solutions for people with disabilities.

The right attitude also allows for the health care provider to view the person first and the disability later, enabling the person’s right to assessment, intervention, treatment, rehabilitation, or inclusion. But above all this, people with disabilities could be  treated with equal opportunities for access, treatment, medical benefits and therefore improve opportunities for education and/or employment, all of which would eventually contribute to the progress of society.

If this isn’t worth fighting for, what is?
It’s time to rethink disability, embrace it and handle it with love.
Love recognises no barriers. It jumps hurdles, leaps fences, penetrates walls to arrive at its destination full of hope- Maya Angelou

The post The Battle over Barriers for People with Disabilities appeared first on Inter Press Service.

The post The Battle over Barriers for People with Disabilities appeared first on Inter Press Service.