Sierra Leone’s human rights commission has  urged the country’s police to stop taking  fire arms containing live rounds at scenes of protests and demonstrations except where it is extremely  necessary; thus, recommending they should instead use rubber bullets and other lawful devices and means to dispersing protesters or quelling down protests.

The body made this recommendation in  their report  released on Tuesday   the  incident in  Makeni on July 17th  over the relocation of a standby 1.65 megawatts generator plant from EDSA Makeni to Lungi International Airport in Port Loko District, North West Region of the country.

The Incident in Makeni led to the killing by law enforcement of six youths in the Northern part of the country.

“The Government of Sierra Leone (GoSL) should make provision that will better equip the police with riot safety gears and devices that will enable them to professionally respond to riots and protests without the loss of lives from both sides- the protesters and the police themselves. The Law Enforcement Officials should speedily conclude investigations into the incident and identify those personnel who may have killed citizens, dismiss them from the force (s), prosecute them in a court of law or in the court martial as the case may be. Take appropriate actions,’’the report recommends.

The report recommended that the police should swiftly investigate and prosecute individuals who caused damage to property during the riot and other forms of violent conduct thus urging the Independent Police Partnership Board (IPCB) should timeously investigate the discharge of fire arms which may have led to the death of civilians.

“The police should cease co-opting the military at every given opportunity during protests unless and until the circumstance truly demands military aid to civil power. Youth should endeavour at all times to engage their representatives and other community leaders in a bid to channel their grievances rather than resort to lawlessness’’, the HRCSL report added

According to the commission , their findings on the riot in Makeni  indicate that due to the Mayor’s impromptu illness, other stakeholders and the community people had no idea on action points taken as no key authority in the council engaged them adding that , a feedback as promised by the Mayor to the Ministry of Energy was not made hence the riot in the northern part of the country.

“Additionally, officials of the Ministry of Energy in Freetown did not also make a follow up on the action point taken at the meeting of 30th May and as a result discussion on the relocation of the generator got stalled. Both institutions faulted in making a follow up, ‘’the commission observed.

The Commission further observed that on the night of 17th July, the commission’s regional staff observed that some youth on motorbikes around Magburuka Road where the Commission’s office is located were heard sending messages to others in the following words‘ Come Out and resist the transfer of the generator’

“The Commission’s regional officers observed that youth groups grew in number and formed clusters around the EDSA Office, Rogbaneh Police Station and in different parts of the town with sticks, machetes, and pelting stones at the police.  Rioters also went on the rampage and started destroying building i.e. the Sierra Leone Commercial Bank and the Sierra Leone People’s Party Office’’

Amnesty International has persistently urged the Sierra Leonean government to allow peaceful protest and law enforcement attitude towards citizens with the group stating   in a statement in 2018 further urging  the Bio led administration to  prioritize ending police crack downs on peaceful protesters in the country.

“For 10 years, police in Sierra Leone have literally been getting away with murder as peaceful protesters and bystanders have lost their lives, or been seriously injured, with no one held to account. If the new authorities are as serious as they say about upholding human rights, they should start by repealing repressive laws restricting peaceful assembly and addressing entrenched impunity for police abuses,” Amnesty International said in its 2018 report.

However , the country’s Independent Police Complaint Board (IPCB)  in a statement in July that  they have commenced preliminary investigations over the alleged shooting by security forces resulting in the killing of five people during a protest on July  in Makeni , Northern Sierra Leone but are yet to make their report public.

Presidency hits back at TY Danjuma, others 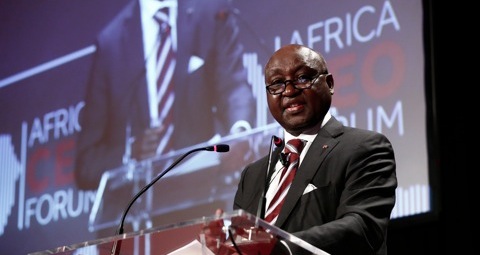 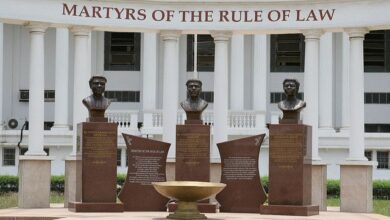