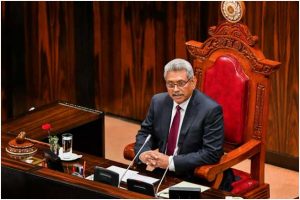 On August 5, 2020, a new government was elected in Sri Lanka, bringing down the previous regime associated with the Central Bank bond scam, the Easter Sunday bomb attacks and controversial international agreements.

The new government has come into office with a two thirds majority in parliament, promising to bring prosperity, security and communal harmony to the beleaguered country. The achievement of these goals depends to a large extent on how neocolonialism and sovereignty are addressed.

Colonialism involves control of a less powerful country by a powerful country to exploit resources and increase its power and wealth. Essentially, neocolonialism involves the same factors: militarism, external expropriation of natural resources, deception and manipulation, collusion with local elites, incitement of ethnic and religious differences (and other forms of balkanization and destabilization) and consequential local resistance to external aggression.

Today, strategically located in the ancient east-west Indian Ocean maritime trade route, Sri Lanka faces a competition for control by China on one side and the U.S.-led Asia-Pacific Quadrilateral Alliance (including India, Japan and Australia) on the other.

The new Sri Lankan government says it will reconcile competing external interests. Speaking on behalf of Sri Lankan President Gotabaya Rajapaksa, the recently appointed Foreign Secretary, Retired Navy Commander, Prof. Jayanath Colombage states: ‘Sri Lanka should be a neutral country. Sri Lanka does not want to be caught up in the power game. Sri Lanka wants to develop friendly international ties with everybody. Sri Lanka should have Sri Lanka-first policy.’

Is Sri Lanka’s current foreign policy moving in this direction?

Sri Lanka has been a participant in China’s $4 trillion Belt and Road Initiative (BRI) since 2005. In January 2017, the previous Sri Lankan government granted an 85 percent stake of the Hambantota port, in the most strategic central point in the Indian Ocean, to the China Merchant Port Holding Company in a 99-year lease.

China is Sri Lanka’s largest creditor and has provided generous support during the Covid-19 pandemic. Given local concerns over the Hambantota port deal, President Gotabaya has previously stated that, on election, he would revisit the lease agreement and renegotiate it.

More recently, he has stated that his government is not planning to amend the commercial terms of the agreement, but wishes to amend agreements concerning port security.

While Sri Lankan activists have been protesting the environmental and social impact of expanding Chinese projects, the Quadrilateral Alliance is seeking to involve Sri Lanka in countering Chinese expansion in Asia, making Sri Lanka a key battleground of geopolitical rivalry.

Allaying the fears of India and the U.S. that the Hambantota port could become a Chinese military base, the new Sri Lankan government has stated that the port should be ‘…limited to commercial activities only. It is zero for military purposes…Sri Lanka will not afford any particular country to use Sri Lanka as a staging area to do anything against another country- especially so India.’

But how would the Quadrilateral Alliance respond if there is real or perceived military activity? It is not hard to imagine a dangerous military situation escalating far beyond Sri Lanka’s control.

The policy of the Sri Lankan President, articulated by Foreign Secretary Colombage is that ‘…as far as strategic security is concerned, Sri Lanka will always have an India-first approach. That means Sri Lanka will not do anything harmful to India’s strategic security interests. As far as economic development is concerned, we cannot depend on one country. We are open to anyone.’

However, India’s political and military involvement during the separatist war, especially its impositions of the 13th Amendment on the Sri Lankan Constitution and the Indian Peace Keeping Force (IPKF) on Sri Lankan soil, have left fear and antipathy towards India.

The Indo-Lanka Accord that introduced these developments was hammered out in secrecy and signed without parliamentary consultation on July 29, 1987 during a 24-hour curfew. It faced massive resistance and ushered in one of the most violent and anarchic periods in the island’s modern history.

Despite India’s failure to curb Tamil militancy and the failure of the Provincial Council system, India wants Sri Lanka to maintain the 13th Amendment and the provincial councils that it introduced to appease Tamil separatist sentiments.

However, the new Sri Lankan government is under increasing domestic pressure to abrogate the 13th Amendment and to assert Sri Lanka’s sovereignty and political independence from India.

Concerned at Chinese encroachment at the Hambantota port, India is pursuing control over Sri Lanka’s other strategic seaports and to develop the British colonial era Oil Tank Farm in the eastern seaport town of Trincomalee, through a subsidiary of the Indian Oil Corporation, despite protests by Sri Lanka’s petroleum trade unions.

External powers are also keen to gain control over the Colombo port, one of the busiest in South Asia, and an important transit hub in the region. Japan is keen for access given its high dependency on energy supplies via the Indian Ocean. There is now a push by the U.S. and India to privatize the Colombo port’s Eastern Container Terminal (ECT) and hand it over to an Indian company.

The Sri Lankan President remains committed to honor a memorandum of understanding signed in 2019 by Sri Lanka, India and Japan on the ECT. According to Foreign Secretary Colombage, ‘the policy of the President was that no national asset would be given in total control to any country’ and the MOU is being honored because it is ‘an arrangement between the two countries. The only thing is that there is opposition to it from port workers.’

On July 31, 10,000 Colombo port workers resisting the privatization of state assets began a strike blocking all roads into and inside the port, completely paralyzing it. President Rajapaksa refused to talk to the unions. Prime Minister Mahinda Rajapaksa, the President’s brother, did meet with union leaders and indicated that their key concern was to not antagonize India. Is this an indication of further Sri Lankan subservience to external power, at the cost of local agency and sovereignty?

Given the history of U.S. hegemony and foreign interventions, there is a justified fear in Sri Lanka of U.S. interference in local governance and control of resources. Unsurprisingly, the country is experiencing intense pressure via multiple U.S. military, and economic development treaties.

The petitioners stated that the MCC compact would violate fundamental Sri Lankan sovereignty and independence, clearly upheld by the constitution. There is also concern at the irreversible nature of such far-reaching treaties.

Among other objectives, the MCC Compact seeks to privatize and commodify state land for investors, including foreign corporations. Gotabaya Rajapaksa promised to discard the MCC Compact during his election campaign, and since in office his government appointed the Gunaruwan Committee to study the issue. Its final report in June raised serious issues on its implications to social, economic and security interests of the country.

There have also been clear reports that, whether or not the compact is signed, certain elements will proceed regardless. For example, ‘the e-land registry, cadastral mapping, parcel fabric map, deed registry scanning and digitizing, state land information & valuation are being outsourced to multiple private parties selected by the U.S. embassy Colombo.’

Are external pressures so great that they will inevitably find a way to mold Sri Lanka’s future?

Military engagement with Sri Lanka is considered vital to U.S. objectives in the region. The Acquisition and Cross Services Agreement (ACSA) signed by the previous Sri Lankan government on Aug. 4, 2017 provides the basis to set up a U.S. ‘logistic hub’ in Sri Lanka to secure support, supplies and services at sea.

Similarly, the proposed Status of forces Agreement (SOFA) would allow U.S. military personnel to operate in any part of Sri Lanka, without restriction. Sri Lankans fear that SOFA would make “the whole island … a US-controlled super state operating above the Sri Lankan laws and state….” A Cabinet spokesman suggested on July 1 that the SOFA has already been signed but the new government has made no denial or retraction. Meanwhile the Sri Lankan public is left completely in the dark.

President Gotabaya Rajapaksa and Prime Minister Mahinda Rajapaksa have been voted in with the faith and respect of most Sri Lankans, not least for their roles in ending the thirty-year war with the LTTE. Most do not doubt their devotion to the country. Their exemplary management of the Covid-19 pandemic has reinforced this respect.

However, there is a growing sense in the country that the overt and covert pressures from external powers, exemplified by these impending agreements, are so great that a path of neutrality will require deep resolve and conviction. It is, then, the democratic responsibility of Sri Lankans to stay informed, see through the bias of power, and exercise their freedom of expression non-violently.

Our ancestors sacrificed their blood, sweat and tears to safeguard the sovereignty and independence of our country, and it has no price. A luta continua.

Footnote: A luta continua was the rallying cry of the FRELIMO movement during Mozambique’s war for independence. The phrase is in the Portuguese language a slogan coined by the first president of FRELIMO, Dr. Eduardo Chivambo Mondlane, which he used to rally the population in the liberated zones of Mozambique during the armed struggle against Portuguese colonial rule. Following his assassination in 1969, his successor, Samora Machel, continued to use the slogan to cultivate popular support during …

* Asoka Bandarage’s new book ‘Colonialism in Sri Lanka” examines the political economy of 19th century British Ceylon and includes a discussion of the neocolonialism that has followed and continues. It is available as an ebook or paperback here from September 14th

Asoka Bandarage* is a scholar and practitioner, has taught at Yale, Brandeis, Mount Holyoke (where she received tenure), Georgetown, American and other universities and colleges in the U.S. and abroad. Her research interests include social philosophy and consciousness; environmental sustainability, human well-being and health, global political-economy, ethnicity, gender, population, social movements and South Asia.

Powerplay in Paradise: Sino-Indian Tussle in the Maldives

Life Presidency For Cameroon’s Biya., Will He Make or Mar? 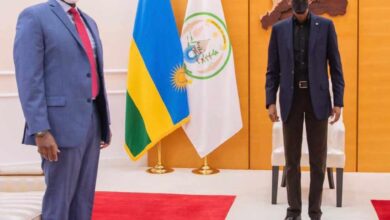