Malian Oumou Sangaré has claimed the No 1 spot on the World Music Charts Europe(link is external) (WMCE) with her album titled Acoustic.

Acoustic rose 13 places after making its entry on the chart at No 14 in July. The offering is essentially an unplugged version of her 2017 release Mogoya. The album was released digitally on 19 June through record label No Format.

“I suggested to Oumou that she record this album after a show in London to celebrate 15 years of No Format,” No Format founder Laurent Bizot said. “At that concert, for the first time, she had agreed to try out this acoustic approach, which is all about letting go. The space it created for her voice was wonderful.”

The Pace Setters, a reissue of Ghanaian band Edikanfo’s 1981 LP, ranks second after its debut on the chart at No 7 in July.

Making its entry at No 4 is The King of Sudanese Jazz by musician Sharhabil Ahmed via the Habibi Funk label. The seven tracks were recorded in the 1960s and feature a mix of rock and roll, funk, surf rock, traditional Sudanese music and Congolese rumba.

Maghreb K7 Club: Synth Raï, Chaoui & Staiif (1985-1997) is another newcomer on the chart ranking at No 7. The album features an impressive compilation of music recorded and produced between 1985 and 1997 by musicians from the Maghreb region in Algeria.

Further down, Santrofi’s Alewa – the No 1 album in July – drops to No 9, while Tamotait by Tuareg band Tamikrest from Mali fell eight positions to No 13. The album was at the top of the chart in June.

At No 17 is Afropentatonism by Nigerien desert blues musician Alhousseini Anivolla and Ethiopian jazz guitarist Girum Mezmur. The pan-African project dropped six places after debuting at No 11 last month.

Nayda! by Bab L’Bluz from Morocco completes the list of African albums on the chart with a debut at No 18. Real World Records says the album features “a new wave of Moroccan artists and musicians taking their cues from local heritage, singing words of freedom in the Moroccan-Arabic dialect of darija (‘nayda’ means both ‘to rise up’ and ‘to party’) and mixing influences as and when.”

The WMCE features albums selected by radio producers and presenters across Europe. The albums are then played for a month on various radio stations, and an official poster is displayed in multiple music stores. 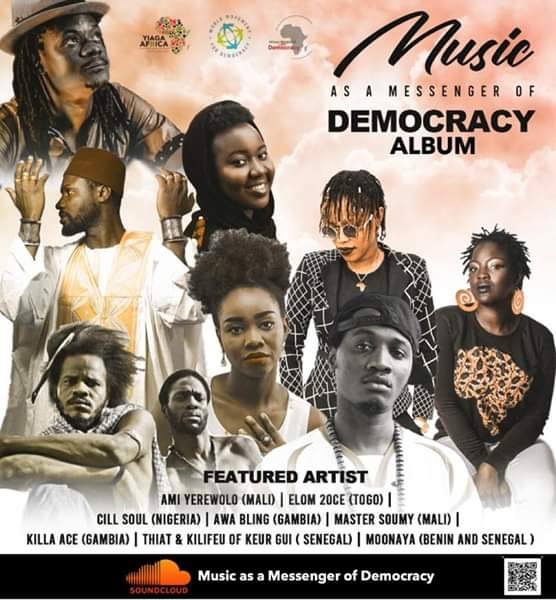