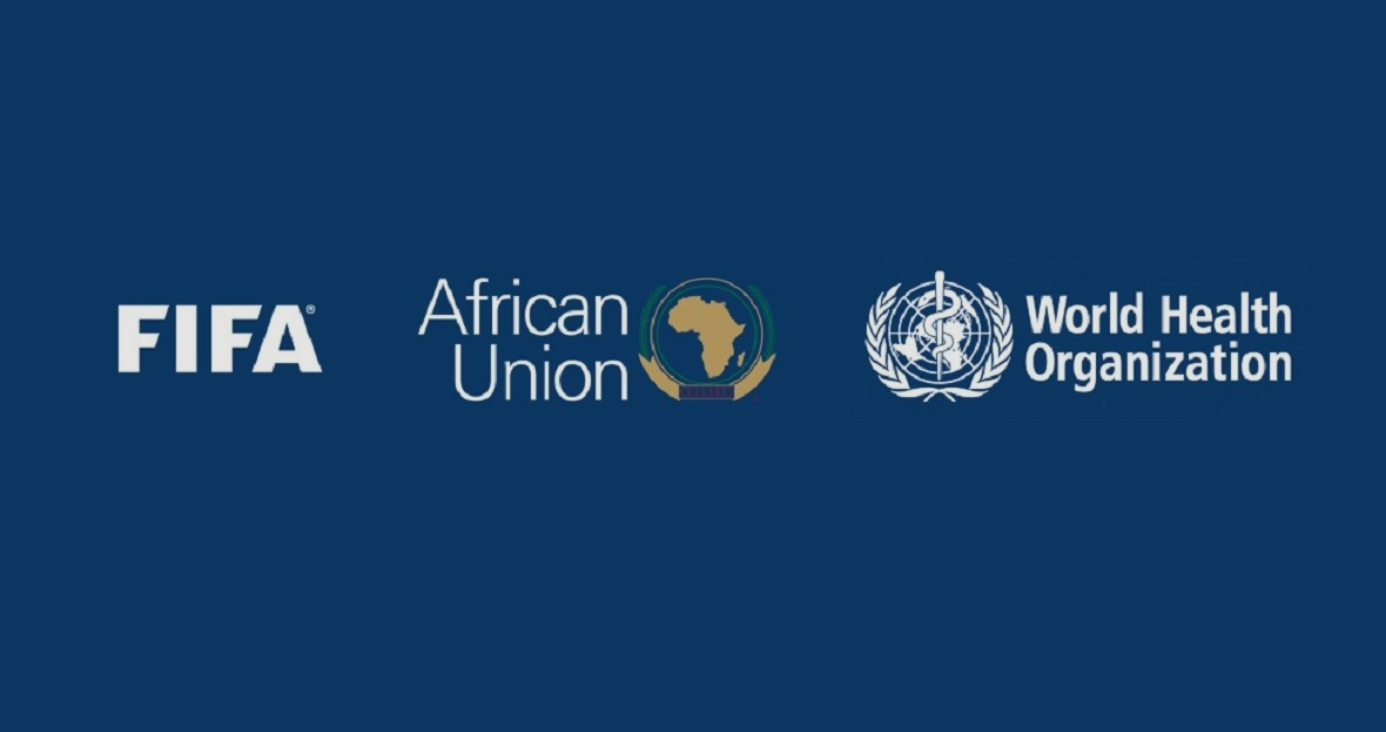 FIFA teams up with African Union, WHO and CAF to promote campaign against domestic violence in Africa

FIFA is joining forces with the African Union, the World Health Organization (WHO) and the Confederation of African Football (CAF) to jointly address the issue of domestic violence by launching the #SafeHome campaign across the African continent.

The initiative is designed to support women and children victims of domestic violence, particularly as stay-at-home measures in response to COVID-19 have put them at greater risk. A number of African football stars are supporting the campaign via video awareness messages distributed on social and traditional media.

The African Union-FIFA-CAF memorandum of understanding, which was concluded in February 2019, covers joint campaigns on topics of mutual interest and the promotion of gender equality, a key principle. Other areas of collaboration include education through football, sports integrity and safety and security at football matches.

“I am glad that today we can launch this campaign on the important topic of domestic violence, which is significantly exacerbated by COVID-19 lockdown conditions and movement restrictions, together with our partners, the African Union, WHO and CAF,” said FIFA President Gianni Infantino. “It is our duty to leverage the immense popularity of football in Africa to raise awareness on this societal challenge with a very clear message: violence has no place in homes, just as it has no place in football.”

H.E. Amira Elfadil, African Union Commissioner for Social Affairs, emphasised: ’’The African Union Commission is resolute and committed to the protection of women and girls. We recognise and align ourselves with FIFA, CAF and the World Health Organization and other stakeholders on the efforts aimed at preventing abuse and domestic-based violence through collaborative programming that links reconstruction, access to the continuum of service, addressing the underlying social norms and harmful practices that continue to perpetuate gender-based violence and inequality, as well as community awareness and empowerment. We align ourselves to leverage the popular appeal of football to raise awareness against domestic violence, particularly as stay-at-home measures in response to COVID-19 are in place.’’

“Violence against women is a major threat to women’s health and that of their children,” said Dr Tedros Adhanom Ghebreyesus, WHO Director-General. ”It is also a grave violation of human rights – and it must end now. WHO is proud to stand with FIFA, the African Union and CAF to launch this campaign across Africa to bring attention to this critical issue. We are committed to a world where women live free from violence and discrimination.”

CAF President Ahmad Ahmad stated: “Whether at home or on the pitch, everyone is entitled to respect and safety. Domestic, physical or moral violence, especially against women and children, must be condemned. Do not be afraid or ashamed to seek help if you are a victim of violence in your own home. If you are a witness to violence, intervene or get help, but do not stay silent: remaining silent is to be guilty of complicity. Never forget that everyone has a right to live in safety in their own home.”

The #SafeHome campaign launched today across Africa is part of a wider global initiative to raise awareness on this critical issue. In Africa, the awareness videos feature nine football stars – Abel Xavier, Emmanuel Amuneke, Sarah Essam, Khalilou Fadiga, Geremi, Rabah Madjer, Lúcia Moçambique, Asisat Oshoala and Clémentine Touré – who convey a series of key messages to the public. The campaign is being published on various FIFA digital channels and African Union and WHO channels. #SafeHome is also being supported by multimedia toolkits for FIFA’s member associations and for media to help facilitate additional localisation and to further amplify the message worldwide.

FIFA is calling upon its member associations to actively publish details of national or local helplines and support services that can help victims and anyone who feels they are at risk of domestic violence in their locality. The world governing body also calls upon its members to review their own safeguarding measures using the FIFA Guardians toolkit to ensure that football is fun and safe for everyone in the game, especially women and the youngest members of the football family.

Almost one in three women worldwide experience physical and/or sexual violence by an intimate partner or sexual violence by someone else in their lifetime. In a majority of cases, that violence is committed by a partner in their home – indeed, up to 38% of all murders of women are committed by an intimate partner. It is also estimated that one billion children aged between two and 17 years (or half the world’s children) have experienced physical, sexual, or emotional violence or neglect in the past year.

There are many reasons why people perpetrate domestic violence, including gender inequality and social norms that condone violence, childhood experiences of abuse or exposure to violence and coercive control growing up. Harmful use of alcohol can also trigger violence. Stressful situations, such as those being experienced during the COVID-19 pandemic and economic instability, exacerbate the risk. Moreover, the current distancing measures in place in many countries make it harder for women and children to reach out to family, friends and health workers who could otherwise provide support and protection.

The World Health Organization (WHO) and FIFA signed in 2019 a four-year collaboration to promote healthy lifestyles through football globally. More information on the WHO-FIFA memorandum of understanding can be found here. The two organisations jointly launched the “Pass the message to kick out coronavirus” campaign in March 2020 to share advice on effective measures to protect people from COVID-19. This was followed by the #BeActive campaign in April 2020 to encourage people to stay healthy at home during the pandemic, while the global #SafeHome campaign was published in May 2020.