Families have abandoned their homes, seeking shelter in nearby bushland or safer parts of the country. In some cases, women have been abandoned by their husbands who have joined the secessionist forces. As a result, approximately 68 per cent of Cameroon’s internally displaced persons are said to be women.

Civil society organizations across the English-speaking regions have been calling for the protection of women and girls as the crisis rages on. The South West/North West Women’s task force on several outings has been calling for the respect of international norms by both parties to the conflict. The women in the South West have planned an outing this August 18, 2020, to protest against the ongoing killings.

Children working in their houses have been killed. Recently, some children who were picking snails (Nyama Ngoro) behind their house were killed. The other was shot in the hand, and the other who ran was caught and is now at the army camp.

Women and children represent about 80 per cent of the approximately 10,000 refugees registered so far in eastern Nigeria’s Cross River state. Thousands more are among the population of unregistered Cameroonians in neighbouring states.

Some of these are boys and girls who fled to Nigeria alone. Unaccompanied and separated children are particularly affected by difficult access to food and the lack of subsistence opportunities.

UNHCR staff have received numerous reports that children have to work or beg to survive or to help their families. Many children are unable to attend school, as they lack both the time and funds for education. Although schooling in Nigeria is free, there are still some basic costs, such as those for school materials.

As a result of the crisis, women giving birth in the bushes are now a common issue, unable to go to school, struggling to take care of family – women in Cameroon’s Anglophone regions are suffering as the crisis continues, unabated, as women scramble to protect their families and survive during difficult times.

“Everything is changing, and it is affecting women seriously because they have never experienced this kind of situation – every day you learn a new strategy to deal with it. Women have given birth in the bushes, there’s gang rape, and women have been tortured,” one aid worker says.

In recent times, there has been an uptick in violence against women, perpetrated by Cameroon’s security forces and the armed separatist forces. The most recent case is the killing of a 35-year-old lady in Muyuka by separatist fighters.

There have also been several rapes reported, with many more going underreported. In one of the most high profile cases in 2018, Arthur Mbida, a government soldier, stood trial for allergy raping a 17-year-old lactating mother at a military checkpoint in Bamenda, North West Region, Equal Times reported.

The escalating conflict began back in October 2016, when English-speaking lawyers in Cameroon opposed the appointment of French-speaking judges to their courts. A few other frustrated groups, amongst them teachers, later joined in peaceful protests against decades of under-investment and other government policies which they said discriminate against the country’s English-speaking regions. The protests grew and the government responded with force. The peaceful protest has now turned into a full-blown conflict as separatist fighters look to create a state for themselves. 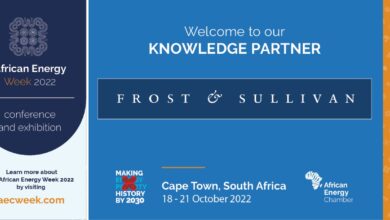