The gruesome killing of lady, 35-year-old mother of four has caused great consternation amongst many in the trouble English-speaking Region. The incident happened August 11, 2020, in Muyuka, one of the most affected towns in Cameroon’s South West Region.

A video circulating online and seen by PAV shows a lady, her hands bounded behind her back and being tortured with a machete. One of the men then moved to use the machete on the lady’s neck twice, causing her to bleed to death. She was then dragged and dumped in the middle of the road.

The lady was accused of being a “blackleg” to the separatist push to have an autonomous country. Some well-known secessionists took to social media shortly after the gruesome killing was carried out to give their blessings while also promising similar actions should to any other person that goes against their struggle.

Some have called the video the worst they have ever seen, while others have refused watching it. The international organizations that according to many are quick to condemn attacks carried out by Cameroon’s security forces have been urged to do same for the atrocities that have constantly been carried out by separatist forces across the Regions.

Politicians and civil rights activists have all condemn the brutal killing of the woman. Barrister Akere Muna, former Presidential Candidate said it was barbaric and unacceptable. “I was unable to complete watching a most gruesome video, an incident which supposedly took place in Muyuka, SWR. Hands tied behind her back, a lady is hacked to death with a machete. Whatever the cause, this is most barbaric and inhuman. Unacceptable!” Barrister Akere Muna wrote.

The Centre for Human Rights and Democracy in Africa, CHRDA, one of the most renowned human rights organizations in the country have documented atrocities carried out by separatist across the North West and South West regions. Some 6 killings have been documented by the Rights group, all committed by separatist fighters.

On the killing of the lady in Muyuka, the CHRDA in a document said: “This is just one of many cases of violence against women, occurring especially in rural communities and committed by separatist fighters against the civilian population. In 2019, separatist fighters in like manner abducted and killed Florence Ayafor in Santa subdivision of the North West Region.”

CHRDA went on to state that: “On the same August 11, another video emerged online depicting a man being interrogated in a cocoa farm by armed separatist fighters in Muyuka. They accused him of being a blackleg and that he is leaking information to the military because he works as a security officer in a petrol station (BOCCOM) where soldiers often sit. From the video, the man can be seen with a swollen face. He was savagely beaten by his captors. At the time of this report, his whereabouts are unknown.”

Ambazonia Groups distancing themselves from the Killing

The Southern Cameroons Ambazonia Activists Front, SCAAF, have distanced themselves from that gruesome killing. SCAAF through its Secretary-General Belmondo Atanga in a statement said:

“SCAAF has seen with consternation the beheading of a lady in Muyuka, Southern Cameroons in a video making rounds on social media on 11/08/2020. SCAAF is presently engaging to investigate and identify the actors of this barbaric act. As we continue to find out who the murderers are, SCAAF condemns in very strong terms such a barbaric action that only comes to taint the image of the revolution. SCAAF uses this opportunity to inform all actors in the Southern Cameroons war of independence that war crimes are punishable under international law as per the Geneva Convention.”

“Ambazonia fighters must do all in their powers to avoid any of such crimes and most importantly fish out anyone within their midst likened to do such. SCAAF is also aware that as the United Nations Assemble approaches every September, actions like these always come to light. SCAAF cannot rule out Biya’s regime sabotage as they have been doing, on this note Ambazonia fighters must be watchful and fish out any paid agents or look-alike persons in their community prone to carry such despicable acts. BELMONDO ATANGA. Secretary-General, SCAAF.”

Since the crisis in Cameroon’s two English Regions turned violent in 2017, many civilians have unfortunately been killed by both Cameroon’s security forces and the armed separatist fighters. Civilians have had their arms maimed, others beaten by separatist fighters often accusing them of being blacklegs. This unfolding catastrophe as put by CHRDA has caused many persons to abandon their homes to neighbouring areas or are refugees in Nigeria. 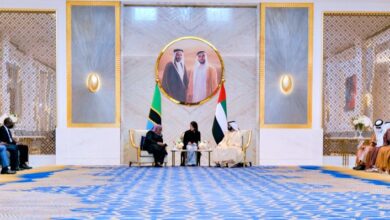 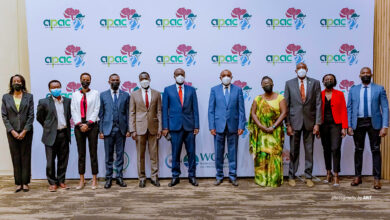