Zimbabwe Union of Drivers and Conductors [ZUDAC], a drivers and conductors driven organisation has conclusively predicted a severe continuous transport and Health looming crisis amid the shortage of commuter transport throughout the country. This is as a result of ZUPCO fast-tracked arrangement failing to attract more operators in its franchise. The Government through Ministry of Local Government has ordered all transporters to register and operate under [Zimbabwe United Passenger Company] ZUPCO a State controlled bus company.

This has come at a time of covid 19 era which came up with the lock-down in the country from the 1st week of March. Since then private-public transport has been not allowed to operate. Both long distance and commuter buses for private operators have been parked owing attention to the increase of the prevalence rate of covid-19 which up to date has 2000 cases and killed over 20 people.

According to the baseline survey carried since April this year by the union  , Fradreck  Maguramhinga President of the union states that transport operators are complaining on how the ZUPCO Program is run and managed. Transport operators were never given opportunity and room to discuss a deal of a win-win situation. The fact that operators are not paid in amounts adequate to maintain and sustain their vehicles, pay workers and pay for compliance requirements like insurance, VID fitness, this leaves around problems pushing some operators to withdraw their buses out of the contract.

‘’ The situation is catastrophic as we talk. Drivers are earning less than 1 US dollar per day. Operators are earning US6 dollars a day. We are now worried that we are killing both the emerging operators and pushing experienced drivers who migrate to greener pastures in other countries. There is growing discontent among urban and rural travellers as they wake up early as 2am to look for transport. Others are walking long distances ranging from 5 kilometres to 30 kilometres during day and night.’’

‘’Many private vehicles and pirate taxes are taking advantage of the situation. They end up charging exorbitant fares in foreign currency. They end up moving with vehicles without passenger insurance, fitness of which exposes people’s lives to danger. Some drivers have no licences and others are not compliant to ferry passengers.’’

‘’The most worrying issue is that there are no covid-19 restrictions being observed by private motorists. Ranks, streets and pavements are always over-crowded from morning to late evening exposing people to covid-19 . As result of this, the union is appealing to the Government to allow compliant and organised omnibus operators to come back and help clear the overcrowding. This will help reduce and eliminate covid-19 .

President of the union urges the government to call for an urgent stakeholder meeting as transport shortage has become a nation crisis. He calls for coherence between unions, associations, local government, local authority planning, road motor transport, enforcement, Insurance Council of Zimbabwe and other line ministries including the ministry of labour and social welfare. This he says will pave way for creation of a provisional transport policy as we are riding on a policy which has surpassed its life-span and relevance. He concludes adding that all problems faced in the transport sector are a result of failure to review policy and legislation in time.

‘’We urge the Government to consider this case as the travelling public have suffered severely as a result of transport problems which date back from long back. The union has submitted position papers to Local Government, Ministry of Transport and the covid-19 task-force to show and explain how prepared transport operators and the union are to come back under covid-19 regulations. We are ready to clear the overcrowding and serve lives threatened by corona.’’ ,he noted .

‘’ Transport workers and families are starving to death as they have no sources of livelihoods, marriages breaking and children suffering from malnutrition. Transport industry has benefitted 2 million youth directly and indirectly. Some were working in the ranks, some washing cars, some mechanising cars and buses, selling spares and working as loaders. Now they resort to drugs as they have no employment. It’s not about banning kombis but it is about killing our youth and their dependents. We now urge the government to cautiously consider lives before they pass decision to ban commuter buses. Is this the time to destroy an existing sector at a time when we are under sanctions ‘’ he said?

ZUDAC is a trade union operating in Zimbabwe’s transport industry representing the interest of bus drivers, truck drivers, commuter omnibus drivers and taxi drivers. Our main objectives range from insuring job security, welfare, safety education, training and survival of our employers. The union has created a one stop shop for drivers compliance where they have and get  driver medical examination , customer care training , vehicle ergonomics ,  defensive course , labour dispute resolution ,Hazchem training for transportation and handling of dangerous goods and hazardous chemicals .The union also seek to thank the government of Zimbabwe for opening the door for the union to present problems faced by drivers .The union is also  recommending cross-border truck drivers for emergency pass-ports in this covid-19 pandemic era . This move has been welcomed by all truck drivers.

Amissah-Arthur: Flags to Fly at Half-Mast In Ghana 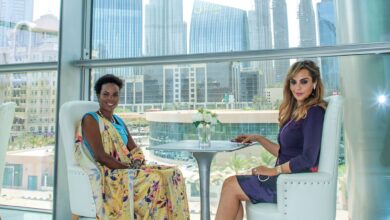