The United Nations’ first Sustainable Development Goal (SDG) is “No poverty,” the most important because almost half the world, 46%, lives on less than $5.50 a day according to the World Bank. But world attention has turned away from poverty. Why?

In 2004, I founded NGOabroad to link people’s skills to humanity’s challenges. Most people coming to me to volunteer believe that the most important issue in the world today is the Syrian refugee crisis; that Syrian refugees are those suffering the most and see this as THE humanitarian crisis of our time. I say, “What about Yemen? What about Sudan? …Five million Syrians fled but 3.4 billion people struggle to meet their basic needs.”

The slow grind of poverty – what Amartya Sen, Nobel prize winning economist originally from India, calls “unfreedoms” – are more dispiriting than barrel bombs. Based on my conversations with Congolese refugee women, not being able to feed your children in the “lean months” is harder than all the rapes Congolese women suffered.

So why is the world turning its eyes away from poverty?

1. Many people in North America or Europe see fighting poverty as hopeless.
Donald Trump’s “shithole countries” comment was the epitome of this point of view.

We need to shift how we present poverty and emphasize the strides which have been made. People want to be part of a winning team. The Gapminder Institute does hilarious TED talks asserting that chimps more accurately answer questions about world poverty than people! We are operating on stereotypes, not facts. The truth is we are doing better than we think. We have made huge strides: 2 billion people have moved out of extreme poverty in the last 25 years reports the UN.

From pathos to possibility
We must switch from a negative image and instead promote the image of what the world would look like if everyone is thriving. This will attract more people to the cause. We’ve been doing it backwards.

2. People have tried in the past or joined in some effort and feel it didn’t help.

a. Jubilee 2000. Many idealistic people, myself included, jumped onboard the Jubilee 2000 movement to “Make poverty history” by forgiving the IMF debts of 35 Heavily Indebted Poor Countries hoping monies would be redirected to health and education. Sigh, it was not a panacea. Only half the HIPC are meeting MDG health and education targets. Some of those countries are now in debt again.

We need a sustained, forever-learning-and-tweaking approach to assist countries rather than “slam-dunk-done.” One of the lessons of debt forgiveness: would it help to balance budgets and tackle corruption? Autocrats live like kings while their people starve.

One of the positive results of the Make Poverty History campaign: I believe that it changed the ethos of the World Bank. Amartya Sen was invited to deliver his “Development as Freedom” lecture.

Muhammad Yunus who received the Nobel Peace Prize in 2006 for his work in microfinance inspired business schools to teach microfinance and MFI’s (microfinance institutions) were launched. I was heartened when so many people wanted to help people out of poverty. But did it work?

I talked to many MFI’s all over the world to create NGOabroad’s microfinance volunteer programs. About half the MFI directors said they struggled with staying solvent if their micro-entrepreneurs did not pay back their loans. Equally important, do micro-loans help people move out of poverty? My observation of MF programs is that you must teach entrepreneurship skills and mentor micro-entrepreneurs to ensure success.

We need to nurture solutions over time as a farmer would: planting seeds, weeding and watering

3. Shift to good news and solution focus as it empowers. Rather than more news coverage about the problem of world poverty or SDG’s, we need to put more emphasis on the solutions. E.g. from 2008 to 2015 the headline could have read “Number of people in extreme poverty fell by 192,000 since yesterday.”

4. We need to celebrate achievements:

~ Brazil’s Bolsa Família and Mexico’s Progresa program which provide cash transfers to the poor IF the children are going to school and getting vaccinated have been hailed as innovative successes.
~ Rwanda is lauded for their $1/year health insurance; incorporating tech and courting foreign investors. Rwanda emphasizes self-reliance and the empowerment of their people.

~ Gawad Kalinga in Philippines began with work in the slums

~ African School of Economics in Benin

6. We need to create people-centered governments that care about their citizens and will develop programs which help move people out of poverty. To move out of poverty people need a voice in matters which affect their daily lives.

~ Botswana was seen as a success story: not borrowing from IMF; their diamond profits ploughed back into health and education programs; and balancing their budget

~ Costa Rica decided in the 1930’s to not have an army and instead fund health and education. They were in the vanguard of women having the right to vote. They have a health care system that Americans flock to for medical and dental vacations.

When viewed from the top down, people say things are horrible. However if you ask local people, they are very hopeful and engaged. Common citizens and grassroots organizations are circumventing the obstacles.

When the SDG’s were launched, the United Nations emphasized that “For the goals to be reached, everyone needs to do their part: governments, the private sector, civil society and people like you.”

If we look past the poster of the stereotypical emaciated woman, behind that is a vibrant community of people collaborating to tackle poverty. We have a long way to go, but all over the world people are moving forward. When the people lead, the leaders will follow.

*Much of the content of this article will be more fully explored in a forthcoming book: International Development: Brilliant Solutions.

The post World Poverty: We Have Come So Far… But so Much Further To Go appeared first on Inter Press Service.

Ann McLaughlin has been a psychotherapist and social worker for over 20 years helping people untangle human problems and to accomplish goals. For the last 15 years she has directed NGOabroad: International Careers and Volunteering, a unique service to match skills to humanitarian needs and help people enter or advance in international development careers. https://ngoabroad.com/

The post World Poverty: We Have Come So Far… But so Much Further To Go appeared first on Inter Press Service. 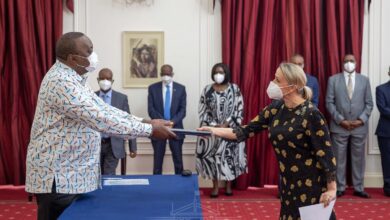 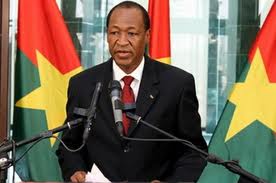