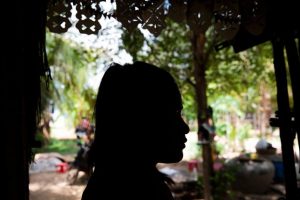 GBV Survivor supported by UNFPA Cambodia and the Ministry of Women Affairs and relevant stakeholders to ensure GBV survivors receive the necessary support both physically and emotionally to live free of violence and abuse. Credit: UNFPA Cambodia.

Fulfilling women’s and girls’ rights through promoting sexual and reproductive health and rights (SRHR) is an essential prerequisite for reaching national development goals as well as the Sustainable Development Goals (SDGs).

While many countries have made significant progress in reducing maternal mortality, preventing unwanted pregnancies, stemming the spread of sexually transmitted infections and fostering gender equality, gains in sexual and reproductive health and rights remain vulnerable against a rising tide of conservatism across the globe, compounded by entrenched local traditional harmful practices, and exacerbated by multiple crises such as the current COVID-19 pandemic that threaten to shift the focus away from women’s rights issues and make access to much-needed resources all the more challenging.

Emerging from a history of daunting challenges, Cambodia nonetheless achieved a number of the Millennium Development Goals (MDGs), making considerable progress in adopting and implementing evidence-based national development policies, and strengthening its human capital. In this, it was guided as well by gender equality to ensure the rights of women including their right to sexual and reproductive health is upheld.

The pandemic is hitting already-marginalized communities particularly hard, deepening inequalities and threatening to set us back in our efforts of leaving no one behind with women and girls to undoubtedly bear the brunt of the crisis

But the considerable gains made could be compromised by crises such as COVID-19 and their socioeconomic fallout.

While COVID-19 has had an equalizing effect in its impact on various strata of society regardless of whether a country is “developed” or “developing”, not everyone is affected equally.

Indeed, the pandemic is hitting already-marginalized communities particularly hard, deepening inequalities and threatening to set us back in our efforts of leaving no one behind with women and girls to undoubtedly bear the brunt of the crisis.

Sophany, a 42-year-old mother of two from Tboung Khmum province in eastern Cambodia, has suffered from domestic violence and abuse from her husband for more than a decade till she escaped and filed for divorce. She is one of many who is feeling the weight of the pandemic.

During COVID-19, she lost her income as a food-seller to garment factory workers given the closure of some factories, and she has found it all the more difficult to raise her children, resulting in her estranged husband taking one of their children. This resulted in further mental suffering and distress, but with the support of her brother and the local authorities she managed to regain a livelihood, and now is willing to volunteer to help other women in a similar situation.

A recent study conducted by UNFPA, the United Nations sexual and reproductive health agency, estimated that if lockdowns continue for six months with significant disruptions to health and other essential services, some 47 million women in low- and middle-income countries may not be able to access modern contraceptives resulting in seven million unintended pregnancies. The restrictions will also result in 31 million additional cases of gender-based violence during the same period.

The impact of the pandemic is not confined to women’s health in isolation. Women were already disproportionately represented in insecure labor markets that are now harder hit by the economic impacts of COVID-19, resulting in women like Sophany falling back into poverty. Furthermore, women’s unpaid care work has increased as a result of school closures and the increased needs of older people within the family.

The time is now to act and accelerate the promise made for women and girls in 1994 in Cairo at the historic International Conference on Population and Development (ICPD).

In Cairo, Cambodia was one of 179 governments that signed on to a far-reaching Programme of Action that transformed our view of population and development – a genuine paradigm shift – by embracing individual rights and choices, including sexual and reproductive health and rights grounded in gender equality, as being at the heart of sustainable development.

Since 1994, Cambodia has been working hard to fulfill the ICPD Programme of Action, making remarkable progress in reducing poverty levels with the percentage of Cambodians living under the national poverty line falling from almost 48% in 2007 to 13.5% in 2014; maternal mortality rates decreasing by around 65% from 2005 to 2014; life expectancy at birth increasing from 58 years in 2000 to 69 years in 2013; and the first-ever National Policy on Gender Equality draft initiated in 2019.

Despite these achievements however, we must collectively work even harder to shore up these gains and ensure they are not rolled back amid the pandemic and its socioeconomic fallout. It is time for us all to realize our ICPD commitments, keep our promises, and build a Cambodia that is better and safer for all including women such as Sophany.

A quarter-century after Cairo, at the Nairobi Summit on the ICPD25 in 2019, we observed thousands of representatives from governments, civil society, multilateral and bilateral institutions, private sector and marginalized communities come together at another historic summit to reaffirm once again the centrality of SRHR to sustainable development, and collectively commit to the Three Zeros to be achieved by 2030: Zero Preventable Maternal Deaths, Zero Unmet Need for Family Planning, and Zero Gender-Based Violence and Harmful Practices. 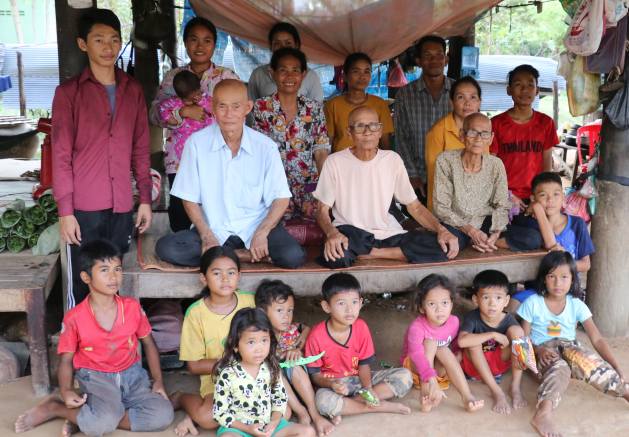 For Cambodia that means doubling down on efforts to achieve the unfinished business of the ICPD by 2030, recognizing that without fulfilling the ICPD, we simply cannot fulfill the SDGs. Since our return from Nairobi, the Royal Government of Cambodia has actively undertaken necessary steps to introduce an ICPD25 roadmap and put in place a coordination mechanism to oversee the implementation of the ICPD25 National Commitments delivered at Nairobi.

On the occasion of the World Population Day 2020, celebrated on July 11 each year, with the theme of “Putting the brakes on COVID-19: How to safeguard the health and rights of women and girls now”, we call on all partners and stakeholders to recommit to and prioritize the sexual and reproductive health of women and girls – including safer pregnancy and childbirth, increased access to modern contraception nationwide, and the prevention and management of gender-based violence (which currently affects one in five women in Cambodia).

We cannot do this alone. We need to work together around the clock – both to fight and contain this deadly virus and ensure at the same time that rights and choices for women’s and girls’ health and well-being are protected. We cannot be complacent and we cannot fail. The cost of failure will simply be too high to bear!

While COVID-19 presents numerous challenges, this unprecedented global crisis has also provided new opportunities and impetus to tackling the unfinished business of ICPD with ever-greater urgency. If we are to make progress on the ICPD amid and beyond the pandemic in this Decade of Action towards the 2030 SDGs finish line, we must put women and girls at the very center of development, recognizing that women and girls are ultimately at the heart of Cambodia’s remarkable, transformational journey of growth and change.

H.E. Dr. Ing Khantha Phavi, Minister, Ministry of Women’s Affairs of Cambodia, and Head of the Royal Government of Cambodia Delegation to the Nairobi Summit in 2019.

H.E. Mr. Chea Chantum, Secretary General of the General Secretariat for Population and Development, Ministry of Planning of Cambodia.

The post World Population Day 2020 – ‘The Time is Now to Accelerate the Promise for Women and Girls’ appeared first on Inter Press Service.