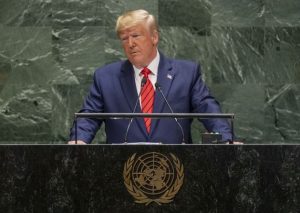 The students’ reaction, when asked about the origin of these words, is a general silence. I try to explain its background and take the opportunity to provide a review of the history of Spain (perfectly unknown) and Europe (somewhat better known).

Secondary is that they learn the biography of Fray Luis de León, the distinguished professor at the University of Salamanca, that they grasp some concepts of the Inquisition, something better known as part of the so-called Black Legend against Spain, very well established in American society, heir to the British.

In short, I reflected on my special circumstance of relationship with the generous readers and editors who have accepted me during more than half a century of producing columns for newspapers in Spain, the United States and Latin America. I considered it fair to clarify the reason for this hiatus of almost two years when I left silent the computer keyboard and freed editors from the heavy task of processing my texts.

They were simply personal reasons, and an accumulation of academic work. It was not because of internal obstacles in the newspapers, to which I only have to thank for their patience for years and a certain disdain for discontinuing the offer. I hope you take it into account now that I intend to resume writing functions, with a new version of “as we said yesterday”

Why am I coming back now? Latent in several weeks as the pandemic eternalized and the institutional chaos of response was repeated, it has been installed in my perception of the country where I have lived since President Lyndon Johnson decided not to stand for re-election. I have felt the need to face the explanation of the very serious existential situation of that political entity, turned into a nation, in reality simply an idea, that we call the United States.

And the most concrete reason has been the installation of a person in (hopefully temporary) control of the course of the country. For the first time, in more than five decades of full residence in the United States, I feel the sense of danger of self-destruction of an admirable work, in every way. This fear is not exclusively due to the personality of the President.

The record of his conduct includes mistreatment of their subordinates, disdain for many of America’s traditional allies (Germany, Italy, France), and ill-concealed admiration for a handful of authoritarian or decidedly dictatorial colleagues (Putin, Bolsonaro). He enjoys disregard of public health officials (Fauci, the most prominent), culminating in personal insults against his predecessor Obama, an action that is a fragrant violation of customary uses of American political liturgy

It simply reflects or takes advantage of the feelings of an imposing part of society that Richard Nixon (comparatively much less fearsome than Trump) called “the silent majority”. Now he has emerged from his burrow with impressive naturalness, spiced with a slogan to “make America great again”, as the motto embedded in the President’s baseball cap says.

The moment the United States now lives under Trump is much more serious than the Watergate experience. Among other comparisons, the honorable decision that Nixon made with his resignation, when detecting that the dismissal was imminent through impeachment, is not in the Trump script. Reinforced by the imperfect expulsion process carried out by the Democrats, in the Trump scenario there is only the overcoming of each and every one of the violations of political good taste and the breach of the most basic protocol laws.

The record of his conduct includes mistreatment of their subordinates, disdain for many of America’s traditional allies (Germany, Italy, France), and ill-concealed admiration for a handful of authoritarian or decidedly dictatorial colleagues (Putin, Bolsonaro). He enjoys disregard of public health officials (Fauci, the most prominent), culminating in personal insults against his predecessor Obama, an action that is a fragrant violation of customary uses of American political liturgy.

After his obscene appearance at the front of a Washington Episcopal parish, where traditionally the newly elected presidents come, brandishing a Bible, after having cleaned the grounds of peaceful demonstrators with tear gas and battering, his own Joint Chief of Staff was embarrassed to be forced to accompany him. A dozen senior military veterans (some recently in office charged and abruptly fired) have censured him, something unusual in military history.

Embarrassed, select Republican leaders comment privately (some already in public) on the disaster of the party founded by Lincoln, by actions that will only leave a trace of the fetid smell of failure. They accuse him of being incompetent, ignorant, inept, outdatedly stupid and now causing the collapse of pandemic treatment. Unusual phenomenon, a conservative minority yearns for Trump’s defeat in November.

His hatred for immigrants (legal or undocumented) contrasts with the motto embedded on the support of the Statue of Liberty. In the words of the poet Emma Lazarus: “Give me your tired, your poor, your crowds, moaning to breathe free.”

For all these reasons I have decided to return, with the generosity of the editors and the magnanimity of the readers.

The post The Return appeared first on Inter Press Service.

The post The Return appeared first on Inter Press Service.