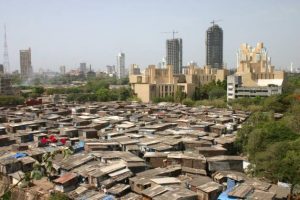 Indian health experts say the findings of a US study — which suggest that population density is unrelated to COVID-19 infection rates — to be completely contradictory to their experience of dealing with the pandemic in India, a country with 1.3 billion people.

Shima Hamidi, lead author of the study, published June in the Journal of the American Planning Association, claimed in a press statement that “the fact that [urban] density is unrelated to confirmed virus infection rates and inversely related to confirmed COVID-19 death rates is important, unexpected and profound”.

“In theory, density leads to closer contact and more interaction among residents, which makes them potential hotspots for the rapid spread of emerging infectious diseases,” Hamidi of Bloomberg School of Public Health at Johns Hopkins University, said.

However, after controlling for metropolitan population, county density is not significantly related to the infection rate, possibly due to greater adherence to social distancing guidelines, the authors pointed out. Also, counties with higher densities have significantly lower virus-related death rates than do counties with lower densities, possibly due to superior healthcare systems, they added.

Hamidi and colleagues assessed SARS-CoV-2 infection rates and Covid-19 death rates, from 20 January to 25 May at 913 metropolitan counties in the US. They used ‘Structural Equation Modelling’ that considered education levels, population size, healthcare infrastructure and demographic variables such as age and race to reach their findings.

But public health experts and doctors involved in COVID-19 care in India — which recorded 605,000 cases and 17,800 deaths by the virus, as of 2 July — say the findings are contradictory to their observations while working in densely populated India.

Further, in India, higher mortality has been noted in densely populated cities such as Mumbai, Delhi and Chennai as compared with the smaller urban centres, Sarkar tells SciDev.Net.

Ahsan Ahmed, chief consultant of critical care and emergency services at the KPC Medical College and Hospital, Kolkata, India, agrees. “The study findings are completely opposite to what I observed while dealing with COVID-19 patients,” he tells SciDev.Net.

“I have treated over 200 COVID-19 patients who belong to the densely populated areas of Kolkata [population density of 24,000 people per square kilometre]; the death numbers are also more among patients from these areas,” Ahmed adds.

According to Ahmed, Mumbai’s densely populated Dharavi area — the largest slum in Asia where 650,000 people reportedly live in an area of 2.5 square kilometres — had a total of 2,301 COVID-19 cases as of 2 July,  as compared with 80,262 cases reported from Mumbai, a city of 19.5 million people with an average population density of 32,303 per square kilometre.

Thekkekara Jacob John, a top virologist and emeritus professor and former head of clinical virology at the Christian Medical College, Vellore, India, says, citing the study authors, that healthcare and educational facilities are better in denser communities. Intensive care unit (ICU) beds per 1000 population is an important measure of good healthcare and India has inadequate ICU beds, he says. “Our healthcare quality is not proportional to dense or sprawling living.”

“Where planning is practiced diligently, this study is a special one — applicable only to contagious outbreaks,” John tells SciDev.Net.

Reid Ewing, an author of the study and distinguished professor of city and metropolitan planning at the University of Utah, Salt Lake City, US, says there appears to be a misunderstanding of the study. “Results in low-density US, with superior health care and greater ability to social distance have no implications for India.”

South Africa: How Eskom Plans to Cut Back On Air Pollution