Insurgents who are put on trial should receive “swift and exemplary punishment,” President Filipe Nyusi said during the inauguration of Henriques Carlos Xavier Cossa as a supreme court judge on Wednesday.

“We have to continue to fight violence together, enforcing criminal responsibility for terrorists who are neutralised and sent to court. Our expectation is that in holding responsible those who carry out such acts, the judiciary must be swift and exemplary in their actions, so that a feeling of impunity does not prevail”, the president said, with criminals receiving “exemplary punishment”. Cossa has been a judge since 1992, and until his appointment was president of the Judicial Court of the City of Maputo.

Noting that Mozambique is looking for foreign military support, Islamic State’s al-Naba’ newsletter  warned South Africa that if it intervened, this “may result in pushing the soldiers of the Islamic State to open a fighting front inside its borders.” And it adds “If the Crusaders reckon that their support for the disbelieving government in Mozambique will protect their investments and guarantee the continuation of their plunder of the resources of the region, they are deluded,” and the “soldiers of the Caliphate” will push them out of the gas fields.

Whatever, an MP for South African opposition party the DA said in parliament yesterday that soldiers from SA’s Maritime Reaction Squadron and Special Forces are deployed in Mozambique. DA MP Kobus Marais told the Portfolio Committee on Defence and Military Veterans: “As we stand, we know we have soldiers in Mozambique,” and asked about the budget for the Maritime Reaction Squadron and Special Forces. The question went unanswered.

“Technically speaking, any deployment of SANDF troops must be made public via a letter to Parliament that details size, deployment time, and estimated cost. But that is incompatible with clandestine Special Forces operations,” Darren Olivier, editor of South African publication African Defence Review, said on Twitter. The maritime reaction squadron deployment could have taken place under Operation Copper, an existing joint operation involving South Africa in defending Mozambique’s coastline; but the special forces deployment “may be technically illegal if it is taking place.” On the other hand, “revealing a clandestine SF reconnaissance or advise & assist mission isn’t ideal either,” Olivier said. 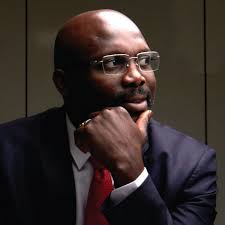 How to REGISTER your BUSINESS IN GHANA