Pilgrims selected from 160 nationalities within the Kingdom

MAKKAH, Saudi Arabia, July 26, 2020 – This year’s Hajj pilgrims on Saturday finished the procedures of a weeklong home isolation, according to the health protocol approved for the major Islamic pilgrimage this year that begins next week. Pilgrims started arriving in Makkah, where they will undergo four days of quarantine at designated hotels in the holy city.

The strict health protocol was approved by the Saudi government to combat the COVID-19 pandemic. Hajj begins on the 8th of Dhul Hijjah, the last month of the Islamic year 1441, and runs to the 12th or 13th of Dhul Hijjah, corresponding to July 28-August 2 , 2020. The Saudi authorities decided to hold the pilgrimage in the midst of exceptional circumstances caused by the Coronavirus pandemic, necessitating strict precautionary measures that have been applied to ensure a safer Hajj.

The pilgrimage this year is limited to citizens and residents of Saudi Arabia, who meet preset conditions and have been subjected to quarantine procedures. Individuals from 160 nationalities residing in the Kingdom have been selected to perform the Hajj. The number of pilgrims has been dramatically reduced to ensure social distancing measures are adhered to.

Minister of Hajj and Umrah, H.E. Dr. Muhammad Saleh bin Taher Benten, said the organisation of Hajj for 2020 is being carried out according to a strategic plan and strict health protocols. These comprehensive plans will be implemented by security and health and service agencies.

The plans include the provision of the best of health services and most appropriate crowd control, in line with the precautionary measures and preventive protocols formulated by the Ministry of Health to ensure pilgrims’ health safety, H.E. Benten said.

“Hajj in 2020 is a truly exceptional pilgrimage by all measures,” H.E. Benten said. “It is taking place amidst the very unusual circumstances of the COVID-19 Coronavirus pandemic, which is impacting Saudi Arabia and the world at large. Due to the exceptional global health circumstances caused by the Coronavirus pandemic, strict precautionary measures have been applied to ensure a healthy Hajj for all pilgrims.”

“We are using engineering standards and protocols, whether in arrivals, or in transport by buses, and in the circumambulation around the Kaaba, and in Saee (Hajj ritual), and services that the pilgrim need but in a way to safeguard them against infection, without transmission of the virus to the pilgrim or to the workers also serving this pilgrim,” H.E. Benten said.

He lauded the support from the Kingdom’s leadership, stressing that the selection process was carried out in complete transparency, with careful observance of health determinants, the most important of which was the pilgrim obtaining a certified PCR certificate proving a negative COVID-19 result.

“Health determinants are the basis in the process of selecting pilgrims residing inside the Kingdom of Saudi Arabia, and there are no exceptions to anyone during the Hajj season 1441 AH,” His Excellency said, in remarks carried by the official Saudi Press Agency (SPA) on Friday.

According to Major General Mohammed bin Wasl Al-Ahmadi, Assistant Commander of the Hajj Security Forces for the Grand Mosque and its premises Security, the Hajj security plan for is based on four pillars: organisation, security, humanitarianism and healthcare.

The Hajj Security Force has put a mechanism fixing ways of entrance and exit from and to the Grand mosque during the pilgrimage, he said, with passage for pilgrims extending from the southern and western premises of the mosque, as well as special passages around the circumambulation and Saee areas.

This time around, pilgrims will head to Makkah after finishing their isolation period. They will spend days in one of Makkah’s hotels, inspected personally by H.E. Benten.

The pilgrims will receive healthcare inspections at their Makkah hotels to check for any symptoms. Upon a positive signal, the faithful will head to Mount Arafat accompanied by a medical team.

Tents to accommodate pilgrims have been set up at Mount Arafat by the Ministry of Hajj and Umrah, which also put in place plans to transport the pilgrims while strict social distancing measures are being observed.

Pilgrims arriving at the hotels in Makkah received a special kit provided by the Ministry of Hajj and Umrah. It contained a face mask, Hajj ihram garments, a prayer rug, ritual stones and hygiene items such as shaving instruments, personal-care tools and a guidebook for the pilgrimage.

In comments carried by SPA, HE Mashat has confirmed that there was coordination with the Ministries of Health and Interior for the application of health and security protocols, during Hajj, which he also described as an “the exceptional Hajj” of all procedural, organisational and health standards.

“There are 160 nationalities representing all resident pilgrims who were chosen to perform Hajj this year,” he said, adding that was no differentiation in the selection process except in terms of health standards set by the health authorities.

Dr. Mashat said that the selection of the resident pilgrims was through the electronic portal, noting that the Ministry of Hajj and Umrah began implementing from early on its detailed and operational plans to organise this year’s Hajj, which came in exceptional circumstances due to the coronavirus pandemic, taking all health, security and organisational measures for pilgrims to perform the rites of the fifth pillar of Islam in peace and security.

Elaborating on the measures, he said a leader was identified for each group of pilgrims to make sure that the preventive measures and health messages were clear to them.

‘Once in a lifetime opportunity’

Fawziya Mohamed, 38, from Malaysia, said: “I am from Malaysia and this is my first time to perform Hajj this year. ‘Alhamdillah’, I feel very grateful because I didn’t think I was going to receive this once-in-a-lifetime-opportunity. They called me to announce my acceptance into Hajj and I truly believe this was a gift, as coincidentally I will be celebrating my upcoming birthday which falls on July 28 (first day of hajj rituals).”

Upon his arrival in Makkah, a Macedonian pilgrim who identified himself as Alaaeldine, said: “Selam aleykum. Alhamdulillah we have arrived safe and sound… I want to thank everyone involved in the organization for this year’s Hajj; may Allah be pleased with you all. Jazak Allahu khayr.”

Azra Alli, 38, from South Africa, who works as an English language teacher in Jeddah and has been living in Saudi Arabia for the past 6 years, said she was always reluctant to perform Hajj due to the massive crowds in years past.

“I honestly never had any prior intentions to do Hajj this year. One of my biggest concerns was always the large number of people that come for Hajj each year. The idea of joining 2.5 million always made me feel claustrophobic. But then COVID-19 happened and life as we knew it changed. Initially, I was afraid of the idea of doing Hajj in a pandemic, but then I thought that it was highly unlikely that I’d be chosen anyway, and it wouldn’t hurt just to try.

“I was really impressed at the amount of thought that went into the execution of everything from the enforced quarantine, to the visit from the Ministry of Health, and the overall coordination of everything given that it all occurred over a very short period of time.”

Asked if she was nervous and why, Alli said: “At this moment in time I’m quite overwhelmed with everything. It feels like everything is happening all at once and that I’m not ready… Is anyone ever really ready? The gravity of this ritual hits home. It’s a kind of reckoning, not just with The Almighty, but with oneself too. It’s both equally exciting and terrifying.

“This is the most grateful gift and feeling that I have ever known.”

Pilgrims start to arrive in Makkah in preparation for Hajj 2020 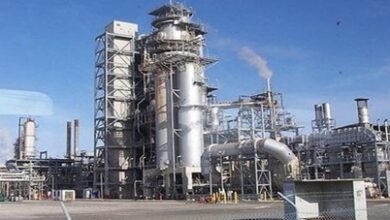