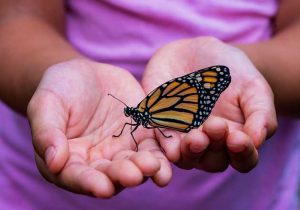 “What do you think happens to kerosene when it is poured on your head?”
Surya stumbles as she speaks to IPS. “It goes down, it goes trickling down.”

When someone speaks to a burn victim, one naturally feels shocked, sad, and sympathetic. But in talking to Surya, who has the major part of her body burned, the feelings were of hope and inspiration. How is it possible to survive this trauma and still have so much love and joy to share?

Among the many domestic abuse survivors I have interviewed over the past several years, Surya stood out. The incident that forever changed her physical attributes paved the way of hope for millions all over the world. She had a shining soul and a beautiful spirit.

Sixty-two-year-old Surya is a mother of two and a burn abuse survivor. She was doused with kerosene by her former husband following a heated argument in Chennai, India, almost three decades ago.

It was a regular summer day and the couple had a rift. At one point both lost their cool and before it became physical she retreated and went to the kitchen. The last thing she remembers is a liquid poured on her that felt like intense burning. She ended up in a hospital for six months. It took another 2 years to get back on her feet. Had it not been for helpful neighbors who transported her to a hospital, Surya might not have survived her burns. Now, many years after the incident she speaks with confidence and says she has fully accepted her fate and the scars have made her stronger and sparked in her a love for life.

Surya’s energy was infectious and it confirmed the fact that people who have experienced trauma, can, in fact, learn to be happy again. She does not harbor hatred or resentment. Rather, she revisited, with great dignity, how she became a burn victim and how the incident unfolded.

“It is important to educate men and women alike to understand the various dynamics of a relationship, and how to foster tolerance from an early age,” Surya said to IPS. She went on to explain in detail how boys should be educated to understand their roles as brothers, husbands, and fathers.

According to the World Health Organization, an estimated 180,000 deaths every year are caused by burns – the vast majority occur in low and middle-income countries. In India, over one million people are moderately or severely burnt every year. According to India Today, twenty-one dowry deaths are reported across the country every day. The National Crime Records Bureau (NCRB) states that in a single year more than 7,634 women die due to dowry harassment. Either they were burnt alive or forced to commit suicide over dowry demands. Bride burning continues in countries like Pakistan, Bangladesh, Nepal, and others.

Surya said to IPS that she had an arranged marriage and, as a dutiful wife, she respected her in-laws and tried her best to be a good wife and a good mother. But something was very wrong from the beginning. The way her husband treated other women in and out of the household was accepted as the norm. It was meant to be the duty of his wife and the mother of his children, to bear everyone else’s wrath. It was also a cultural expectation to remain silent, to uphold the family status, and save face. Her husband showed no empathy and the society Surya lived in made his abuse permissible.

This mindset of blaming women for everything that goes wrong in a household is echoed widely in South Asian countries. Women are taught from an early age to endure abuse. Although it is expected that women will hold the family unit together, this responsibility comes with the added expectation that they do not speak up and suffer in silence.

I asked Surya: “What is the one piece of advice you would give your own self if you could go back in time?” She replied that she would make sure to tell herself that anything and everything can happen to anyone.

No matter how much she would pray for things to be different and for things to get better, the physical and mental abuse continued and increased in severity. Her former husband considered himself as superior, believing he was always right and that women were nothing but objects to be dealt with harshly as he willed.

Surya stressed the fact that from an early age, boys need to be taught that men and women are equal. And everyone must speak up about how they feel. Men need to channel their frustration in a healthy way and should be encouraged to speak up as well.

According to The Lancet, in 2017 there were 197.3 million people with mental health problems in India, comprising 14.3% of the total population. Some 29.5 % of men went through depressive disorders closely followed by women.

Surya is now an advocate, speaking about her journey and inspiring many with her story. She works at a reputable company as a senior advocate and is now self-sufficient. Her journey has inspired many girls to get back on their feet and heal both mentally and physically from brutal trauma. She has also inspired a new tech startup that is working to provide safe and secure communication for domestic abuse victims.

Meghana (Megs) Shah, founder of The Parasol Cooperative said to IPS. “At the age of seven, I met Ms. Surya. She was unrecognizable except for a few distinct features. Her face was always covered and she wore a scarf around her scalp and the side of her face at all times. One day I walked in while she was on applying ointment – she was actually resetting ‘silicone prosthetic’ ears. There was a hole where her ears once used to be.

“I was startled, but it reminded me that injustice exists in the world and people can be cruel. It is this moment that shaped my desire to help people and stand up for those who can’t stand up for themselves. She and so many people like her
have had their lives compromised – that is my motivation and the reason behind creating my tech non-profit, The Parasol Cooperative.”

In many cultures, men believe they are especially privileged which creates added pressure and expectation. Suppressing emotions and fomenting anger takes center stage. The United Nations Sustainable Development Goals aim to minimize the global gender gap. Awareness from an early age can equip future generations to be more tolerant, expressive, and open.

Girls need to be taught to be vocal and to be aware of their surroundings. If a crime is committed, or if abuse takes place, these need to be exposed and women need space and ways to communicate their fears, without being judged or shunned by society. Community centers, schools, online, and offline outreach programs can come to aid in building such safe grounds for sharing and expressing concerns. In many societies, denial or making light leads to the problem blowing out of proportion. The society needs a collective shift in how abuse, oppression, and gender inequalities are dealt with.

Nigerian Economy Out of Recession