Kidney disease is a non-communicable disease which currently affects around 850 million people worldwide. In Cameroon alone, almost 4000 deaths are attributed to kidney disease, with many more unaccountable. The growing prevalence is alarming and the lack of resources to care for the growing population of kidney failure patients is frightening.

Mesape Marbel, psychologist at the Iya Foundation Female Resource Centre said the reason for the launch of the Centre is that dialysis is very expensive as patients go to consult twice a week. “As such many patients cannot afford good quality of food, while some can afford to buy perishable goods,” She said

The foundation has launched this programme to offer non-perishable goods to patients which will help them save money for the dialysis. The food security programme is going to take place 4 times a year (every 3 months). The kidney patients were provided with rice, spaghetti, savon and other items.

“Iya foundation is calling on partners to support the food pantry as one is going to be open to support patients, and even orphanages. Even if you are a farmer you can partner with us as even the tomatoes they donate will go a long way to help the patients,” Mesape Marbel said.

The CEO Iya Bekondo has fought kidney disease for more than 30 years. At age seven (7) she was diagnosed with kidney disease, and subsequently lost her kidney ten years later. She received an organ from her mother at the age of 17 and both are doing fine. Upon receipt of her transplant, Iya has made a commitment to helping low-income uninsured patients who suffer from end stage renal disease, as well as educate, inform, and create awareness about chronic kidney disease.

The Kidney patients have appreciated the gesture from the Iya Foundation, though it is not the first time they are receiving such a gesture from the foundation. “We feel happy, and we believe we have somebody behind us who is assisting us morally, financially and materially,” Mola Mbala, President of haemodialysis patients told reporters.

He further frowned at the poor situation of dialysis machines at the Hospital which has led to some losing their lives. “At the moment, there are not enough dialysis machines and if not of a technician who manages to put up the old machines (the machines run day and night). There are days that only 2 machines are working and those 2 machines cannot dialyze 30 patients a day. The dead rate is alarming as in just one week we have lost 8 patients because the machines are not there. We do not have a difficult distress breathing machines.”

Mathias Ngale said he is very happy because he knows their mother is there for them. Kidney problem is a difficult task because every week you to dialysis twice, and we are very grateful for her donation which she has been offering for some seven years now,” He said.

This is not the first time that the foundation is assisting kidney patients. In celebration of the World Kidney Day members of the Foundation held a community sensitization campaign in Limbe. During this process free screening for early detection, and a kidney walk was organized.

According to a Medical consultant , organ donation should not be something scary for people not to undertake as there are hospitals that are qualified and the risks are really minimal now.

The Iya Foundation is a New Jersey based 501(c)(3) Non-Profit Organization which aims to save lives by educating and raising awareness on chronic kidney disease as well as raise funds that benefit low-income uninsured End Stage Renal Disease Patients, especially amongst the U.S. African Immigrant community and abroad. The foundation offers counselling, education, nutrition advise for kidney patients. 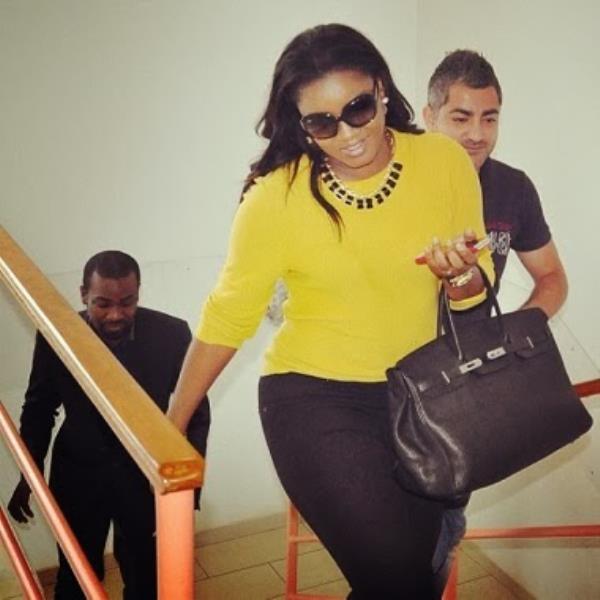 Omotola Speaks About Her Life And Character