One of the leading Children’s organisation in Sierra Leone, Defence for Children International (DCI) has in a press statement today on the day  marking the commemoration of the Africa Child’s day said Children in conflict with the law in the country are detained in abusive and horrible conditions.

“As Africa commemorates another Day of the African Child, 16th June 2020, with the theme “Access to Child Friendly Justice”, DCI – Sierra Leone would like to remind the government of Sierra Leone that Sierra Leone is one of the pathfinder countries for access to child friendly justice for children, yet the justice system is quite abusive and horrible to children in Sierra Leone,’’ the release said.

According to the DCI, children in conflict with the law are still detained under terrible conditions at the Remand Homes in Bo and Freetown and at Approved School in Freetown adding that the inmates of Remand Home in Freetown eat only twice a day, they lack personal hygiene substances, two to three inmates share a foam that is in bad condition and they lack basic health care services.

“The situation is even worse at the Bo Remand Home and inmates now exhibit serious skin infections that require urgent medical treatment. The Remands Homes are overcrowded, and their conditions are not acceptable, so government needs to take urgent action to address the critical underlying problems,’’DCI stated.

DCI believed that child victims or  survivors of violence including sexual violence as well face similar challenges in trying to access justice adding that delay in prosecution procedures, lack of access to free medical treatment in some parts of the country, limited measures for protection of victims and witnesses among other things increase both financial and social costs that make access to justice for victims or  survivors prohibitive.

According to DCI, for a government that promotes human capital development as a fundamental approach to sustainable development in the country, it is important to note that justice is an enabler of children’s development and must be fully mainstreamed within overall government development framework and be implemented.

DCI however called  on the government of Sierra Leone to urgently consider   reviewing the Child Rights Act of 2007 and the Children and Young Persons Act of 1945 and  to  a new law that meet international standards and best practices in the realization of children’s rights in general and access to child friendly justice in particular.

The Child right organisation further recommended that  with the imposition of life imprisonment penalty for perpetrators of sexual violence against minors under the amended Sexual Offences Act of 2019, thus urging the government to  introduce appropriate measures within the justice system and at community level for the protection of victims/survivors, witnesses and their families.

“Introduce new measures that can enhance speedy trials including recruitment of additional professionals in the justice and social welfare systems;The National Commission for Children must set up child friendly complaint mechanism for the use of children,’’ 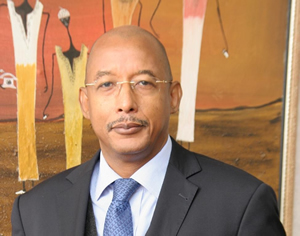 Why infrastructure development in Africa matters