Juba – The Troika, UNMISS has expressed concern over “escalated levels of intercommunal violence across South Sudan” which comes as a result of “vacuum created by” absence of state governments since February this year.

The two bodies say this could unravel the peace deal if not addressed on time.

The peace parties formed a  presidency and cabinet in February in an attempt to end the country’s five – year conflict that has killed nearly 400,000 people and uprooted four million people from their homes, before devastating the country’s economy.

But, a deadlock over state allocations has been delaying appointment of 10 state governors, including three administrative areas.

This, according to UN, has led to uncontrolled ethnic and inter-clan conflicts in some states, particularly in Jonglei, Warrap, Central Equatoria, and Lakes.

“In Jonglei, the vacuum created by the lack of governance has exacerbated cycles of inter-communal violence,” said Troika in a statement, referring to recent deadly fighting in Akobo areas.

In May, there was a renewed conflict in Central Equatoria areas, around Yei town and Lainya. Local authorities mentioned both signatories and non-signatories to the September 2028 peace deal of onslaught, but the NAS and government sequentially denies it.

“In Central Equatoria, the ceasefire signed in January between the government and non-signatory groups has broken down and we have seen heavy fighting between forces in recent weeks, with villages destroyed and their communities displaced,” it continues.

However, the Special Representative of the Secretary-General, head of the UNMISS, David Shearer has said the escalating inter-communal clashes in the country are causing immense harm to civilians and risk pulling organized armed groups into conflicts that could derail the peace deal.

In a statement, the UN Chief stated that between January and May this year; UNMISS recorded 415 violent incidents between communities, up from 129 during the same period in 2018.

It disclosed that while fighting between political parties has significantly reduced as factions broadly respect the ceasefire, the scope and intensity of the current outbreak of intercommunal violence could threaten this fragile peace.

In late last year, there has been an escalating cycle of tribal violence in Jonglei region, which involving the Dinka, Nuer and Murle communities respectively.

“Hundreds of people have been killed or injured, women and children abducted, cattle stolen, homes burnt to the ground and thousands forced to flee to escape the violence,” said Shearer.

Similarly, such violent attacks by armed groups had also occurred in northern Unity state, near Ruweng administrative area, as well as on the borders of Lakes and Warrap states with reports of further mobilization and potential revenge attacks.

“Fighters in uniform have been observed amongst those engaged in the violence indicating that more organized forces may be joining, which is a worrying trend,” said Shearer. “Tensions remain very high and we urge the groups to lay down their weapons and come together to reconcile.”

In Central Equatoria, the UNMISS stated that clashes are continuing between the National Salvation Front, Government and Opposition forces that have resulted in the death and displacement of civilians, rape and sexual violence against women and girls, and the destruction of property.

It says the fighting is counter to the terms of the Cessation of Hostilities Agreement signed by all parties under the auspices of the community of Sant’Egidio in January.

“Much of the lawlessness and seizing of resources by armed groups stems from an absence of authority because political parties have failed to agree on the appointment of governors and local authorities in the 10 states,” said the Special Representative of the Secretary-General.

Shearer “Appointments need to be made now to help restore order.” “We strongly urge the Government and other parties to compromise and agree on these critical positions so the states can take steps to prevent conflict, build peace, and assist with the COVID-19 response which is vital given the rising number of cases across the country.”

Both Troika, UNMISS called for the urgent resolution of impasses among transitional government parties over the appointment of state governors.

The Troika further called upon the peace parties to compromise and set up state governments.

“Any further delay creates uncertainty that undermines the transition process, slows the fight against COVID-19, and holds back efforts to end the violence that now threatens the hard-won peace,” said Troika in the press statement.

If unaddressed, heightened violence risks the achievements of the 2018 peace deal in South Sudan, a country which gained her independence from Sudan in 2011 after the decades of scorched – earth conflict.

Malawi to hold elections on June 23 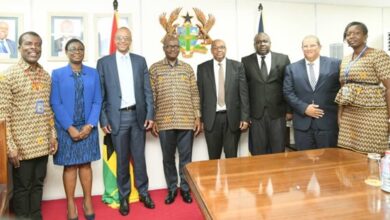 Talks on the Nile in attempt to solve Renaissance Dam deadlock