Cast your mind back. Six months ago—it seems like a lifetime—the world’s attention was on Madrid. The United Nations was meeting to take stock of international progress in fighting climate change. Headlines were dominated by young people pointing out—rightly—that governments were still not doing enough. They demanded urgent and ambitious action to cut emissions and help the most vulnerable. 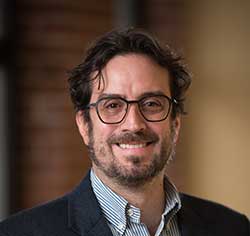 Fast forward to today. A then-unheard-of disease has swept around the world, with a death toll of almost half a million and climbing. Whole societies have shut down. The world faces its deepest recession in a century. And cities across the West have exploded in protest against racial and economic injustice.

At first glance it is hard to imagine a bleaker outlook for the climate action that our young people were demanding. The climate crisis has certainly not abated. Globally, last month was the hottest May ever recorded. The past decade was similarly the hottest in recorded history. This year was supposed to be a deadline for countries to produce more ambitious climate plans (known as Nationally Determined Contributions, or NDCs). Instead, governments are reeling in the face of twin economic and healthcare crises. What chance is there for bold climate action?

But there is still cause for hope. As countries plan for economic recovery, governments have a major opportunity to drive investment in more efficient, more resilient and lower-emission infrastructure and unleash win-win outcomes. The International Energy Agency calculates that an ambitious recovery focused on efficient and low-carbon technologies can make 2019 the definitive peak in global emissions, while leaving the global economy 3.5 percent bigger in 2023 than it would be otherwise. If governments seize this opportunity, we can build more sustainable development models and address the climate crisis at the same time.

This is where the NDC Partnership is making a difference. We are a coalition of more than 110 countries and around 70 international institutions working together to drive climate action and sustainable development through national climate plans or NDCs. In line with our commitment to country-driven climate action, we consulted with seventy of our member countries in the early stage of the COVID-19 pandemic to understand the challenges they face. Our assessment highlights cause for concern ranging from shrinking climate budgets to growing national debts. Countries want to shape their economic recovery in line with their national climate priorities, but in many cases they lack the capacity to do so.

Led by our Co-Chairs, the governments of Costa Rica and the Netherlands, the Partnership is unveiling a raft of green recovery measures at a virtual green recovery forum today. In a show of solidarity, dozens of our country and institutional members are committing to place climate plans at the heart of economic recovery.

As part of this commitment, the Partnership is unveiling its deployment of economic advisors to at least thirty developing countries to support governments in designing climate-friendly recoveries. This initiative is backed by a group of leading experts from across our membership so that countries can leverage the latest thinking in smart recovery, from clean energy and transport systems to safer, more resilient agriculture and water infrastructure. Countries and institutions alike will learn from each other’s experiences. Armed with this greater capacity and access to expertise, countries have a real prospect of building back better.

This give me hope. But there is more. In the face of COVID-19 we are reminded of some important facts that have been lost in much recent political debate. It pays to heed expert scientific advice—natural disasters cannot be wished away just because they are politically unpalatable. Effective governments are vital to responding to global crises. Resources can be mobilized at huge scale when the need is clearly understood. And when societies are mobilized, we can make big changes happen fast. Climate change is as big a crisis as humanity has ever faced. But whenever you doubt whether we can rise to that challenge, cast your mind back six months. The global community is primed for a green recovery.

Pablo Vieira Samper, PhD is global director of the NDC Partnership Support Unit. The Partnership is a global coalition of 179 countries and institutions working to achieve the Paris Agreement goals. 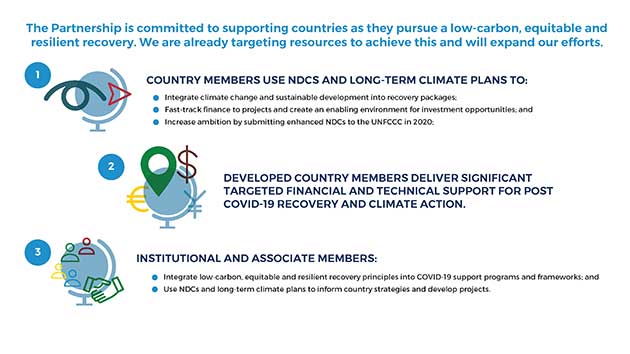 Managing an Epidemic Within a Pandemic