The election followed the nullification of 2019’s poll in which Mutharika was declared winner.

Chakwera himself and Mutharika’s Vice Saulos Chilima took the irregularities that marred the poll to court and the order was that the poll be held in the next 150 days from February 3.

But hours before the announcement, Mutharika said the country had held its worst ever poll citing the attacks on  monitors of his party as having an impact on the results.

Mutharika held a briefing along with Atupele Muluzi, whom he patterned with in the election.

Meanwhile, Chakwera and Chilima have taken oaths of office in Lilongwe and as of yet, Mutharika has not formally extended an olive branch to the two.

Here are the results: 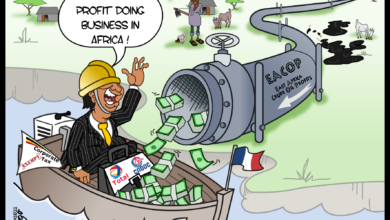 As TotalEnergies Profits Soar, the Rest of Us Suffer