Malawians will this Tuesday be voting in a fresh presidential election  following a court’s order for the same.

The official campaign for the elections has since been officially closed.

The campaign period has been dominated by two fronts, one in which the ruling Democratic Progressive Party entered into an alliance with the United Democratic Front while nine other parties led by the Malawi Congress Party and the UTM formed another electoral alliance under the banner Tonse (Together) Alliance.

Incumbent President Peter Mutharika whose 2019 re-election was challenged by the MCP and UTM has a tall order to defend the seat this Tuesday.

This is after the opposition block has formed a fierce challenge against him, apparently accusing his regime of nepotism, corruption and gross incompetence.

However, Mutharika says the opposition have only chosen to ignore development at the expense of various protests they have been endorsing.

More so, he also accuses them of conniving with court judges to nullify the 2019 elections, an accusation that recently saw legal practitioners in the country hold national wide demonstrations against what they dubbed as illegal attack on the role of the judiciary.

On the other hand, another candidate Peter Kuwani who leads the Mbakuwaku Movement has branded the other contestants of running cartels of corruption.

About 6.8 million Malawians registered to vote in the elections last year and a recent court order indicated that there should not be any new registrants in the system. 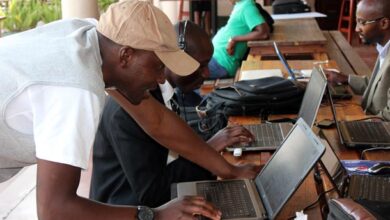 A Struggle For Survival From For Zimbabwe’s Beleaguered Youth