There is no 50 per cent salary slash in PEA schools. It was a copping mechanism

Njie Kale Samuel, Presbyterian Church in Cameroon (PCC) Education Secretary has said the present situation of Presbyterian Education Authority (PEA) Workers asked to take a 50 per cent salary pay cut is just temporary. To him, the government announce subvention which has not been done for some two years will see the salary situation of PEA teachers revert to normal.

The Education Secretary Njie Kale Samuel was speaking to Journalists June 27, 2020, during a press conference with the PCC National Communication Secretary Rev. Mokoko Thomas to address the salary imbroglio with some PEA teachers.

Some teachers have been protesting against the slashing of their salaries of up to 50% as it will be difficult for them to sustain themselves and their families.

In his opening remarks, the Educational Secretary made it categorically clear there was no general strike but an isolated issue. “Only in the campus of Mankon and Bafut that we had the teachers not 100 per cent who refused to go to class. In other areas we had a handful of teachers who did not go to class. There is no 50 per cent salary slash in PEA schools. It was a copping mechanism,” Njie Kale Samuel made it clear.

With the announcement payment of state subvention, something which has not been done for some two years now, the Educational Secretary noted that the present situation of the teachers will be redress and their full salaries will be paid.

According to information these PEA teachers were made aware of the decision to slash their salaries by 50 per cent. “Our proprietor send us an information that as from May our salaries will be slashed by 50 per cent. At the end of the month of May it was effected, and we were paid 50 per cent of the salary was paid,” Ntewa Boniface, Biology teacher in PSS Douala said.

As at the moment, PEA staff in all functional schools like PSS Mankon, PSS Bafut, PCSS Buea, PGSS Limbe, PSS Douala, and PCSS Yaounde has all been paid their full salaries up to April 2020, and some have even collected their 50 per cent for May 2020.

“We lastly received our salaries in the month of April, and this May and June I have not received, but I know I’ll receive by the Grace of God,” Misodi Rahel, Computer Science at PCSS Buea told reporters.

Joghia Emmanuel, Chemistry teacher at PCSS Buea said: “We received our last salary in the month of April and hoping that the salary situation will be addressed as soon as possible.”

Some teachers of PCC schools severely affected by the ongoing crisis, and have not taught for three years have still been paid their salaries. According to Ngoume Patience of PS Kotto Barombi, said that even though they are in the interior parts and have not been teaching for the past three years they appreciate the officials that they still provide them with their salaries.

In a document signed by the Proprietor dubbed, “current salary situation of Presbyterian Education Authority (PEA) Workers as at the 2019/2020 academic year”, indicated that during a meeting it was resolved that technical leave was granted to some teachers in the non-functional schools, while others saw their contracts terminated, and benefits paid following an established payment plan.

“… 168 teachers were redeployed to functional secondary schools according to needs and 33 for basic; while some students equally migrated to such schools to continue their studies,” the Moderator noted.

The current salary imbroglio that led to the isolated teachers strike in PSS Mankon and PSS Bafut came as a result of a provisional adjustment made by the Church Treasury only for this few months of financial hardship imposed by the COVID-19 pandemic.

“… A protocol agreement was signed with the teachers and since January 2019 over 98.9 million francs has been paid to over 576 teachers as follows; 62.4 million francs to Basic and Secondary education teachers for the North West and 33.5 million francs for the South West.” The Church even at this point of the COVID-19 pandemic is doing everything to comply with the Protocol Agreement with continuous payments some up to 1.5 million francs for a single teacher (only for teachers in the non-functional school),” part of the document from the Moderator read.

It is important to note that since the outbreak of the Anglophone crisis in 2016, Presbyterian schools across the two English-speaking regions have suffered enormous setbacks due to the shutdown. More than 50% of the institution has been affected and rendered dysfunctional due to the school boycott, abductions, and acts of arson leading to a drastic in enrollment and revenue.

Speaking equally, the National Communication Secretary, Rev. Mokoko Thomas said not only teachers are being affected by the ongoing pandemic as other departments of the Church has been affected. He added that though some may not face salary dedication, the projects or some of them their allowances have been suspended or curtailed.

The Educational Secretary went on to note that teachers are not seeing the crisis that is ongoing but looking at their personal interests. The pandemic has affected schools under the Catholic and Baptist domain. “At the moment the annual increment which comes up every two years (teachers’ salaries moves up) cannot be maintained. We can only bring back the annual increment when the crisis ends,” the Education Secretary said.

Coronavirus – Africa: What will power the post-pandemic global economic recovery? 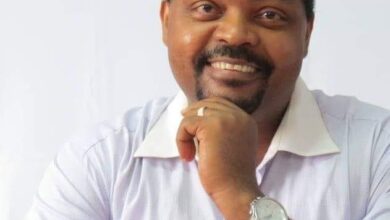