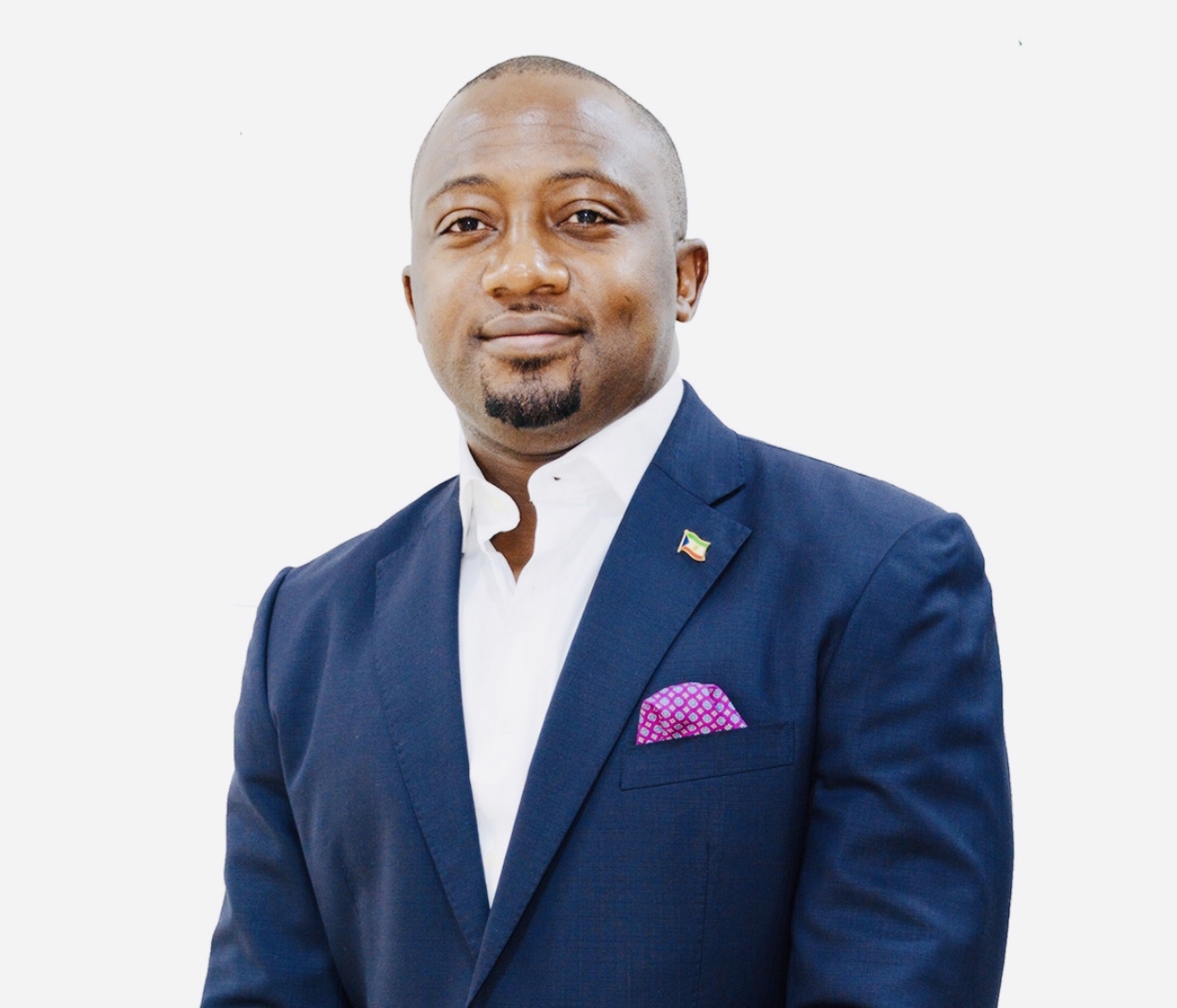 Singapore is a relatively young country, like many in Africa, but is now globally considered as an example to follow in terms of sustainable economic development.

With 1.2 billion people and the youngest population on the planet, the African continent has great potential and much room for improvement to become one of the most vibrant economic centers globally. To achieve this, the continent will have to undertake deep and painful but necessary structural reforms in its socio-economic architecture, if we are ever to get on board train that leads to progress and sustainable development. In this regard, the development model of Singapore offers several lessons.

Singapore is a relatively young country, like many in Africa, but is now globally considered as an example to follow in terms of sustainable economic development. Singapore is also mistakenly considered an economic miracle, even though nothing is further from reality. The success of Singapore is not a fortuitous event or a miracle, but the fruit of the effort, sacrifice and vision of men and women with a great sense of state who decided to work towards a common goal that was none other than getting their country out of the list of the poorest in Asia, and turn it into one of the richest and most prosperous on the planet.

It can be argued that no country made the leap from Third World poverty to the wealth of the developed world as quickly and completely as Singapore did. In the 1960s, Singapore was known for its opium lairs, gang-ridden streets, and racial tensions. It is now known for its high-tech industries, comfortable lifestyle, and high-speed internet penetration. Singapore emerged from being a tropical haven to become one of the richest nations in Asia in just only a few decades. Per capita gross domestic product increased from $516 in 1965 to $22,000 in 2004 to $50,123 in 2011 and to $66,000 in 2019, according to government statistics.

It is surprising to see how a small country of just 700 square kilometers with few natural resources has become one of the richest countries in the world in just five decades. At its accession to independence, the country’s per capita income was then comparable to that of countries such as Ghana, Nigeria, Kenya, etc. Projections by the World Bank and other international institutions predict that by 2050 Singapore will continue to top the list of countries with the highest income.

When Lee Kuan Yew became prime minister in 1959, the country’s per capita income was just under $500. A short time later the Singapore Economic Development Board was created to design and implement a series of economic measures. At that time, Lee Kuan Yew decided to go for the secondary sector, initiating a prosperous stage of industrialization. The father of the nation knew how to create six decades ago a master plan on what his country should do to become a very prosperous nation in Southeast Asia. The central axis of that plan has been economic freedom and a high-end education. This vision was rewarded in the 1970s, by attracting foreign capital from oil companies and becoming one of the largest oil refining centers in the world.

Today, Singapore is one of the world leaders in a multitude of industries with high added value, as is the case of the petrochemical industry. If we have to explain the key to its success in the shortest possible way, we would cite the following factors:

Although each country is unique and has a particular story to tell (with its strengths and weaknesses), the case of Singapore can serve as an example for African countries, in pursuit of structural reforms that are capable of creating economic and social development. Despite vast natural resources and a rapidly growing young population, Africa remains the worst-positioned in terms of world’s economic, human and social development indexes.

The African continent must build its own paradigm and economic model based on the values ​​of effort, discipline and free market. This requires, first and foremost, to ditch the development aid approach that has been adopted since the Second World War. After decades of failed policies, we believe that aid is unnecessary, prevents governments from seeking their own solutions, and encourages laziness. Therefore, the best thing Africans can do is to trust the market and its growth models. Africa must break its dependence on aid and work on strategic plans that would allow its people to be lifted out of poverty in an orderly and sustainable way through the promotion of entrepreneurship and free market. Aid has never been a catalyst to escape poverty and achieve economic development in any African country.

It should be Africans themselves who take the initiative and set themselves the goal of creating economies with a high regional and national content, since they have enough resources to achieve this strategic goal. It is paradoxical that the same countries that exploit the natural resources of the African continent later return a minimal part of the profits in the form of aid. The problem, then, is the inadequate management of resources and the technical incapacity to transform natural resources into added-value goods and services. Africans have to understand that they do not need others to build the house for them, but rather learn how to build it themselves. No help is bad as long as it is done in a selfless and responsible way.

In a globalized economy where the strategic interests of the most influential countries and economic poles set the agenda, control of economic springs and access to sources of financing become essential, as demonstrated during the Covid19 crisis. In this sense, it is urgent that Africa assumes its responsibility and the real control of African political and economic institutions. By way of illustration, many Africans complain and lament the dysfunctionality of continental political institutions such as the African Union (AU) for their inability to provide solutions to recurring problems at the continental level. A large part of the obstacles faced by the African Union in doing its job lie in the funding structure of its budgets.

At the AU Extraordinary Summit held in Niamey, Niger on July 2019, the Executive Council adopted the AU’s budget for the year 2020 of some $647.3m, the breakdown of which is as followed:

Given its funding, it is impossible for the African Union to be efficient and effective in solving African strategic issues when a large part of its funding depends on the good will of its economic and political adversaries in the global arena. With this structure, it is unimaginable that the AU can develop economic and social policies at the continental level that would allow African countries to position themselves in the international arena to compete with other economic poles on equal terms. As the popular saying goes: “the one who pays, rules.”

In the financial and banking spectrum, we can cite the shareholding architecture of the African Development Bank (AfDB), where we have 56.7% of voting rights in the hands of African States and 43.3% in the hands of non-African countries. With this architecture, it is impossible for the AfDB to have a 100% pro-African agenda without the interference of extra-African interests, since they hold a considerable decision-making power within the most prestigious financial institution on the African continent.

The same asymmetries are found in the extractive industries throughout the African continent. After more than seven decades of mining and oil exploitation, the continent still does not have control of these strategic sectors that constitute the locomotive of many African economies. Indeed, African oil and gas producing countries and exporters of other raw materials continue to depend entirely on the financing and technology of foreign companies where value is really added.

Big producers from other regions such as the Middle East have understood the game and participate in the entire value chain, from exploration, development, production, refining and transportation to international markets. It is in this sense that we continue to advocate for the responsible implementation on the African continent of Local Content policies in the extractive industries to ensure that African natural resources promote and pave the way towards a sustainable socioeconomic development of our continent.

Africa cannot live in autarchy. We need and must have commercial exchanges with the outside world. What needs to change and improve is the way in which these trade exchanges have been carried out so far and become more balanced and beneficial to the African people within the globalized economic system in which we are immersed. For this to be possible, we must ensure that private initiative is the one that takes the reins of economic activity in all sectors. For this to happen, efforts must be redoubled in the following aspects:

Singapore demonstrates that the most important resource that countries have is their human capital and that providing high quality education generates prosperity for all. Such returns on investment and social benefits are superior to any other policy. This remains a daunting task for Africa given the difficulties in accessing higher education, the low quality of programs or careers at universities and technological institutes, the disconnection between the curricula and the competences required in the labor market, as well as the deficit in the funding of public schools and universities.

Singapore also serves as a mirror to counter the culture of corruption that prevails in most African countries. In Singapore, anyone who uses illegal channels or promotes the misuse of public resources is severely punished, which produces trust and transparency in each of the processes that the Government carries out with third parties. Africa is still too far from the Singaporean example in these aspects, given the instability in legal rules for companies and citizens, many of which are counterproductive to economic growth and wealth generation.

Another lesson that African countries can learn from Singapore is the integration of technology and innovation to drive economic growth that is sustainable over time, as well as finding solutions to urban problems. It is necessary to consolidate productive synergies with more sophisticated goods and services or, in their effect, encourage other types of strategic sectors where the continent has great potential to position itself in the increasingly competitive global scenario. Unfortunately, Africa still remains a welfare-oriented continent and with ample resistance to change in the face of new trends that have already been successfully assimilated by others in global markets.

At the continental level, there is also a lack of true leadership that is visionary and inspiring to build a collective narrative that manages to bring together all countries and economic sectors, beyond confrontations and ideological speeches. Just as Singapore allowed the mixing of races so that beyond their ethnic or linguistic provenance they saw each other as people of one nation, the African continent must take advantage of its multiculturalism to encourage the development of its people who have been excluded from the benefits and advantages that the globalization brings.

If Africa manages to take this path, then perhaps one day we could live up to the Singaporean example and be recognized around the world, just like the successful model that led to fame and prosperity in the Asian country. Only in this way can we dream of talking about the “African miracle or awakening” in the not-too-distant future.