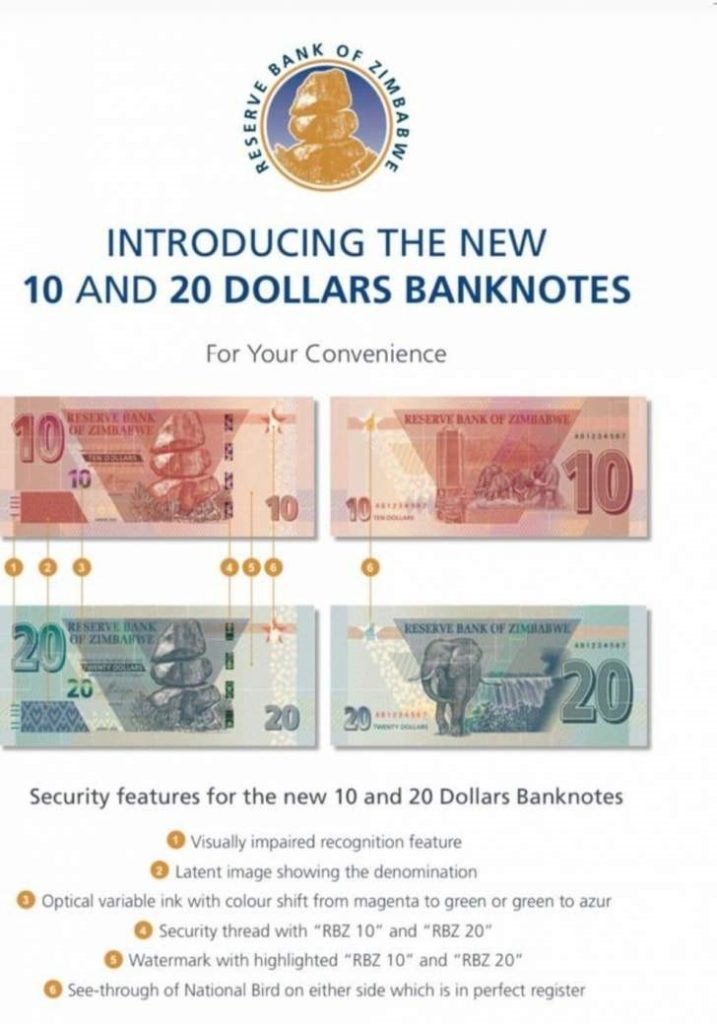 The Reserve Bank of Zimbabwe released a statement on Friday 15 May informing the Zimbabwean population that it’s going to introduce new higher denomination notes starting May 19. The Central Bank said the introduction of the new higher denomination notes is part of measures being implemented to increase physical money supply and curb cash shortages.

The Zimbabwean government re-introduced the Zimbabwean dollar last year which had been discarded in 2009 owing to hyperinflation.

Zimbabwe has been facing serious liquidity challenges both physical foreign currencies and the local currency. Bank queues have become the norm for those looking to get their money in hard cash. the liquidity challenges are attributed by some to be the major enabler of the forex black market as the few individuals who have access to physical banknotes sell them at a premium to those in need in exchange for electronic/mobile money.

Eddie Cross said that the central bank had taken caution with regards to creating new money. “We are moving cautiously because we don’t want to disturb the monetary balance and we are insisting that banks pay for the currency when they draw it so that there is no money creation…We are now taking steps to start implementing that. We started in September last year when we had about $500 million worth of notes in circulation and now we have between #1.3 billion and $1.4 billion notes. This will take it up to $2 billion. Our target is $3 billion, which amounts to about 10 per cent of our money supply.”

Mr. Kingston Kanyile an economist said the “higher denomination notes were long overdue if you just look at the inflationary trends and projections…Depending on how much they are going to put in the market it has to be within the requirement of making sure that there isn’t excessive money going around. This is so because if there is too much printed money we will have a problem.”