The World Bank Group announced in a statement Tuesday that 60 million people could fall into extreme poverty due to the Covid-19 coronavirus pandemic, which would erase three years of progress globally.

In 2015, there were 734 million people or 10% of the world’s population in extreme poverty, which is defined as living on less than $1.90 a day, according to the World Bank’s most recent estimates.

Previously estimating 49 million would be pushed into extreme poverty, the World Bank points to the pressure on healthcare systems as well as the impacts on both developing and advanced economic systems as factors for the increase.

“The health and economic impacts that the Covid-19 pandemic and shut down have inflicted on developing countries are severe,” World Bank President David Malpass said on a media call.

Malpas also shared the group is predicting a “deep recession” with the world economy falling 5%.

The World Bank is financing emergency programs in 100 countries representing 70% of the population, part of an initiative to spend $160 billion over 15 months to assist countries’ healthcare, economic systems and social protection programs.

Thirty-nine of the 100 counties are in sub-saharan Africa, while nearly a third are in conflict areas like Afghanistan and Haiti.

“To return to growth, our goal must be rapid, flexible responses to tackle the health emergency, provide cash and other expandable support to protect the poor, maintain the private sector and strengthen economic resilience and recovery,” Malpass said in a statement. 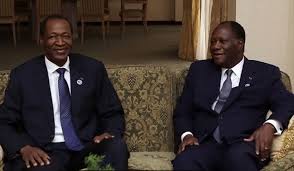