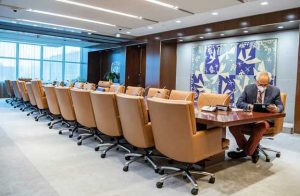 Stéphane Dujarric, the spokesperson for the UN Secretary-General António Guterres, prepping for a virtual press briefing with him, April 30, 2020, UN headquarters. The secretary-general had asked the current UN medical director, Dr. Jillann Farmer, to extend her term a few months during the coronavirus crisis. But now she is returning to her home country, Australia. Credit: ESKINDER DEBEBE/UN PHOTO

“Are you a senior medical executive with expertise in healthcare management with oversight of clinical services and occupational health at a facility, state, national or international level? The United Nations Secretariat is seeking a Medical Director at the D-2 level in the Department of Operational Support,” an ad posting on the UN’s job portal reads.

Dr. Jillann Farmer, the current UN medical director, is leaving, so the main person in charge of advising whether the UN headquarters compound, in New York City, is going to remain open or closed in the pandemic will be replaced.

“This was the first time we had simultaneously to move into our own business continuity model, while supporting the rest of the world,” Dr. Farmer told PassBlue in an email during her last week at the UN, before returning to Australia on May 15. She is taking up a new job in Brisbane, her hometown.

The UN has not confirmed whether a successor for Dr. Farmer has been found yet.

Over the last few months, Dr. Farmer was the person advising UN Secretary-General António Guterres as to whether the UN should remain physically open in the New York City lockdown, and recommended that it do so as of mid-March, with the provision that UN personnel in the Secretariat should telecommute, affecting nearly 13,000 people. She has also consulted with the New York City authorities in her decision-making.

Despite recent infighting among some countries about whether the headquarters should remain physically closed or reopen for meetings of member states on June 1st, her departure does not seem to be political. In fact, Dr. Farmer did the UN a favor by staying during the pandemic, as her departure was first planned before the outbreak hit New York City on March 1st.

Dr. Farmer said she gave notice that she was leaving the UN in February and was supposed to leave in April for Brisbane to become deputy director-general for the Department of Health in Queensland, the second-largest state in Australia. She stayed because of a recent personal request from Guterres himself. She extended her stay overall at the UN for much longer than she has done before in her career.

“For most of my career, I have changed roles every 5 years or so,” she told PassBlue. “The SG’s [secretary-general] reforms and the changes it brought meant that extending for a couple more years was sensible, because my job changed a bit, but after 7 years, it’s time to move and look for new challenges. This was also an opportunity for me to return home and be close to my family.”

As medical director since 2012, Dr. Farmer has been in charge of the UN’s internal health care system, including oversight for UN personnel worldwide and more than 400 health care services, from primary care clinics to military forward medical services and hospitals, according to the organization.

Before she worked for the UN, Dr. Farmer had been a clinical doctor, a medical executive and a patient-safety improvement expert. During her term at the UN, she handled the UN’s response to the Ebola crisis, the Zika virus and now Covid-19.

The current crisis has been different because it hit the home base. “The biggest challenge was the headquarters of this vast global organization was also at the epicenter of the outbreak in the United States,” she said. “We started preparation for a pandemic in January, when the first signals of risk were given by WHO. Our guidance materials and advice were pushed out regularly to staff and diplomats from the end of January onwards. As the pandemic spread, there was an increasing demand for advice and support, and then New York City experienced its own severe outbreak.”

As of May 7, the UN reported 413 confirmed cases of Covid-19 among UN personnel globally and 6 deaths. 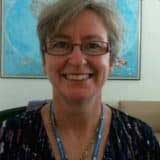 The decision to extend telecommuting for UN personnel working at the headquarters in New York City, which is the epicenter of the outbreak in the United States, would never be easy. A note from Dr. Farmer to the office of the president of the General Assembly was leaked at the end of April, recommending that “maintaining the current arrangements until 30 June will allow stability during a period of great uncertainty, as we evaluate the impact on transmission of the loosening of the current containment measures.”

A spokesperson for the UN denied several times that the UN headquarters was going to remain partly closed through June, but then confirmed it this week. Dr. Farmer said her letter had been misinterpreted.

“My note of 29 April was to the Office of the President of the General Assembly and had nothing to do with closure of the building or telecommuting,” she said. “His office had asked for guidance regarding in-person meetings of member states and my recommendation was that in-person meetings should continue to be avoided whenever possible, regardless of the number of participants. Events should be virtual.

“Where there is no other choice, in person meetings should have the absolute minimum number of participants, and all should maintain standards of physical distancing, hand hygiene and respiratory etiquette. Persons who are experiencing any symptoms of ill health should not attend.”

The UN’s current decision is to extend the telecommuting plan of the headquarters from May 31 until the end of June, as recommended by Dr. Farmer.

Unicef, which is not part of the UN Secretariat but is based in New York City, is planning a three-phase reopening, a source told PassBlue. Most staff will be staying home through the rest of the year and staffing on-site will not exceed 40 percent through that period. A small percentage of staff may start in June, but nothing is definite, as it depends on what New York City and New York State authorities say.

As for those who return physically to the office, the source added, temperatures will be taken on entry, and the UN will provide protective gear, which must be used on premise — gloves and mask — when contact with others is unavoidable, like meetings or shared spaces. Apparently, planning has included a possible second wave of infection as well.

From the outset of the coronavirus crisis, there have been pushbacks within the UN, mostly from certain members of the Security Council, from working remotely. Russia still thinks that part of the work can be done in person starting in June. Dr. Farmer said she didn’t feel there was political pushback to her work during the pandemic.

“The politics of the United Nations in New York City are not always easy, but I am very pleased at the level of coordination between the UN, the diplomatic community and the City of New York,” she said.

After seven years spent at the UN, she is returning to Brisbane to a home, she said, “on 7 acres of beautiful bushland, with our very own kangaroos, koalas and kookaburras” and “is quite a contrast to my 580sq ft apartment in NY.”

*PassBlue is an independent, women-led journalism site that is considered the most influential media source covering the US-UN relationship, women’s issues, human rights, peacekeeping and other urgent global matters playing out in the UN. As a nonprofit news site, PassBlue is a project of the New School’s Graduate Program in International Affairs, supported by the Carnegie Corporation of New York and 100+ individuals and a member of the Institute for Nonprofit News.

The post The UN Is Hunting for a New Medical Director, Based in New York City appeared first on Inter Press Service. 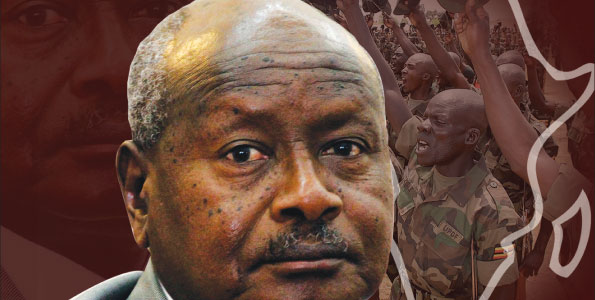