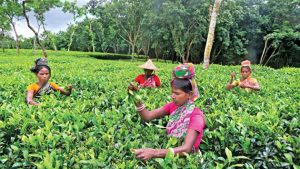 After her mother passed away, her father remarried and moved elsewhere, and so attending school became a luxury for 12-year-old Sheuly Munda.

Along with her grandmother Belmoni, a registered tea-garden worker, Sheuly now plucks leaves at a tea garden in Moulvibazar district’s Srimongol upazila.

“I wanted to continue my study, but my grandmother said she could not bear my education expenses. Instead, it would be better for the family if I could earn something,” she said, while helping Belmoni achieve her daily leaf plucking target of 20-25 kg to earn the day’s wage of Tk 102.

In the same garden, 16-year-old Sakhina Munda started plucking leaves two years ago after dropping out of school at grade VII.

“My mother, a registered worker in this garden, has tuberculosis and my father died a few years ago. So, I have to work here to feed our family of four,” she said. Like other tea workers, she works at least seven to eight hours a day.

A 2018 baseline survey by BBS, funded by Unicef, found that 18.8 percent of all children between the ages of five and 17 in tea gardens of Moulvibazar, Habiganj and Sylhet districts are engaged in child labour.

The percentage of tea-garden children aged 5-17 and involved in child labour in Habiganj is 29.8 percent, in Moulvibazar 15.6 percent and in Sylhet 19.3 percent.

The study, the first of its kind on the country’s tea gardens, was conducted under Unicef’s Global Multiple Indicator Cluster Survey (MICS) programme.

Another MICS report from 2019 shows the total child labour in the country for children aged 5-17 is 6.8 percent.

The findings from the tea gardens show that low wages, malnutrition, inadequate maternity and health services lead children to work in tea gardens.

Tea-garden children mostly work as a substitute of or in addition to a family member, mentioned yet another study.

Faisal Ahmmed and Ismail Hossain, professors of the Department of Social Work, Shahjalal University of Science and Technology, conducted a study titled “A Study Report on Working Conditions of Tea Plantation Workers in Bangladesh” and published in 2016 and funded by the International Labour Organization (ILO).

Some children work as a replacement of a parent who is unable to work, so that they do not lose their residence in the workers’ colony. Living quarters are given only to active workers, the study said.

During peak season, the tea-garden authorities welcome children to work alongside their parents to finish the plucking within the stipulated timeframes. Workers also take their children to work to meet targets or secure more income, stated the findings.

“We do not want our children to work. We want to send them to school. But how can we afford that when we cannot even afford three meals a day?” Ajit Banerjee, a tea worker in Barlekha upazila of Moulvibazar, asked.

Pankaj Kondo, vice president of Bangladesh Cha Sramik Union, told this correspondent that, according to national law, children under 18 are not allowed to work in tea gardens, but they still do.

“They conducted the survey without contacting us,” he complained, adding that some people take jobs in the tea gardens with fake documents.

Shah Alam, chairman of Bangladesh Cha Sangsad, told this correspondent, “We do not employ any child.”
When asked about the findings of studies, he said action will be taken against those who employ children in tea gardens.

COVID-19 Deaths Before A Vaccine? 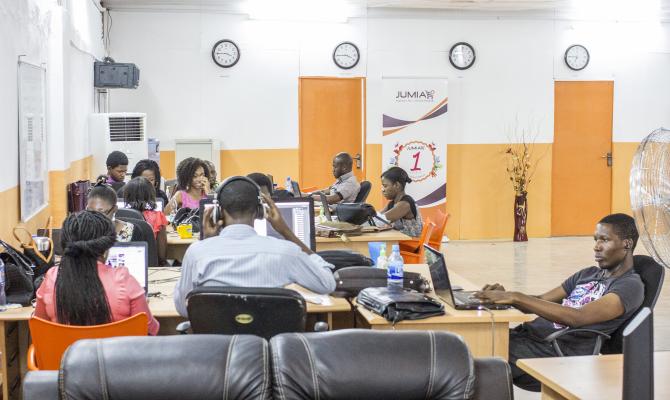