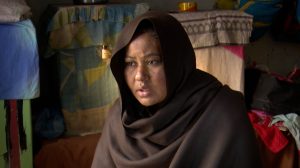 Rani Tanveer, who was wrongly accused of killing her husband and spent 19 years in prison, is taking the Pakistan to court seeking compensation. Courtesy: BBC

A former Pakistani child bride, who was wrongly accused of killing her husband at 13 and subsequently spent almost two decades in prison, is making history by being the first victim of a miscarriage of justice to seek compensation from the state, say legal human rights experts.

This March, Rani Tanveer, who was released in 2017 after spending 19 years in prison, filed a petition seeking compensation.

Her lawyer has termed the petition nothing short of “iconic”.

“It would be the first time a victim is asking the state to compensate her for the miscarriage of justice meted to her,” Michelle Shahid, Tanveer’s lawyer from the legal advocacy group, Foundation for Fundamental Rights (FFR), told IPS over the phone from Pakistan’s capital, Islamabad. “I’ve come across numerous cases of wrongful convictions as a lawyer but rarely do these cases lead to accountability,” she added.

“One hopes her case begins a journey towards reform and restoring the public’s confidence in the judicial system,” Lahore-based lawyer and the country representative for Human Rights Watch, Saroop Ijaz, told IPS.

Now she is seeking compensation.

“Rani’s is a typical case that highlights the plight of those who suffer silently behind bars through no fault of their own, only to be exonerated years later, if at all,” said Shahid. She said that a negligent  and lackadaisical attitude could be found among the police, prosecutors, jail officials and even judges.

One of the reasons for this was because Pakistan does not have a “settled definition” of what constitutes a “miscarriage of justice”.

“Pakistan does not have precedent for payment of compensation/damages,” Ijaz told IPS over phone. “It has to start somewhere; I hope that it is this case,” he said. He added that Pakistan’s criminal justice system was “dysfunctional” and that people spent decades in prison to be acquitted later without so much as an apology from the state. He also made reference to “harrowing examples” where people were executed while their legal appeals were still pending.

Although Pakistan ratified the International Covenant on Civil and Political Rights in 2010, which in Article 14(6) clearly states that a person wrongfully punished for a criminal offence must be compensated, there is no such mechanism in place in Pakistan’s legal system for such redressal.

Last year, said Shahid, FFR in collaboration with its partner in the UK, Reprieve, released a report, that analysed the Supreme Court of Pakistan’s capital jurisprudence between 2010-2018.

A  2020 report published by the Ministry of Human Rights, found there were 389 convicted women across Pakistan’s prisons while 755 women are currently undergoing trial.

“Pakistan’s criminal justice system is in urgent need of reform and we are hoping that the court recognises that Rani is not alone in her struggle; countless innocent persons continue to be wrongfully convicted. This petition is an opportunity for the government to atone for its mistake and ensure that the state machinery collectively upholds its obligations towards citizens in the administration of justice,” said Shahid.

However, Tanveer did not have a specific figure in mind in terms of compensation. “I have no clue how much I should demand,” she told IPS over the phone from Midranjha, a village in Sargodha district in the Punjab province.

But she did hope the compensation would be enough to buy things for her home like “a pair of charpais [woven rope bed], blanket and linen, an iron, a fan, a washing machine and a stove” — all the things her mother and brother would have given her as “dowry” when she re-married last year but could not because of their financial circumstances.

But now, in the midst of Pakistan’s current coronavirus lockdown, Tanveer thinks she was better off in the prison where she received three square meals and did not have to worry about anyone.

“I am a burden on my [second] husband,” she said. Two months ago when the lockdown began, she and her husband, like millions of others, lost their jobs as day labourers.

With no work or money, she said they had little choice but to move back to her husband’s village and live with her in-laws. “This coronay [COVID-19] has made my life miserable” as she has to bear the continuous jibes and scorn for her past life from her in-laws.

“I also flare up at the slightest of provocation,” she confessed, adding: “No one understands me; sometimes I don’t even understand myself. Once the words are out of my mouth, I always feel guilty, but it’s too late,” she lamented.

Having been forced to live among strangers at the tender age of 16 may have affected her, Tanveer admitted.

But her husband, insisted she was not as bad as she made herself out to be.

“I keep telling her not to worry about the world or what my family says to her, as I am by her side; I love her smile and I think she is beautiful inside out,” he told IPS.

“Her past does not matter to me; she’s made me a better person and will now make my place a home.”