In an effort to curb the spread spread of Coronavirus Pandemic in the Gambia Hardcore Production and Gambia Music Art Entertainment have team up in organizing a online fundraising campaign to help the needy Gambians.

The Gambia is currently having seventeen coronavirus cases, eight recovered and  one death recorded, this prompted the government to declared a state of public emergency which has affected the economy activities especially poor people who are living from hand to mouth.

The ‘Give Back’ is a collective featuring various Gambian artistes includes Dr. Olugander, Sophia, Limbo, Ras Pyton, Ras Askia, A2, Mad Dot, Bobo Dimo, Fafadi, An2 and The Bro. The proceeds from the album will be donated to less privileges in Gambia during this difficult situation.

The Album is released, but for the meantime  you can help donate in here and we will send you the album via email.

Ras Askia, executive producer of the collective Give Back album explained that the idea of releasing an album as a contribution to the Gambian public to release it and sell it online on all digital media platforms and all the money generated will be used to help people who really need help especially the ones that find it difficult to make ends meet 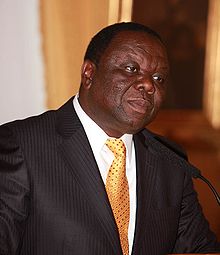