Remittances now account for an important portion of GDP in Latin America and the Caribbean and support millions of families, so the drop in this source of income is shaking the economies of many countries and deepening poverty in the region. CREDIT: World Bank

Remittances that support millions of households in Latin America and the Caribbean have plunged as family members lose jobs and income in their host countries, with entire families sliding back into poverty, as a result of the COVID-19 health crisis and global economic recession.

The region will receive a projected 77.5 billion dollars in remittances this year, 19.3 percent less than the 96 billion dollars it received in 2019, according to provisional forecasts by the World Bank.

The damage “can be understood from the angle of consumption. Six million households, of the 30 million that receive remittances, will not have them this year, and another eight million will lose at least one month of that income,” expert Manuel Orozco told IPS from Washington, D.C.

Remittances in the region average 212 dollars per month, according to studies by the Inter-American Development Bank (IDB).

Remittances “represent 50 percent of the total income of the households that receive money from family members abroad, and increase their savings capacity to more than double that of the average population,” said Orozco, who heads the migration, remittances and development programme at the Inter-American Dialogue organisation.

“The projected fall, which would be the sharpest decline in recent history, is largely due to a fall in the wages and employment of migrant workers, who tend to be more vulnerable to loss of employment and wages during an economic crisis in a host country,” the World Bank stated in a report.

The cause of this was the shutdown of entire segments of economic activity in an attempt to curb the spread of the COVID-19 virus, which deprived migrants of their sources of employment and income, thus undermining their ability to send money back home to their families.

This is a global phenomenon, with remittances falling by at least 19.7 percent to 445 billion dollars in low- and middle-income countries as a whole: dropping by 23 percent in sub-Saharan Africa, 22 percent in South Asia, 19.6 percent in the Middle East and North Africa, and 13 percent in East Asia and the Pacific.

Alicia Bárcena, executive secretary of the Economic Commission for Latin America and the Caribbean (ECLAC), listed the drop in remittances among the factors that will depress the region’s economy to an unprecedented level, -5.3 percent, with the risk of poverty climbing from 186 million to 214 million inhabitants: 33 percent of the total population. 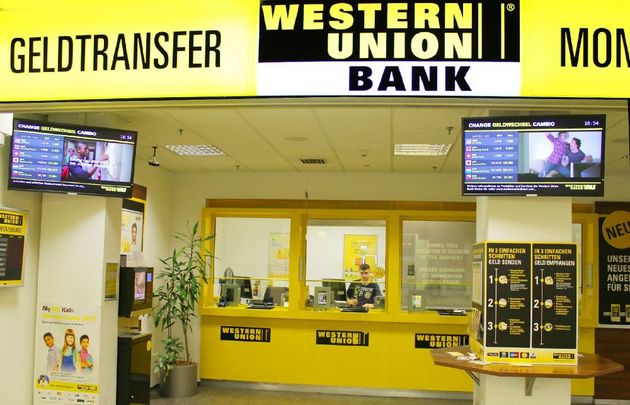 An empty money transfer office in Las Vegas, Nevada, which is usually packed with migrants sending remittances home from the U.S. to their families in Central America. The city, dedicated to leisure and tourism, has been paralysed by the COVID-19 pandemic, leaving thousands of migrant workers without employment or income. CREDIT: Western Union

Anxiety from the north

The countries that will be hardest hit are those of Central America and Haiti, according to Bárcena. Remittances make up between 30 and 39 percent of Haiti’s gross domestic product (GDP), and last year accounted for 21.8 percent of Honduras’ GDP, 21.2 percent of El Salvador’s and 13.8 percent of Guatemala’s.

“We’re talking about fragile states, with collapsed health systems, weak or corrupt governments, and budgets that were already insufficient to meet people’s needs and are worse off now,” Victoria Gass of the U.S. division of Oxfam’s anti-poverty coalition told IPS from New York.

Orozco stressed that it will affect the consumption capacity of 20 percent of Central Americans, who will be forced to use their savings, on average a quarter of all remittances, for immediate expenses such as buying food and medicine.

In El Salvador, for example, Gabriela Pleitez, 35, who lives in the capital, no longer receives the 200 dollars a month sent to her by her mother, a dental assistant, and her brother, a taxi driver, who live in Los Angeles, California and found themselves suddenly unemployed.

Gabriela completed the 400 dollars she needed to get by with unsteady work as a real estate agent or by selling clothes and beauty products. Now she takes in some money as an assistant at a stand that sells traditional foods.

“I don’t buy bread anymore, and I’m eating less. If you manage to get 10 dollars you have to think carefully what to spend it on. If I don’t pay the water bill, they will cut it off. My landlord won’t charge me rent for three months, in accordance with a government decree, but then he will want me to leave,” she told IPS.

Another Salvadoran, Rosa Ramírez, a 56-year-old mother and grandmother still in charge of an adult daughter and four children, said the pandemic dealt her small flower arrangement business a death blow. “The situation was difficult before, and now, with homes and businesses closed, I’m out of work,” the resident of Zacatecoluca, in the central department of La Paz, told IPS.

Young Latin Americans migrate in search of opportunities and older family members are dependent on their support through remittances to cover essential expenses such as food and medicine. CREDIT: IFAD

Her lifeline is her son Luis, 27, who found a job in 2018 as a carpenter in Stafford, Virginia, in the U.S. southeast, after fleeing from gangs who demanded he make payments to keep them from attacking his then three-year-old daughter.

Luis used to send her between 350 and 400 dollars a month “to pay bills, the rent, and medicine, because I’ve had high blood pressure for years and I can’t go without my medicine,” Rosa said. But now her son has only sent her half that because “he is working fewer hours, one day he gets a job and the next he doesn’t.”

Rosa’s daughter received a temporary 300 dollar aid package provided by the government for the most vulnerable, and was able to cover basic expenses. But Rosa is now anxious about how she will make ends meet. Her daughter, Gabriela, would like to emigrate to the United States, but she has been told that the legal process could take eight years.

Another hard-hit country is Mexico, where 42 percent of the population of 130 million lives in poverty. In 2019, 36 billion dollars in remittances came in, mostly from the 37 million people of Mexican origin living in the United States.

Seven million households received remittances in 2019, but this year 1.7 million of those households will not receive them, Orozco calculated, due to the wave of unemployment that is hitting the U.S.

Intra-regional migration in the South

South America has a more even spread of migration that provides it with remittances, between North America, Spain and other European countries, and the sub-region itself, greatly increased by the millions of Venezuelans who fled to neighbouring countries in the last six years due to the economic, political and humanitarian calamity in their country.

This is the case, for example, of 26-year-old Laura (who preferred not to give her last name), who works in a veterinary clinic in Lima, “which has practically been left without clients due to the lockdown ordered by the Peruvian government. My husband, who used to do various jobs, is not bringing in an income either,” she told IPS from the Peruvian capital. 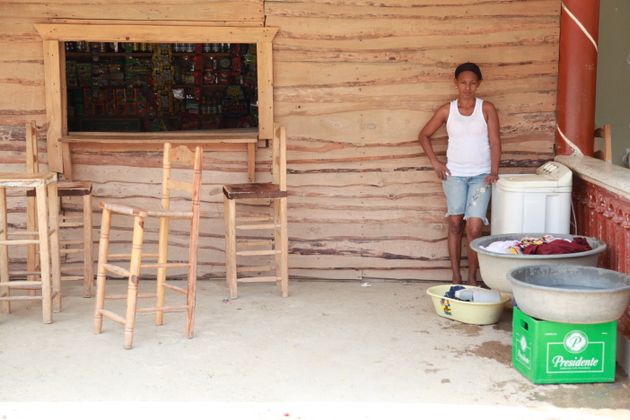 Poverty in Latin America and the Caribbean will rise with the fall in economic activity, the largest seen in the region in almost a century, and this time there will be little relief from remittances because the COVID-19 pandemic has also sunk the economies of host countries. CREDIT: UNDP

Laura regularly sent 100 dollars a month to her mother, a widow raising two teenage children on the meager salary (equivalent to five dollars a month) of a school teacher in Barquisimeto, a city in central-western Venezuela.

With each remittance, her mother “could buy some medicine, some meat, milk and eggs to complete the CLAP (the acronym for the bag of basic foodstuffs that the government delivers monthly at subsidised prices to poor families), but now I can’t send her almost anything, we’re just trying to scrape by in Lima,” said Laura.

Of the Venezuelans working in Peru, 46 percent were street vendors, 15 percent were employed in shops and six percent worked in restaurants – activities that have all faced restrictions in the COVID-19 pandemic, according to research by Cécile Blouin of the Pontifical Catholic University in Lima.

The Venezuelan diaspora was added to more traditional migration flows, such as that of Paraguayans in Argentina: 550,000 migrants who sent home some 70 million dollars in 2019, a figure that was already declining due to exchange controls in Buenos Aires.

One third of the 1.3 billion dollars that Bolivia received in remittances in 2019 came from Bolivian migrants in Argentina, Brazil and Chile, but the figure has dropped since March with the measures put in place in the attempt to contain the spread of COVID-19.

In Peru, which has three million citizens living abroad, a quarter of the 3.3 billion dollars the country received in remittances in 2019 came from the 350,000 Peruvians living in Argentina and the 250,000 in Chile.

Until this global upheaval, remittances were counter-cyclical: workers sent more money to their families when their home countries were experiencing crisis and hardship, which this time they have not been able to do because the pandemic and recession have affected all countries.

But there is some hope for the future. According to the International Monetary Fund, after falling -3.0 percent in 2020, the world economy will grow 5.8 percent in 2021 (Latin America 3.4 percent) and remittances will also increase at a similar rate. In low- and middle-income countries they will total 470 billion dollars.

But for millions of Latin American families, like those of Gabriela and Rosa in El Salvador or Laura in Venezuela, that’s too long a wait.

With reporting from Edgardo Ayala in San Salvador.

Mozambique: 200,000 jobs lost due to terrorists attacks in Cabo Delgado 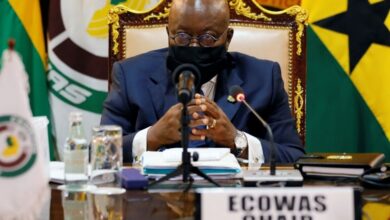