On 8 May 1980, the 33rd World Health Assembly officially declared the world and all its peoples free from smallpox.  According to the World Health Organization (WHO), “The declaration marked the end of a disease that had plagued humanity for at least 3 000 years, killing 300 million people in the 20th century alone.”

According to the WHO, this was achieved through a 10-year global effort, organized by the World Health Organization, with the effort of thousands of health workers around the world that administered half a billion immunizations to eradicate the disease.

Speaking at a virtual event hosted in Geneva, the WHO Director-General, Dr Tedros Adhanom Ghebreyesus straighten out the need for solidarity, “As the world confronts the COVID-19 pandemic, humanity’s victory over smallpox is a reminder of what is possible when nations come together to fight a common health threat.”

“The world got rid of smallpox thanks to an incredible demonstration of global solidarity, and because it had a safe and effective vaccine. Solidarity plus science equalled solution!” Tedros States.

Dr Tedros emphasized, smallpox eradication offers confidence for the drive of eliminating other communicable ailments, including polio, which is currently prevalent in just two countries. “To date, 187 countries, territories and areas have been certified free of Guinea worm disease, with seven more to go.” He states.

According to the director, 38 countries and territories have achieved the fight to eliminate malaria; and for Tuberculosis (TB), Tedros states, 57 countries, and territories with low-slungTB prevalence are on the trajectory to reach the complete elimination of the disease.

At the event in Switzerland, Dr Tedros unveiled a memorial mail stamp to recognize the global unity that drove the initiative and highly praised the efforts of health workers who ensured its success.

The stamp is developed by the United Nations Postal Administration (UNPA), in collaboration with WHO, in a bid to highlight the achievement of global solidary, which could be purchase at unstamps.org . “Numerous countries, such as Guinea, India, Nigeria, Philippines, Togo and others issued smallpox stamps to show support for, and raise awareness about WHO’s Intensified Smallpox Eradication Programme launched in 1967.” A news release by WHO states.

According to David “… house-to-house active case-finding underpins the polio eradication programme, and ring vaccination of contacts is helping to combat the spread of the Ebola virus disease. Similarly, surveillance, case-finding, testing, contact-tracing, quarantine, and communication campaigns to dispel misinformation are central to controlling COVID-19.”

“Following smallpox eradication, WHO and UNICEF launched the Expanded Programme on Immunization, under which 85% of the world’s children are vaccinated and protected from debilitating diseases.”  The release states.

The novel coronavirus outbreak has landed a blow in the world’s development, with the potential of a COVID-19 vaccine ahead, returning to normalcy might take a long time. WHO strives for the development of a safe vaccine, which could be accessed by all, and providing public health information and education to ensure that the world remains a safe place. 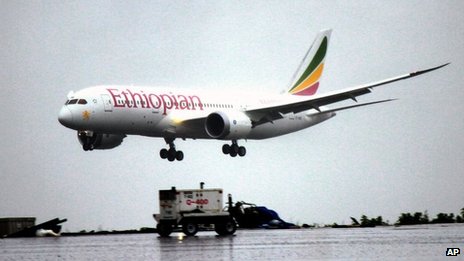