On Wednesday, 22nd of April 2020, the state Defense and Security Forces conducted an offensive operation in the village of Muambong, situated in Bangem, Kupe-Muaneguba Division of the SW Region.

This operation dubbed the “the maintenance of order operation” saw the gruesome execution of six (6) unarmed young men, four of which are ex-combatants who have laid down their arms since 2019. These boys were executed with the use of a knife, and an ax seized from one of the inhabitants of the village while splitting firewood at about 6 a.m.

To document this case, CHRDA interviewed more than 10 eyewitnesses and victims who gave corroborative testimonies and details of the incidence, amateur images were also analyzed. The soldiers attacked the village at about 2 a.m., to dismantle a separatist camp which existed there before 2019, but the camp has been deserted as most of the fighters had laid down their arms in that village. Failing to meet the armed separatist fighters, they waited till about 6 a.m. before beginning the process of arresting the 6 young men, most of whom were removed from their homes and killed before their relatives, except for one who was captured while returning from hunting overnight in the bush. He was killed and the game he caught taken away.

The names of these boys killed include inter alia: 1. Epie Thiery, 2. Ebong Blaise, 3. Ngole Justice, 4. Nzime Lawrence Mesumbe, 5. Sone Desmond Muabe and 6. Nsime Peter. They were executed and carried on the military truck and dumped along the road as they drove out of the village.

While talking to CHRDA, an 18-year-old boy, a victim of the attack recounted: “… I am a student of College Bilingue…. because schools were closed as a measure put in place by the government to prevent the spread of COVID-19, I came to the village to help my parents in the farm, that faithful morning, I got up at about 5:00 a.m and was filing my machete to go to the farm. Suddenly I was surrounded by soldiers with guns. They ask me to raise my hands or they will shoot me. They were about 45 in number as I counted. They beat me up and took me to their truck where I met about 15 other young men arrested. They entered my room and took 21, 000FRS which belong to me, and 45,000FRS which belong to my brother who had already gone to the farm before the military arrived. They drove around with us in the truck, breaking into people’s homes and beating them up. They also had a list in their hand with the names of people they wanted to kill, as they reached the market square, they brook into people’s shops and stole in one shop, a musical set containing an amplifier, speakers, and woofer. In another shop, they stole 16 crakes of beer and other soft drinks. They also took away 75, 000 FRS from the store, and in one garage, they took away a box of spanners and loaded into their truck. They brought us down from the truck to create a chance to load the items they have stolen. They also kick us with their boats before letting us go.

This incident forced the inhabitants of the village of Muambong to flee into the bushes and have remained there since the 22nd of April. While talking to CHRDA, the inhabitant of this village recounted that they had previously been alerted that the military was planning an invasion of the village because of the existence of separatist fighters in the area, however, the elders of the community send a delegation which made with the Senior Divisional Officer for Kupe-Muanenguba Division in Bangem to inform him that it is needless sending the military to Muanmbong because all the non-state actors who use to cause trouble in the community have laid down their arms and their camp has been deserted since 2019. They were shocked that after this dialogue with the SDO, soldiers were still sent to wreak havoc on the innocent people of Muambong.

The testimony of these people is corroborated by a press release, published by the SDO, Mr. Tchakui Noundie Jean-Marie on the same day the attack took place, acknowledging the operation carried out by the military in the said village in what he calls the first phase of operation for the maintenance of order in Muambong and also reiterated that there are subsequent operations underway if the population fails to come out from the bush.

CHRDA is stunned by these killings, torture, and extortion committed by the military against the civilian population and the outing of the SDO, promising more havoc on the population if they fail to come out from the bush. We, therefore, condemn these atrocious acts committed against the civilian population in the strongest possible terms as they go in sharp contrast with the principles of international human rights and international humanitarian law. Such acts committed by state agents barely 24 hours after the acknowledgment of the massacre in Ngarbuh make the acknowledgment worthless in the eyes of many.

Still, in line with gruesome murders, CHRDA has received a video making rounds on social media, depicting a young man whose head has been decapitated and hung on a stick along the road in Mambu, Bafut Village in the North West Region. We also learned that this young man by name Awah, an unarmed civilian was brought out from his house and executed. Two other persons were killed in the same attack by the military in that village.

We, therefore, call for, an immediate halt of the killings in Muambong and elsewhere, the commencement of investigation and subsequent trial of the soldiers guilty of murdering unarmed civilians and ex-fighters who have laid down their arms as well as torture and extortion of money from the population at gunpoint.

We equally recommend a ceasefire and possible dialogue with all parties to the conflict to find a lasting solution to the crisis especially during this period of the COVID-19 pandemic. 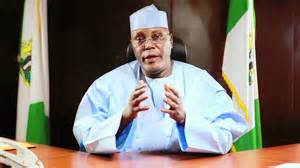