Five years as President of PWD of Bamenda, Pascal Abunde has taken the football team from the brink of relegation to be crowned champions of the Elite 1 football championship in Cameroon. Pascal Abunde in 2019 was voted the best President in the Cameroon Professional League during the second edition of the Cameroon sports Awards held in the nation’s capital Yaounde.

In an exclusive interview granted PAV Cameroon correspondent on May 25, 2020, the energetic President of PWD Bamenda, Abunde Pascal narrated the teams escape from the relegation zone during the 2018/2019 season to winning the 2019/2020 football season. He has called on the government of Cameroon to provide the necessary financial assistance that will help the team prepare for the CAF Champions League.

PWD President Pascal Abunde: This scenario is gradually becoming part of our DNA. Worth noting is that we had the same scenario in 2017 that we were almost relegated to the Regional Division 3 championship, and then next year (2018) we had an excellent year as we were promoted to Elite 1 football championship. This is the second of its kind and it is probably proving something, a trend that we are all realizing.

Reporter: It must have been a challenge to come from a relegation battle and go on to win the championship this season?

PWD President Pascal Abunde: Obviously we knew we were underdogs in this championship; we were not even tipped to be amongst the first 10. We came into this competition with our hidden objective; we knew we could also have our own something to prove in the championship. Coming from that position as an underdog, we gradually moved to the position of an outsider, and later on, came to the top of the championship to the surprise of many people. We thought we could not be champions but from everything we learn especially going through the difficult phase last season there was a lot to be exploited and we knew that there were possible areas we could find our way through. That is the strategy we used, and we are happy to realize that it actually paid off.

Reporter: Can we also say the strategy to maintain the coach (David Pagou), when other teams were sacking their coaches due to poor results, help you as a team?

PWD President Pascal Abunde: There was a change of strategy, change of approach at the beginning of the season, especially learning from the difficult time we had last season. Last season we had a change of coach, but it did not really salvage the situation that much. We thought that we should get a coach that shares the same philosophy as that of management, getting young players who are ready to prove something, contrary to the older or more “experienced” players we had in the past. Putting all the parts to the puzzle together so that we could possibly achieve something great and that is what we did.

Reporter: How has PWD been coping with the security challenges the region has been going through for the past years?

PWD President Pascal Abunde:  It is a huge handicap for teams plying their trade in this part of the country. First of all, the training sessions are not consistent, you have Mondays that are ghost towns, and nothing happens on Mondays. We have lesser times to prepare our team contrary to the other teams based in the other parts of the country.

Secondly, it is not easy to follow a specific programme because of the insecurity we have been witnessing. You might prepare to travel on a Friday, and something happens and you find yourself travelling on a Saturday when you have a game on Sunday; you arrive maybe 12 hours to game time. It actually affects the results that you will have in the game; the proof is the game we had against Bamboutos.

Reporter: What support have you been getting from your fans not just in the North West but across the national triangle with a huge fan base in the South West and Centre Region?

PWD President Pascal Abunde: One thing we have succeeded in doing is to build a strong fan base. I am proud to say that we might have one of the strongest fan bases now in Cameroon, and not only in the country but in the Diaspora. We have organized our fans in several zones, and they are doing an incredible job. We have fans in the South West, Littoral, Centre, North, West, and all over the national territory. All those fans have shown that once people are united for a particular course/objective (genuine objective) they will definitely succeed. The great reason for the success is because of our huge and highly coordinated fan base.

Reporter: PWD will be participating in a continental assignment this year, what are you expecting from the government in terms of support?

PWD President Pascal Abunde: Participating in the CAF champions league (the second most prestigious cup after the AFCON) is a new thing for us and a huge exploit. We are going to be discovering this competition for the first time. Based on government legislation we have acquired the status of a national team. We expect the government to come in and give us support. Presently, Cameroon has fallen down the pecking order in terms of participation in Africa due to our mediocre performance in the continental championship. We expect the government to give us a very serious push, maybe considering us as a national team, give us the necessary resources we might need to prepare this team so that we can have a good team in place ready to challenge; not only to go and learn but to challenge and also to bring back our position in terms of representation in the continental championships.

Reporter: let us talk about finance, what are the sources of income your club have?

PWD President Pascal Abunde: Our main source of finance comes from the shareholders who put in financial resources in the holding company that manages and runs the club. Again, we receive some subventions from the football Federation (just like any other team in the country). We receive contributions from our fans that go a long way to finance some of the aspects of the team, not forgetting the sales of gadgets, and gate fees, and other initiatives we put from time to time in order to generate income to run the cup.

Reporter: Going back to your continental exploit next year, with the poor nature of the pitch in Bamenda, where will your team be playing their matches in the CAF Champions League?

PWD President Pascal Abunde: Bamenda would have been the best place to host the games since it is the hometown of PWD. You would imagine PWD taking against TP Mazembe at the Mankon Municipal Stadium. Unfortunately, the stadium is the way it is, works have been suspended there. We are hoping that something can be done. We have other options, Limbe that has been so fair to us (that is where the team was maintained last season and that is where the team won this year’s championship), we equally have Yaounde that has a huge fan base. On a personal note, if Bamenda is out of the picture then Limbe should be the next option. The board has to make the decision taking into consideration so many factors.

Reporter: Let us talk about the Coronavirus pandemic that has affected sporting activities, how has the club been supporting its players?

PWD President Pascal Abunde: It has been an extremely challenging time for not only PWD but for clubs worldwide as some have been slashing salaries, suspending payments. We as PWD have used a community approach in handling this issue. We discuss with our players on a regular basis. We try to give them some allowances on a monthly basis, not up to what they would have been earning full time but again it is something that can enable them to keep them up and running. It is not easy for clubs, but I hope we get over it as soon as possible.

Reporter: Talking about the assistance that was given to clubs by the Federation, what can you say about it?

PWD President Pascal Abunde: The assistance was a good gesture, highly welcome by PWD as it was the first of its kind. We could not possibly reach out to all the players (PWD used some 31 players last campaign), but again we have an approach where we made sure that everybody feels the impact of the gesture. Officially, 20 players and 5 staff were assisted. We have 35 licences but it is worth noting that not all the 35 players are available (about 28 players are available), so we used another approach as management to make sure that the other players feel an impact of the very important gesture.

Reporter: What motivates you to take on this huge challenge of managing PWD?

PWD President Pascal Abunde: Well, I have been in office for five years now.  I actually created this new philosophy of PWD in the community when we started this project in 2015. The club barely existed. We played in the fourth division in the regional league; we played the third division and came up the next year to the Elite 2 where we played for two years. From there we came up to the Elite 1 championship where we have been playing, this is our second year that we are at the pinnacle of the championship. It is a dream that I had at the very beginning and I am very happy that in a short time we have grown through the ranks and we are where we are now.

The dream does not stop here, the motivation is still there, and we fill that we can still do more. We have to do everything possible to confirm our position next year. We want to be a household name in Cameroonian football, we want to be there, take part in African competitions on a more regular basis. That is the motivation, that is the dream I have, and I think with the support of the fans, management, players we may achieve a lot in the years to come.

PWD President Pascal Abunde: I want to use this opportunity to thank all the fans of PWD in Cameroon, in the Diaspora, the sympathizers of this club, local authorities where we are based, the management of this club (the board of directors) who have put their trust in me for this project to be fruitful. I thank the players, the staff, everybody who has played a role most especially the press; they have been impeccable for this period of time projecting our darling club to the limelight. I call on everyone to continue in the same spirit, and if we do that the sky is never going to be our limit and this is just the beginning, there are better things, and days to come. 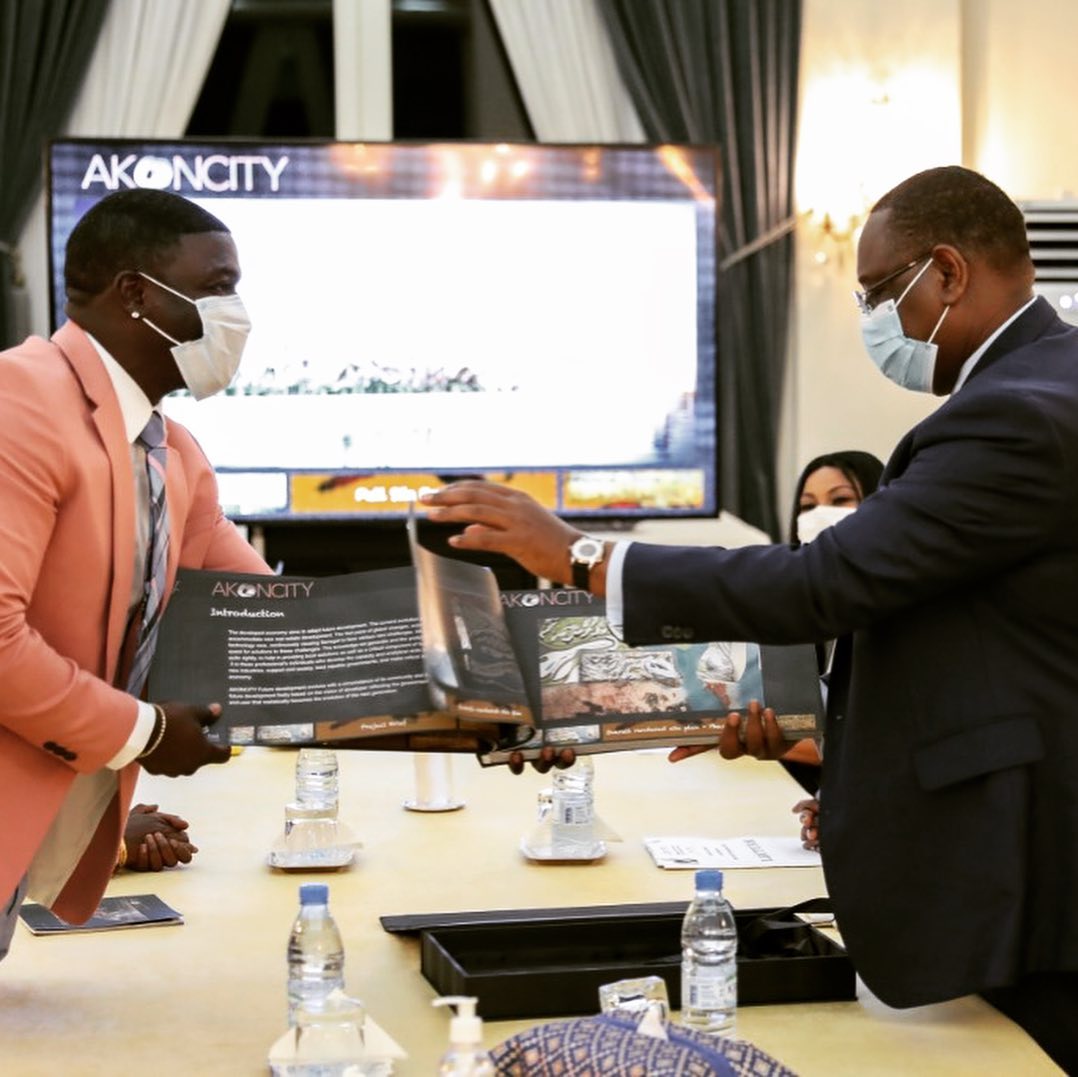