The Electoral commission in Burundi has ,  announced that General Evariste Ndayishimiye of the ruling CNN-FDD party won presidential elections that were held last week.

Provisional results show that the 52 old Ndayishimiye, will replace Pierre Nkurunziza who has been in power since 2005.

Ndayishimiye emerged first among seven candidates with 68.72% of the votes, followed by a long time opposition figure, Agathon Rwasa of CNL who got 24.19 %.

Results of parliamentary elections, the ruling party CNDD-FDD scooped 72 seats with 68 % of the votes, CNL got 22.43 % while UPRONA came at third place .

Some observers witnessed violence towards opposition members during recent Burundian elections, where hundreds of CNL supporters were jailed and abused.

Ndayishimiye is an early recruit of CNDD FDD army wing, a party that was founded in 1994, a year after the assassination of President Melchior Ndadaye, the first president of Burundi democratically elected.

He served in various positions in Burundian army , like being appointed as Chief of Military Logistics, Military Assistant to Nkurunziza , Minister of interior among others. 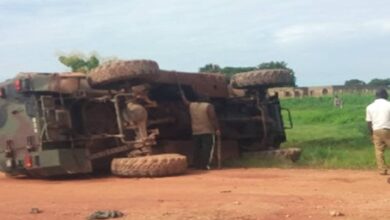