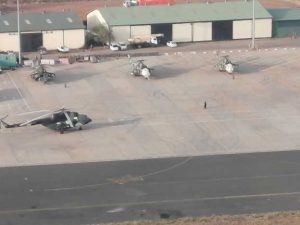 This image shows a Mi-24 attack helicopter, one of four that South Sudan purchased from Ukraine in 2015. When the arms embargo was instituted in July 2018, these helicopters were in disrepair and unserviceable, unable to fly. However, during the embargo the helicopters underwent maintenance and repairs, using components imported in violation of the embargo. This one is pictured at Juba International Airport (JIA) in early 2020. Credit: Amnesty International

Earlier this year, just before the coronavirus virtually shut down international travel, I sat under a mesquite tree and listened to a rambling speech by a South Sudanese general at a military base outside of the capital, Juba.

I was in that war-weary country to investigate violations of the arms embargo, which is up for renewal by the United Nations Security Council this month. The embargo is about two years old, and though it hasn’t solved every problem, violence and human rights abuses have significantly decreased in the country since the main torrent of guns and ammunition was choked off.

That day, I had come to see the commander of the dusty improvised camp at Gorom brief a party of diplomats and international ceasefire monitors on his progress training South Sudan’s newly established VIP Protection Force.

But instead, the general rattled off a litany of complaints – not enough supplies, not even bedding to sleep on. He said this while seated in front of a wall of unopened cardboard boxes, ten feet tall and forty feet long, all stuffed with sleeping mats donated by Japan.

There was a certain “which do you believe, me or your lying eyes?” quality to the presentation.

I wasn’t there for logistical gripes, though. I was there to find out if their weapons were newly shipped in, and thus broke the embargo, and so when the general said he had four shipping containers full of small arms that he had collected from his soldiers as part of the disarmament process, I was interested.

I made it to twelve military and training camps in South Sudan, and this was the only one with a nominally established armory. This was my best chance yet.

But when one of the general’s officers opened the four containers for me, they weren’t filled with guns. Instead they were stacked to the ceiling with bags of rice and durra, a kind of grain. These units weren’t disarming. They were hedging their bets against a return to war.

The general was unapologetic. “These are the forces that will impose the peace in Juba,” he said. “These soldiers are the backbone of this peace.”

He said out loud what many fear: that even after so much bloodshed in South Sudan’s civil war, when given the chance at a negotiated settlement, the generals will still search for peace at the end of a rifle. 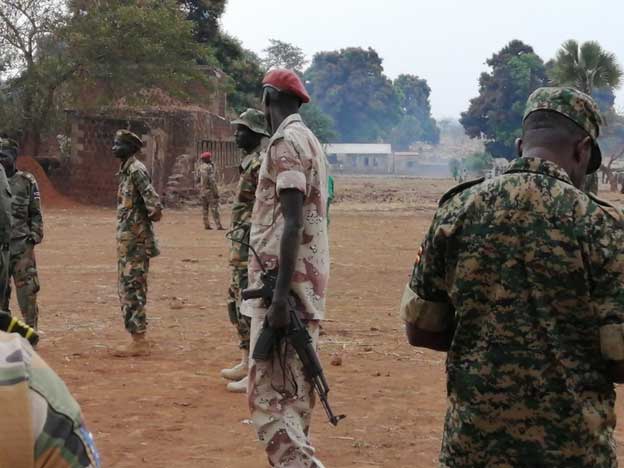 On March 23rd, in the face of a mounting global health crisis, UN Secretary-General António Guterres called for a global ceasefire. Suffice it to say it was not heeded.

As the coronavirus spreads around the world, South Sudan is not the only place where a pandemic disease is poised to run rampant through a state of endemic conflict. Officially, South Sudan has only a few dozen cases. So too places like Syria, though as we have come to know, this is mostly a function of testing.

Adding the coronavirus to these ongoing conflicts will only increase human suffering, and yet, at a time when the world could join together to confront COVID-19, so many wars continue to take their toll on civilians.

The Syrian government and Russian air force have in recent months continued to bomb schools and hospitals around Idlib. In the civil war in Libya, outside powers from Turkey to the United Arab Emirates have pumped in enough mercenaries and materiel that civilian casualties, from artillery and airstrikes, have actually increased since the start of 2020.

Across the Sahel, from Mali to northern Nigeria and Cameroon, and elsewhere in Africa, as far south as Mozambique, armed groups who have pledged allegiance to the group calling itself Islamic State are burning villages and beheading civilians.

And in western Myanmar, where the government’s crimes against humanity forced more than 700,000 Rohingya to flee to Bangladesh, the military and Rakhine rebels continue to fight; in April, a World Health Organization worker driving coronavirus samples was killed in the crossfire.

And violence continues in South Sudan as well, as a fringe rebel group continues their fight against the government and longstanding inter-communal rivalries breed abductions and gunfights. Meanwhile, victims and survivors of mass atrocities during the conflict continue to be denied justice.

Fueling this instability and impunity are continued violations of the UN arms embargo. During our investigation, we found recently manufactured Chinese ammunition in the hands of the feared National Security Service.

We found the government’s fleet of heavily armed Mi-24 attack helicopters, broken before the embargo was established, newly fixed and flying, ready to be used again to attack civilians as they had during the civil war. We found Kalashnikovs from Eastern Europe, some even made in the old East Germany, newly imported and in the hands of government forces and opposition alike.

The civil war in South Sudan was decidedly low-tech, and featured horrific atrocities, including hundreds of people gathered up and gunned down in mass executions, often along ethnic lines.

But while the arms embargo has proven no panacea, since its adoption in July of 2018 there has not been a single documented large-scale massacre of civilians, certainly not of the scale seen in the early days of the conflict.

Some fighting and human rights violations continue, but nothing compared to what we saw before the embargo in 2014, back when tens of millions of rounds of ammunition where being shipped in at a time.

The fight against COVID-19 has been described as a war. I don’t think that framing is accurate or helpful at all; I bet most of us who have experienced the chaotic messy violence of human beings killing each other would agree.

Wars destroy, but the response to a pandemic requires the opposite; an act of building, creating a resilient society where we take care of each other. And we have a common inhuman foe outside ourselves to mobilize against: a grotesque ball of goo covered in spikes.

Unfortunately, at the UN, the old divisions threaten this unifying opportunity. The rift between China and the United States has stalled a resolution on a 90-day humanitarian ceasefire that would allow for COVID medical aid to reach civilians.

And the question of arms embargoes gets wrapped up in discussions of dropping sanctions generally. Though they are considered by the same council, the arms embargo should not be seen as punitive in nature.

It is not a targeted sanction, it is a necessary tool for curbing human rights violations by all parties, and could not possibly be misconstrued as impeding a country’s ability to treat COVID-19.

We face an uphill battle to get the South Sudan arms embargo, but there is still space for hope. The UN Security Council can move with purpose and good will and see the obvious truth: guns don’t vanquish a disease.

At the start of the coronavirus outbreak, South Sudan was a place that had more attack helicopters than ventilators. It makes no sense to lift an arms embargo on a fragile country with a legacy of impunity for war crimes and a looming public health challenge.

The UN Security Council should vote to renew the embargo and give the South Sudanese the space and chance to build a peace founded on justice and respect for human rights.

Coronavirus – Africa: Increase in the number of confirmed COVID-19 cases in Africa 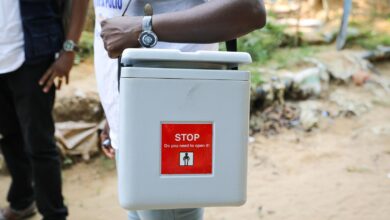