UNICEF installation on the North Lawn at the UN Headquarters in New York highlights the grave scale of child deaths in armed conflicts during 2018. Credit: UN News/Elizabeth Scaffidi

On February 26 this year, 15 South Sudanese children were released from armed groups and handed over to civilian child protection actors, including UNICEF and UNMISS, UN’s peacekeeping operation in South Sudan, who were able to facilitate the children’s safe return to their families.

Just a few months earlier, MONUSCO’s Child Protection team had secured the release of 62 children, also from armed groups, in the restive South Kivu province in the Democratic Republic of the Congo.

These types of releases only happen due to UN teams’ proactive advocacy and dialogue with all parties to the conflict around the delicate issue of protecting children recruited, used or deprived of their liberty, which requires specialized skills, consistent presence and sustained engagement.

The ongoing worldwide pandemic complicates the already sensitive process of removal of children from armed groups and other parties to the conflict, which already requires trained professionals and dedicated resources to ensure their children’s safety and well-being.

For instance, temporary transit centers for released children need to be properly equipped and sanitized to protect staff and children from infections – and all that in areas where already securing running water and functioning sanitation facilities is a major challenge.

Many of these staff are deemed essential during the ongoing COVID-19 lockdowns, but these specialized posts are in constant jeopardy from being reduced or cut down by UN Member States.

The process of cutting happens far away from the peacekeeping operations themselves. It happens in the UN’s budget committee in New York every June. 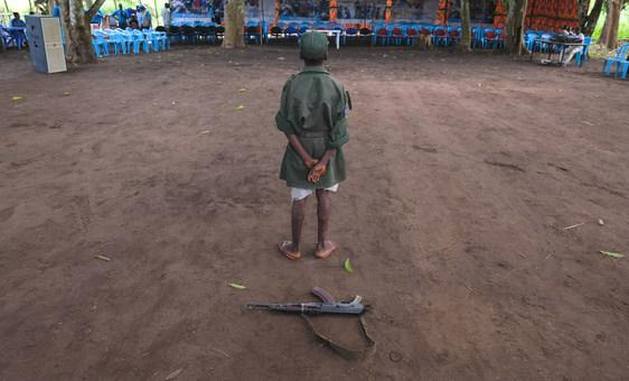 This year, before the usual bargaining process over missions’ Child Protection budgets and staffing occurs, the COVID-19 emergency should serve as a reminder to Member States of why this should not happen under any, especially these, circumstances.

In their race to cut costs and reduce budgets in UN peacekeeping missions over the last five years, United States and China have been known to negotiate over bulk dollar amounts and the more controversial themes like gender, human rights and protection.

What is less known is that for instance, Child Protection sections occupy .03 percent of most mission budgets where these mandates exist, so the savings are minuscule while the political cost to children is high.

For more than 20 years, the Security Council has been mandating UN peacekeeping operations with a specialized child protection mandate to be jointly implemented by UN civilian, military and police peacekeepers.

The core of the mandate has been documentation of the grave violations against children and dialogue with armed groups for the purposes of ending and preventing these violations.

Advocates and supportive countries already fear the impact that a severe restriction of movement due to COVID-19 may have on the UN’s ability to monitor and report on violations, as well as on the Child Protection staff’s capacity to carry on their outreach to armed groups.

This creates an urgent imperative for Member States to provide Child Protection teams in peacekeeping operations with sufficient human and financial resources to overcome these restrictions.

The child protection staff are currently relying almost exclusively on technology to conduct remote monitoring of the violations and needed advocacy with parties to the conflict.

While often being the only entry point with armed groups and the communities themselves, these civilian child protection staff on- and off- UN compounds must be equipped with basic materials and technology, including internet connectivity, SIM cards and cell phones, to ensure the implementation of the mandate bestowed upon them by the Security Council.

Next month, Secretary-General António Guterres will present his 2020 report on children and armed conflict to the UN Security Council, noting violations across 20 country situations for calendar year 2019.

To overcome the already anticipated risks to the UN’s ability to monitor, report and respond to violations in face of COVID-19, donors and Member States should pay particular attention to ensuring that UN missions have adequately resourced stand-alone Child Protection functions.

Otherwise, the Secretary-General’s 2021 annual report on grave violations of children’s rights next year is poised to be slim and the UN Security Council stands a chance of losing track of the picture of what is happening to children in war-affected countries.

This monitoring forms the basis of the UN’s ability to hold perpetrators to account, for example through its action plans signed with parties to conflict to end and prevent grave violations.

Now is the time to boost, not reduce, this capacity if governments are serious about protecting children in conflict.

*Dragica Mikavica is Senior Advocacy Adviser, Save the Children. She has spent the last six years advocating rights of children, affected by conflict, through the UN, and is currently working for Save the Children in New York. She grew up in Bosnia during its civil war, in the early 1990s.

The post An Appeal to UN’s Budget Committee: It’s no Time to Cut Back on Child Protection appeared first on Inter Press Service.

The post An Appeal to UN’s Budget Committee: It’s no Time to Cut Back on Child Protection appeared first on Inter Press Service.

COVID19 and Its Impact on Pacific Island States

THE SOUL OF THE BLACK RACE: TERRORIST FIGHT THYSELF?