An Economist, Dr Lord Mensah, is urging government not to extend stimulus package to the Hospitality and Tourism sectors of the economy as at now.

According to him even though those sectors are also important
to the growth of the economy, injecting funds into them may not yield immediate
results.

“There are some sectors that even if you give them the
subsidies, they won’t get patronage as we speak now.

“Now, we are distressed as a country and areas like
hospitality, hotels are not key sectors to touch now when it comes to providing
stimulus package”, he stressed.

Dr Mensah made these remarks in an interview with Accra
based Citi FM, which was monitored by the Ghana Talks Business.

Support only the critical areas

Rather, Dr Mensah, is advising government to direct the
stimulus packages to the critical sectors of the economy such as agro
processing.

He argues that stimulus packages ought be an incentive that bring about economic growth to support the vulnerable in society and businesses, hence needs to be approached with tact.

He said, he is not against the hospitality industry. There is, however, the need to quickly resuscitate those sectors of the economy that are hit most in order to lessen their losses.

“If you provide stimulus package for these sectors who are those going to patronize it. It’s a problem for people to go to the public and have entertainment and all that in this time,” he said, suggesting that some measures can be put in place for players in the hospitality industry in the near future.

The support packages, he explained, may come in the form of
subsidies, tax waivers and tax cuts.

“You can provide tax cuts and at the same time subsidies.
Provide incentives to areas and possibly that is where the one billion will go.
And providing funds does not mean you have to go direct by putting money into
people’s pockets. We have to be careful how we go about this,” he stressed.

The package, the President believes, will mitigate the
impact of the Coronavirus on businesses and households and ensure that job
losses are minimized.

“The Minister for Finance…will, then, immediately make
available a minimum of one billion cedis (GH¢1 billion) to households and
businesses, particularly small and medium scale enterprises,” President
Akufo-Addo announced.

“commercial banks are, in addition, responding to the Bank
of Ghana’s 1.5% decrease in the Policy Pate and 2% in reserve requirement with
a GH₵3 billion facility, to support industry especially in the pharmaceutical,
hospitality, service and manufacturing sectors”, he added.

Furthermore, the President also announced the provision of
additional relief, such as extension of the tax filing date from April to June.

Again, effective April 1, 2020, there will be a two percent reduction
of interest rates by banks, a six-month moratorium of principal repayments to
entities in the airline and hospitality industries by the banks

Ghana’s cases currently stand at 195 and this include 5 deaths, 3 recoveries, 18 patients discharged to go on home management, 80 patients responding well to treatment, this is according to the latest update as at 8 am, today, Wednesday, April 1, 2020. 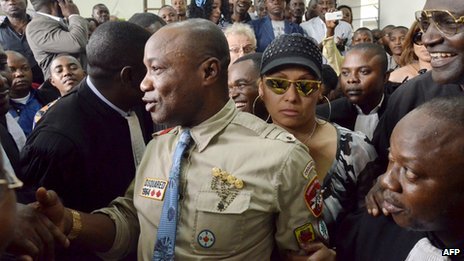