NEW YORK, USA, April 2, 2020,-/African Media Agency (AMA)/- Out of nine pregnancies, Kadiatou experienced five tragic stillbirths, all at her home in rural Mali. Each time, she gave birth without the assistance of a skilled attendant. She never received antenatal care.

None of this was her choice.

Her ninth pregnancy ended in an excruciating and prolonged labour, which led to an obstetric fistula – a traumatic birth injury that causes chronic incontinence, and can lead to pain, infection and rejection by the community.

Even so, her husband’s family refused to allow her to seek care.

“My husband wanted to send me to Bamako for treatment,” 46-year-old Kadiatou explained to UNFPA, “but his little brother objected, saying it was not that bad.”

She suffered for a year before finally undergoing the repair surgeries she needed.

Kadiatou’s case is not an isolated one: Around the world, millions of women are not empowered to make fundamental choices about their own bodies and health.

A new report by UNFPA offers, for the first time, a global view of women’s decision-making power over their own bodies. The findings are dismaying.

Only 55 per cent of women are able to make their own decisions over all three areas.

And in more than 40 per cent of these countries, women’s decision-making power is not improving – or is even regressing. For example, in Benin, 41 per cent women were able to make these decisions in 2006, compared to 36 per cent in 2018.

Dr. Lise Marie Dejean saw this all too clearly when she was practicing in south-western Haiti.

“I remember when I was doing training sessions for couples on reproductive health,” she recalls. “Women hardly ever spoke. Always the men spoke.”

These experiences had an impact on Dr. Dejean. She went on to serve as the country’s first Minister for the Status of Women and Women’s Rights, and she founded the feminist organization Solidarite Fanm Ayisyen.

Poverty and rural isolation can make things worse. “In two very remote localities of Grand’Anse, Lopineau and Massanga, I also noticed that it was men – members of peasant groups – who came to me to ask for a contraceptive method for their wives. In other words, when women had to adopt a method, it was mostly the men’s decision,” Dr. DeJean said. “All of this reflects, in my opinion, a lack of autonomy for women.”

A gulf between laws and reality

UNFPA’s new report also launches a system to measure whether governments are enacting laws to protect women’s access to sexual and reproductive health services and information.

Mali, where Kadiatou lives, has in place 79 per cent of the laws and regulations needed to guarantee full and equal access to sexual and reproductive health and rights. For example, laws in Mali guarantee access to maternal health care. This makes Kadiatou’s experience particularly eye-opening; laws were not enough to support her right to safe pregnancy and childbirth.

In fact, Mali is one of several countries showing a significant gulf between the legal measures in place to protect women’s autonomy and women’s actual experiences. Such findings can help pinpoint which actions are needed, and where. Some countries require interventions to address attitudes and education, for instance. Others still have significant legal gaps.

The report also underlines another critical gap: more than 100 countries around the world do not have available data on either women’s decision-making power over their sexual and reproductive health or on the laws guaranteeing their access to reproductive health services and information.

“Before this data, we knew that women’s decision-making on sexual and reproductive health was a major challenge and that restrictive laws were in place, but until now we didn’t have the evidence to back this up,” added Emilie Filmer-Wilson, a UNFPA human rights expert who worked on the report. “These data shows us the urgency of stepping up our efforts to support women’s rights and agency.”

Distributed by African Media Agency (AMA) on behalf of UNFPA . 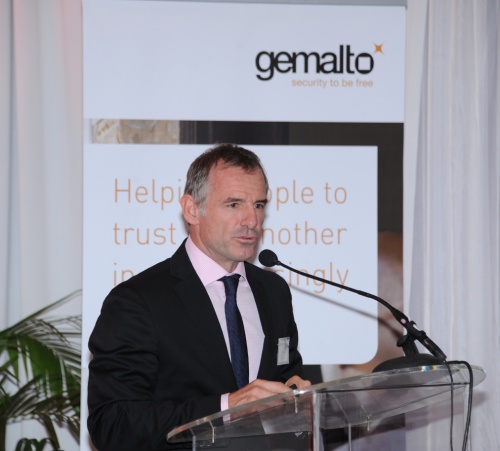