Three months ago, I suggested in this Blog that fellow South Africans should consider honoring former President F.W. de Klerk’s contribution to ending apartheid as enthusiastically as African-Americans continue to idolize Abraham Lincoln for abolishing slavery in 1863. I hereby withdraw my appeal because de Klerk has steadfastly failed to acknowledge that apartheid was wrong and to sincerely apologize for it. In short, de Klerk has refused to face the evils of the past.

Abraham Lincoln ended American slavery on the basis of a moral imperative: it was wrong in principle. For de Klerk’s the issue of morality never seems to arise; he has never genuinely addressed whether, to him, apartheid was right or wrong. His preoccupation has always been to evolve a political strategy to preserve Afrikanerdom. This explains why, until shortly after this year’s fiasco at the South African State of the Nation Address (SONA), de Klerk made a fool of himself by admitting publicly that he did not know that apartheid was ever internationally condemned as a crime against humanity.

At the core of the parliamentary confusion on February 3rd was the fact that South Africans, and the world, do not agree on who or what brought about the collapse of South Africa’s draconian socio-economic disorder twenty six years ago. De Klerk and his loyalists are quick to claim that their man, de Klerk, single-handedly brought down apartheid.

The radical Economic Freedom Fighters are obviously unprepared to confer credit for South Africa’s freedom to de Klerk. In addition to being white, he is an Afrikaner who benefited handsomely from the racially-brutal system. He finally rose to the pinnacle of power by winning the leadership of all-white National Party in September 1989. As apartheid’s ‘Golden Boy,’ could de Klerk sincerely dislodge the system?

De Klerk’s life was indeed molded by apartheid and in the end he became president of the globally-loathed eco-system of unmitigated racial discrimination and white supremacy. Within the confines of South Africa, De Klerk slowly but surely evolved into a showcase of apartheid’s success. It was almost unthinkable that a man whose stature was so intertwined with apartheid could sincerely engage in its dismantling.

Non-white Africans tend to confer credit for apartheid’s collapse largely to friends and sympathizers who openly extended assistance to the anti-apartheid forces at their moment of need. African leaders and external sympathizers, their usually non-conformist ideologies notwithstanding, were true friends to the black South Africans to the extent that they supported anti-apartheid forces proudly and unconditionally.

Under these circumstances, was de Klerk pushed or did he choose to negotiate apartheid away in the late 1980s? Pose this question to any politically-aware black African and odds are the answer will be: he did not have a choice. In other words, de Klerk knew that apartheid was already en-route to its grave.

De Klerk was indeed part of the early realization of the wisdom to negotiate with ‘the enemy’ before apartheid collapsed altogether. However, he was by no means its originator. In January 1985 his predecessor, President P.W. Botha, had offered imprisoned-Nelson Mandela his freedom provided he renounced violence. Mandela declined the offer on the grounds that only free men make deals.

If de Klerk’s contributed to evolution of events at that phase, it was in refining and attempting to implement unconditionally a process which his predecessor had already tested. De Klerk’s task was considerably easier given that the disintegration of apartheid’s global boogeyman, the Soviet Union, was already underway.

De Klerk does deserve credit for realizing that race-based apartheid was doomed. Domestically and internationally, it was perceived as unsavory; it could not survive. The apartheid state could disintegrate voluntarily by design or lock horns in a protracted war of attrition that would have no winners. In the academicians’ jargon of the time, the latter alternative was “too ghastly to contemplate.”

Under these circumstances, the only viable option for the white-based rule was a negotiated settlement. If successful, even the former perpetrators of apartheid stood a chance to work out some kind of ‘acceptable deal’ to survive in the post-apartheid order. Even apartheid’s perpetrators would have carved the right of Afrikanerdom’s ‘soft landing’ in the ‘born-again’ South Africa. In this case apologies for apartheid would be gratuitous.

A crippling contradiction still remained. While both de Klerk and the rest of the world craved for the demise of apartheid, their aspirations were vastly different. The world expected apartheid to vanish from the face of the earth on moral grounds. But De Klerk and apartheid enthusiasts were driven by a desire for a ‘born-again’ South Africa where sins in the dying order went unpunished.

It is understandable that de Klerk and his Afrikaner resisted excessive condemnation of apartheid for its past brutality. To him particularly, extreme reprimand of apartheid would have been an attack on a system that had produced and nurtured him to global prominence. And, to his loyalists, de Klerk’s success was testimony to the viability of their threatened system. Hence, de Klerk’s defiant psychological make-up adamantly resisted finding fault with apartheid.

In fact it was immaterial to de Klerk’s thinking that apartheid may have perpetrated horrific racial crimes in the service of Afrikaners’ nationalism. His instincts were not open to debating such devilish aspects of apartheid’s injustices or whether or not he was duty-bound to apologize for them. His radar was focused on formulating a political strategy to save his Afrikaner community, including those guilty of past transgressions.

To de Klerk apartheid was generally fine. It was sentenced to death by a world that did not fully grasp the dynamics at work in his homeland, especially the racial component. Given this veneer, it was hardly a surprise that, as late as February 2020, de Klerk admitted publicly that he was not aware that apartheid was condemned worldwide as a crime against humanity. Unfortunately, a whole lot of people knew otherwise. 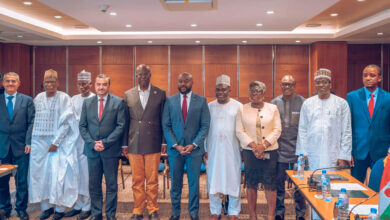