NAIROBI, Kenya, April 24, 2020,-/African Media Agency (AMA)/- Rwandan police have arbitrarily arrested scores of people since directives to prevent the spread of Covid-19 came into force on March 22, 2020. The authorities have accused people of violating the measures and at times detained people in stadiums without due process or legal authority.

Rwandan authorities should end the arbitrary detentions, including of journalists and bloggers trying to expose abuse, and ensure that security forces respect rights when enforcing the measures. Reports of killings, rapes, and other serious crimes by security forces during the lockdown should be promptly and transparently investigated and those responsible held to account.

“Government directives to prevent the spread of Covid-19 do not give security forces carte blanche to ignore rule of law and commit abuses against the population while locking up those trying to expose them,” said Lewis Mudge, Central Africa director at Human Rights Watch. “The Rwandan authorities should end these unlawful practices immediately, transparently investigate those responsible, and bring officers involved in violations and who have committed crimes to justice.”

Since the measures were announced, the police have tweeted that “failure to abide [by them] is a violation of the law” and warned that those “caught” will be fined or jailed. However, the directives do not provide for such sanctions, and the police offered no other legal basis to justify their asserted authority.

The directives, which have been extended until April 30, ban “unnecessary” movements, including for exercise; shut schools and places of worship; and ban travel between cities and districts and close borders, except for cargo and goods as well as returning Rwandans and residents, who are placed in 14-day mandatory quarantine. By April 22, the Health Ministry had confirmed 153 cases of Covid-19 and no deaths from the disease.

Since April 8, four bloggers who had reported abuses and one of the bloggers’ drivers have been arrested and detained for allegedly violating the government directives. After years of state interference and intimidation, most print and broadcast media are heavily dominated by pro-government views, but lately more sensitive reporting on social and human rights issues has been posted on online blogs and YouTube channels.

In a video posted on Ishema TV’s YouTube channel on April 3, three women from Kangondo II – a poor neighborhood also known as “Bannyahe,” in Remera sector of Kigali, the capital – told journalists that soldiers enforcing the lockdown raped them. One victim said that one night in March, a man in military uniform with a gun came into her house and raped her, while another hung her husband up by his legs from the window and beat him.

Another said she saw men being beaten while a man in military uniform forced her with the butt of his rifle to enter a neighbor’s house: “He raped me…. But what could I do when he was armed? How could I cry out when they were beating people outside with no intervention from the authorities?”

The BBC also reported the rapes. Two neighbors Human Rights Watch spoke with corroborated the women’s accounts, adding that more women had been raped but were not willing to share their stories and that the soldiers had also stolen goods in the neighborhood. One survivor, contacted on April 6, told Human Rights Watch that the military had threatened her and told her not to speak with anyone outside the country about what had happened to her.

Women and girls are at increased risk of sexual and other gender-based violence during the Covid-19 pandemic. Rwandan authorities should ensure that post-rape medical care as well as psychosocial support – including mental health care – are available for survivors, Human Rights Watch said.

The Rwanda Defense Forces said in a statement on April 4 that an investigation had been opened into the “allegations of criminal misconduct against citizens by [a] few indisciplined (sic) RDF soldiers,” and that five suspects were in detention.

However, since then, four bloggers working for Afrimax TV, Ishema TV, and Umubavu TV, which reported on the rapes and the impact of the directives on vulnerable populations, have been arrested in circumstances that appear retaliatory. In recent months, they had also shared testimonies about a long-standing dispute with authorities over land evictions in “Bannyahe.”

On April 8, the Rwanda Investigation Bureau (RIB) and police agents arrested Valentin Muhirwa and David Byiringiro, two bloggers with Afrimax TV, in Kangondo II. A witness told Human Rights Watch: “[The journalists] had spoken to the population about their concerns, the evictions, the theft by soldiers, and the rapes. They told them that they didn’t have any food to eat…. On April 8, [the journalists] returned with supplies in a van.” Two residents said the team of six requested permission from the local leader to distribute food and goods, but after 30 minutes, RIB and police agents appeared, accused them of violating the government directives and organizing an unauthorized distribution, confiscated the goods, and arrested them.

On April 12, RIB tweeted confirmation of the arrest of Theoneste Nsengimana, the owner of Umubavu TV, for alleged fraud. RIB accused him of promising 20,000 Rwandan Francs (US$ 21) to people to say they were receiving assistance from abroad “for the purpose of soliciting the story for his own benefit.”

The Rwanda Media Commission said in a statement on April 13 that none of the detained journalists were arrested in relation to their work and that online bloggers, such as those using YouTube, are not journalists and are “not authorized to interview the population.”

On April 15, Dieudonné Niyonsenga, also known as Cyuma Hassan, the owner of Ishema TV, was arrested with his driver, Fidèle Komezusenge. RIB accused Niyonsenga of violating the lockdown measures and giving Komezusenge an unauthorized press pass.

Both the International Covenant on Civil and Political Rights and the African Charter on Human and People’s Rights, to which Rwanda is a party, protect free speech, which includes the important work and role of journalists. The United Nations Human Rights Committee, which monitors the covenant, emphasized in its guidance on freedom of expression that journalism is “a function shared by a wide range of actors, including professional full-time reporters and analysts, as well as bloggers and others who engage in forms of self-publication in print, on the Internet or elsewhere.” The African Commission on Human and Peoples’ Rights’ Declaration of Principles on Freedom of Expression and Access to Information in Africa also protects journalists and online media.

A free press should be able to challenge official narratives and share information of public interest, including by investigating abuses by security forces, through any media. Any journalist arrested for doing their job should be immediately released, Human Rights Watch said.

On March 25, media reported that Rwandan security forces shot dead two residents of Nyanza District. Rwanda National Police said they were shot in self-defense after allegedly attacking an officer and criticized “improper and unprofessional” conduct of journalists for tying the killings to the lockdown.

Since the lockdown came into force, police and local media have reported scores of arrests of people accused of violating the government’s directives. On April 15, Human Rights Watch wrote to Justice Minister Johnston Busingye to request information about the legal grounds on which these people are being arrested and fined, but he has not responded. To be legal and non-arbitrary, any deprivation of liberty can take only take place on grounds established by law.

Two residents of Gisenyi, in northwestern Rwanda, told Human Rights Watch that police arrested people who attempted to move around, even for essential errands such as banking or buying food, at checkpoints and took them in overcrowded pickup trucks to the local stadium as “punishment.” People were made to sit a few meters apart in the sun.

“We were about 100 when I arrived, but every 30 minutes they brought more people,” said a resident who was detained at Umuganda stadium in Gisenyi in early April. “I spent eight hours there; some women had their young children with them, who were crying…. We didn’t get water or food…. Some were kept there until 9 p.m. and had to walk home afterwards.” Human Rights Watch has received credible accounts that people accused of violating the lockdown rules in Kigali have also been detained in stadiums.

On March 27, President Paul Kagame announced a “social protection plan,” which includes the delivery of free food to at least 20,000 households in Kigali. One Rwandan journalist told Human Rights Watch on April 17: “Some journalists have been trying to find out who is benefitting from this program; these bloggers who were arrested were trying to uncover the facts.”

“It’s unacceptable for Rwanda to use authoritarian tactics to enforce public health measures to contain Covid-19’s spread,” Mudge said. “The media crackdown sends a deliberately chilling message at a time when scrutiny of security forces’ behavior is critical.” 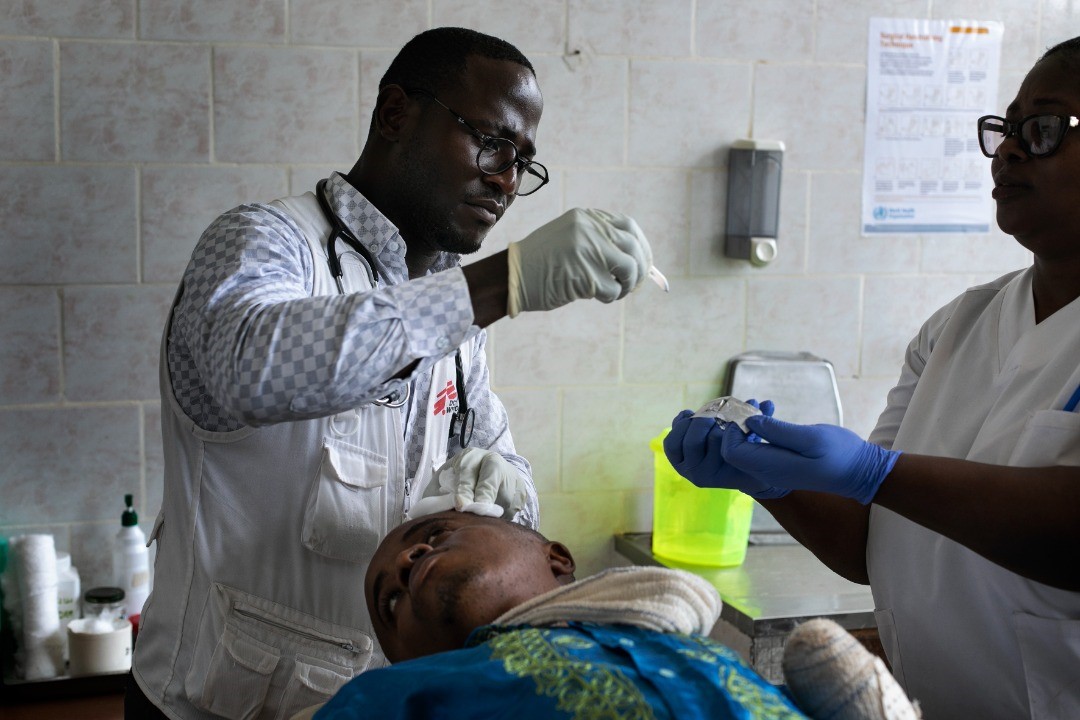