There have been several calls for mediation between President Adesina and his critics, in the interest of a smooth re-election process and transition at the African Development Bank

This article is intended to highlight the recent achievements of the African Development Bank under President Akinwunmi Adesina, underscore the need for a smooth Presidential re-election, and highlight the contributions of the Bank to COVID-19 containment efforts across Africa.

Besides maintaining the African Development Bank’s “AAA” credit rating and increasing the net operating income of the Bank by 50 percent, President Adesina has helped to mobilize US$ 80 billion of new investment capital to support countries in Africa. For example, through the establishment of the Africa Investment Forum, the African Development Bank and its partners intend to leverage approximately US$ 300 billion of new private capital in Africa over the next 8 years.

In October 2019, the African Development Bank successfully completed an unprecedented 125 percent General Capital Increase (GCI-7), increasing the authorized share capital of the Bank from US$ 93 billion to US$ 208 billion, the highest in the history of the Bank since its establishment in 1964. ADB’s concessional window, the African Development Fund (ADF) was also increased by 35 percent, making more funds available to support low-income countries and economies in transition.

Need for a Smooth Presidential Re-election and Transition

By virtue of its corporate governance structure, the African Development Bank cannot be held hostage by any single individual. When an Executive Director, who is expected to provide managerial oversight of the Bank, assists in the preparation of allegations of breaches of the Bank’s Code of Conduct by the Bank’s President, one begs the question of the extent of professional integrity of the Executive Director. Could it be true, that some Non-regional Executive Directors appointed to serve on ADB’s Board are often former finance executives deliberately sent on exile from the capitals of their countries of origin, for one reason or the other?

To date, there have been several calls for mediation between President Adesina and his critics, in the interest of a smooth re-election process and transition at the African Development Bank. The United States still remains the second largest shareholder of the African Development Bank and President Adesina continues to receive overwhelming support from US government agencies and institutional partnerships.

Amidst the struggle of the COVID-19 containment effort and the need for macroeconomic stabilization across Africa, President Adesina, has remained focused on providing the much needed assistance to regional member countries and designing innovative financial instruments to help countries with the greatest need during this difficult period.  The African Development Bank, as Africa’s premier financial institution, has maintained its record of good governance and delivering crisis response programs to countries with the greatest need in a timely manner.

Moving forward, we hope that President Adesina will get re-elected for his second term in view of the overwhelming support he is receiving from both regional and non-regional member countries.  His more recent achievements in relation to COVID-19 include the launch of the US$3 billion COVID-19 Social Bond on March 26, and the US$10 billion COVID-19 Response Facility announced on April 8.

As we brace ourselves up for the changes envisaged in the post COVID-19 global financial architecture, we hope that President Adesina’s transition to his second term would be smooth, to enable him to successfully deliver on his commitments to Africa and help the continent reposition itself in the new era.

We remain resolute in our unflinching support of President Adesina and trust that the global development community would join us in endorsing his second term as President of the African Development Bank.

* Dr. Patricia Laverley is the Deputy Minister of Finance of Sierra Leone

Guinea inaugurates a contested Parliament with an ethno-nationalist as speaker 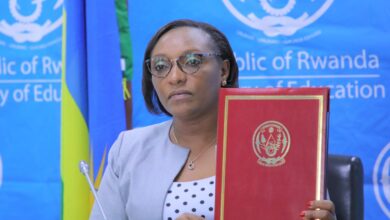 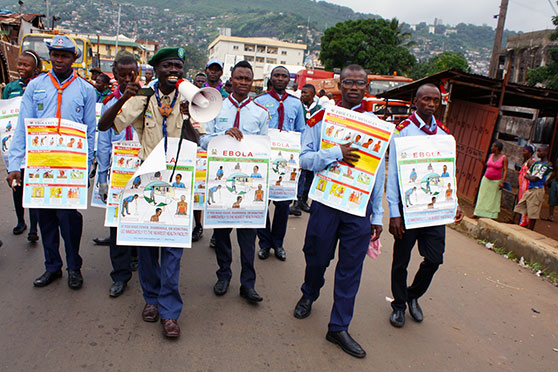