Rwanda Defence Force has announced that Col Byabagamba is suspected of criminal activities related to attempt to commit corruption and attempt to escape from a prison.

Suspected criminal activities committed by Colonel Tom BYABAGAMBA and his inside and outside accomplices are being thoroughly investigated.

“The RDF reassures the public that justice will take its course and will not tolerate any person who violates the law and RDF ethics and values”, the announcement reads

Col Tom BYABAGAMBA was arrested on August 24, 2014. On 27 December 2019, the Court of Appeal sentenced him to an imprisonment of 15 years and stripping off his military ranks.

He was found guilty of inciting insurrection or trouble amongst the population; tarnishing, as a leader, the image of the country or Government; wilfully concealing objects that would facilitate the execution of a crime; and contempt of the national flag.

Byabagamba, who once headed the Republican Guards together with his co-accused Brigadier General Frank Rusagara have recently appealed to the East African Court of Justice (EACJ) seeking to challenge their continued detention wich they call ‘illegal’.

Their appeal is yet to be heard by the East African Court of Justice.

Divined Akhis Brothers: Young Gambians Determined to use Poetry to Speak for the Voiceless and Societal Change

Kenya:Safaricom half-year profit drops for the first time in 8 years 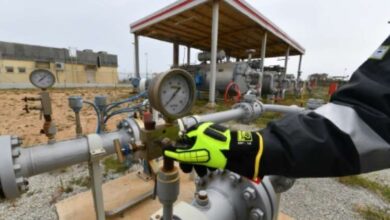