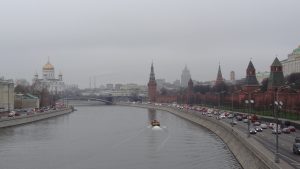 The Russian capital, Moscow. Sex workers in the country say although public opinion about their work is shifting, they still face marginalisation and criminalisation. Credit: Ed Holt/IPS

Despite seeing a shift in attitudes towards them in recent years, Russian sex workers say they continue to struggle with marginalisation and criminalisation which poses a danger to them and the wider public.

“Media have begun to talk and write much more about sex work. Much of this has been more positive to sex workers, …and both their tone and rhetoric have become more tolerant,” Marina Avramenko of the Russian Forum of Sex Workers, which offers legal consultancy and support to sex workers, told IPS.

She added: “Sometimes media outlets conduct informal opinion polls about attitudes in society towards sex work and according to the results of these informal surveys, it is evident that more people have begun to talk about the need to allow sex work.”

Sex workers are one of the most marginalised groups in Russia today.

This is down in part to the influence of the Orthodox Church, which has grown in popularity in the decades since the fall of communism, on society and government policy. As with many other minority groups, such as the LGBTI community, sex workers have been demonised by the clergy.

“A negative attitude towards sex workers has been formed in society through propaganda and the Church. Sex workers are not recognised as a ‘social group’ and when people call for them to be killed or raped, or spread hate against them, they are not punished.

“False myths are also spread in society that sex workers destroy families, that they infect people with various diseases, and that sex workers are associated with organised crime,” said Avramenko.

Criminalisation itself also fuels this marginalisation.

International rights groups, including Amnesty International and Human Rights Watch, have repeatedly highlighted the effects of criminalisation of sex work.

They point out it often leaves sex workers with no protection from police, unable to report crimes against them during their work for fear of getting a criminal record, or having their earnings confiscated or their work reported to others.

This means that the perpetrators of the crimes against them know they can act with impunity, while police can also abuse, extort or physically and sexually assault them with equal impunity.

Indeed, this is often the case in Russia. According to the Russian Forum of Sex Workers, informal surveys have shown that in about 80 percent of police raids on brothels or independent sex workers’ establishments, officers beat sex workers.

Some sex workers also recount horrific incidents they know of colleagues gang-raped by police, or held for days at police stations and beaten and starved.

“In general, police officers feel even more impunity than criminals and commit many crimes against sex workers,” said Avramenko.

Because of this, sex workers seldom report crimes to police. And, even if they do, these are rarely, or poorly investigated.

Evgenia Maron of the Russian Forum of Sex Workers’ Executive Committee, spoke to IPS about some of the cases which the group had been involved in, including that of sex worker from Gelendzhik who was raped. Investigators refused to initiate proceedings against her attacker on the grounds that “the applicant provides sexual services, which means that the perpetrator’s actions are not socially dangerous”.

He was eventually jailed for five years after Russia’s Commissioner for Human Rights intervened.

In another case, a man filmed the robbery and rape of a sex worker in Ufa and forced his victim on camera to say that she was a prostitute as he was sure this would guarantee his impunity. He was eventually convicted but was sentenced to just over two years in jail and released immediately because he had already served that time in prison awaiting trial.

Sex workers also struggle to access lawyers. According to Maron, out of 250 cases where sex workers ended up in court under Administrative Code offences, only two were represented by lawyers in their hearings. 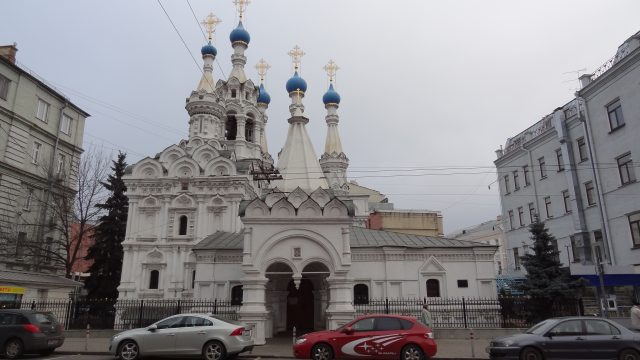 International rights and health organisations have also warned of the serious health threat posed by marginalisation of certain groups in society, including sex-workers.

Russia has one of the world’s worst HIV epidemics with more than a million people infected and infection rates running higher than in sub-Saharan Africa. The epidemic has been driven largely by injection drug use but HIV is increasingly transmitted sexually and sex workers have been identified as particularly vulnerable.

A study published in 2016 by the Sex Workers’ Rights Advocacy Network (SWAN) in Eastern Europe and Central Asia, showed more than a quarter of sex workers had faced physical or sexual violence by police officers and that police persecution deprived them of the opportunity to work in safe conditions, choose clients, or use condoms with every client.

But stigma and fear of their work being exposed mean sex workers struggle to access proper healthcare.

“Sex workers face obstacles in receiving medical care, primarily because there are very few special programs for them, and when they turn to state healthcare services, sex workers hide because of concerns about stigma that they are engaged in sex work,” said Maron.

Maron said that ensuring sex workers’ rights was essential, not just for the workers themselves, but for any country’s wider society, including public health.

“In the the event of violence, a sex worker cannot control the use of condoms, for example. Sex workers having greater guarantees of protection from violence, being able to file complaints with the police without obstacles, and rapists being punished to the fullest extent of the law will lead to positive health outcomes in the long run.

“It is violence that prevents necessary protection against STIs and other infections which have an important impact on public health,” she said.

In a few months a new version of Russia’s Administrative Code, which governs civil law offences, is due to be approved by lawmakers.

During its drafting phase Russian rights organisations and sex worker groups campaigned to have penalties for sex work stripped from the new version of the code.

The fines are officially recorded in an Interior Ministry database and employers running background checks on job applicants will often reject those they see have fines for sex work. There have also been reported incidents of the children of sex workers being refused access to higher education or employment in the public sector after these records have been found.

“[Having] prostitution as an offence destroys all opportunities for [these] women in their future lives,” Irina Maslova, director of the Silver Rose sex workers’ rights movement, was quoted as saying in the Kommersant newspaper in March.

The calls were ignored and relevant articles in the current code on sex work will remain in the new code.

Many rights groups say that the work undertaken by groups like the Russian Sex Workers Forum to try and guarantee sex workers’ rights is essential to ensuring wider gender equality.

In a 2017 report, the Global Network of Sex Work Projects argued that “ultimately, there can be no gender equality if sex workers’ human rights are not fully recognised and protected”.

“Given that the majority of sex workers are women and many come from LGBT communities, protecting sex workers’ rights is imperative to achieving gender equality as defined under the Convention on the Elimination of All Forms of Discrimination Against Women (CEDAW)”.

According to a policy brief on sexual health and rights by Women Deliver, an international organisation advocating around the world for gender equality and the health and rights of girls and women, “policies that address the often tenuous legal positions of sex workers should ensure that they are not further victimised by laws that could potentially lead to incarceration”.

“Sex workers are often forced to live and work on the margins of society due to the criminalisation and stigmatisation of their work; this provides them with little possibility for legal recourse if they experience any kind of gender-based violence. Strong legal and policy frameworks must include provisions that reflect the complete and diverse experiences and challenges women face in order to truly provide comprehensive protection of women’s sexual health and rights,” Women Deliver state.

Meanwhile, Russians sex workers continue to call for decriminalisation, although, Avramenko argues, it will only help to a certain extent.

“By itself, decriminalisation will not change much,” said Avramenko, citing the experience of sex workers in Kyrgyzstan and Kazakhstan where sex work is decriminalised.

“There, sex work is not punishable, but the police and the state are constantly finding ways to violate sex workers’ rights,” she said.

She added decriminalisation needed to be accompanied by greater public awareness of sex work and its benefits for society as well as rooting out police corruption.

It appears unlikely this will happen any time soon with the church continuing to wield significant influence over political policy and public opinion, and the recent lack of change to civil law offences for sex work.

Maron said that for activists like her there was little they could do than carry on their work.

“We will continue to try to improve access to healthcare and justice for sex workers and open dialogue about what sex work is and what interaction with a sex worker means for wider society,” she said.

Their work does seem to be having some effect though, as the change in media reporting and surveys showing a more positive public attitude to sex work suggest.

“This is down to our work,” said Avramenko.

Ensuring sex workers’ rights was essential, not just for the workers themselves, but for any country’s wider society, including public health