It isn’t breaking news that the world is currently in “lock-down mode.” Around the globe, the COVID-19 pandemic has made conditions dire and triggered global economic shutdowns.

For the oil and gas market, it has been an especially trying time. As our global society battles the virus, demand for oil and gas has plummeted. In fact, April 2020 could see a drop in oil demand by more than 30 million barrels a day. To put that into perspective, that represents a third of the world’s daily use.

Now add an oil price war that has had Saudi Arabia and Russia increasing oil production and battling for market share since March 8, and you have a perfect storm. In March, the benchmark WTI and Brent each fell more than 50 percent. In the first quarter overall,  WTI fell 66 percent and Brent dropped 65 percent.

The once-prolific shale operations across the U.S. are now seeing abandoned projects that have little to do with social distancing. Generally speaking, the hydraulic fracturing (“fracking”) process that has become the industry standard in shale production is expensive—meaning the ultralow oil prices make the process cost-prohibitive at the moment. Whiting Petroleum in North Dakota’s Bakken is today’s poster child for the current state of that segment: After topping $150 a share just a few years ago, the producer’s stocks took a nosedive to close at 67 cents on March 31. The following day, the former shale giant filed for bankruptcy.

I won’t deny that this situation is grim, but it is not a reason to panic. The oil and gas industry is cyclical by nature, and downturns come with the territory. While the situation we find ourselves in now is unusual, there certainly is precedent for recovery.

Already, we’re seeing reasons to be hopeful: The oil price war appears to be drawing to a close. Russia and Saudi Arabia reached a tentative deal on production cuts during an April 9 OPEC meeting, and other producers may soon follow suit with cuts of their own. The situation is still fluid, but it looks promising. As for the lack of demand caused by COVID-19 lockdowns, no one can say how long it will last. But it won’t last forever.

For now, I have some advice for the U.S. drillers striving to get through this challenging period: This could be a good time to take a fresh look at Africa. When I wrote my book, Billions at Play: The Future of African Energy and Doing Deals, I explained how the American shale boom affected the presence of American oil and gas companies in Africa. By that time, 2019, many U.S. companies had exited or reduced their footprint in Africa to focus on U.S. shale production. It could be that the factors that made shale a more profitable option than production in Africa no longer exist.

I realize overseas operations may sound counter-intuitive to companies that are slashing their budgets, but there are sound business reasons behind my recommendation. In particular, the low cost of production should be considered: Deepwater wells have been drilled for less than $50 million in Angola. Plus, Africa’s rich resources still represent opportunity, including a wealth of natural gas waiting to be discovered.

Oil produced in the U.S. needs to sell for at least $30 to $50 to be profitable. In contrast, I believe that it’s possible to make a profit selling African oil for $25 to $30. Quite simply, it’s cheaper to obtain assets like oil and gas mineral rights and oil field licenses in Africa. What’s more, the revenue that can be obtained from the assets is higher. The cost of production is typically much cheaper. As I noted in my book, the past few years have seen significant drops in E&P costs in Africa: Rig rates have come down, and the efficiency of drilling has improved. Plus, drilling is being conducted in more favorable conditions: Drillers are avoiding high pressure, high temperature, and ultra-deepwater plays.

U.S. Independent producers doing exploration and production activities have fewer regulations in Africa, which potentially could make operations less costly. Plus, one positive “side effect” of our current economic challenges is a renewed dedication on the part of several African petroleum and energy ministers to strengthen cooperation, promoting synergies, intra-African trading, and knowledge exchange. This could spell significant ease for multinational efforts in Africa.

Possibly the best case for encouraging activity among African fields is all this untapped potential. The continent is truly one of the last promising regions for both offshore and onshore oil production. Four years ago, the U.S. Geological Survey estimated that were 41 bbo and 319 tcf of gas waiting to be discovered in sub-Saharan Africa. It’s still waiting!

Even during times of economic difficulty, including the Great Recession, natural gas consumption has increased. Natural gas prices are down at the moment, but that could change. Social distancing and shutdowns won’t necessarily impact demand for natural gas long term, since it is widely used to generate electricity; for heating, cooling and cooking; waste treatment and incineration; and as feedstock for a wide range of chemicals and products from butane and propane to fertilizers and pharmaceutical products.

What’s more, the current low prices might actually foster its demand in a post-virus market where we see power generation switching increasingly from coal to natural gas or where natural gas is used as feedstock for hydrogen generation.

These near-term fuel-switching opportunities are expected to be followed by robust LNG market growth in the medium-to-long term.

My book has in-depth, and very honest information, about the risks of operating in Africa and the opportunities for significant returns. Before dismissing my suggestions, I encourage drillers to utilize this resource.

In short, it would be a mistake for international oil companies to ignore Africa. Many of Africa’s oil and gas fields were discovered and/or established by U.S. companies, from Kosmos Energy’s discoveries in Ghana and offshore Senegal to VAALCO Energy’s success offshore Gabon. They took a chance in these frontier markets—and their investments have really paid off.

The Book Can Be Found Here: https://www.amazon.com/Billions-Play-Future-African-Energy/dp/1913136345 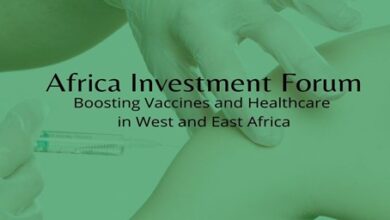